Reminders that the drug war is all about Criminal Mercantilism

5 popular but harmful drugs that can be replaced with marijuana

This article is dedicated to anyone that struggles with prescription drugs on this list because they are afraid of consuming a plant deemed illegal by the State. 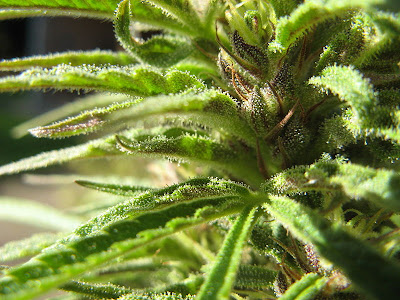 Cannabis is simply the best natural remedy
to safely treat many ailments
The notion that any authority can determine what a sovereign human being can and cannot ingest into their own body is the very essence of control. Banning any substance from responsible adult consumption no matter how harmful should simply not be permitted in a free society.

However, certain substances are deemed so harmful by "experts" that they claim to adversely affect society as a whole and thus they're banned from the population. Of course, force of laws with guns and jails have never been able to eliminate their use throughout history. So, as a practical matter, banning any substance from society always tends to do more harm than good.

The utter failure that is the war on drugs seems to have ulterior motives besides protecting society, as evidenced by the countless harmful chemicals that are legal to consume. Marijuana is the most obvious example of a substance that remains illegal not because of health threats, or because it's a danger to society, but rather because its benefits threaten entire industries, especially Big Pharma.

If you need a fix to ease pain, depression, anxiety, sleep disorders and a host of other ailments, then a legal drug dealer is happy to sell you a chemical concoction with endless side effects. Recent studies show huge spikes in psychiatric drug use, as well as addiction to prescription pain pills, yet they remain legal and doctors get incentives to push them.

In nearly every case, marijuana is a safer alternative and just as effective. When eaten or vaporized, cannabis has proven entirely beneficial as a natural alternative. Here are 5 popular but dangerous drugs that could, in most cases, be replaced by cannabis.

1. Painkillers: Vicodin, Demerol, Oxycontin, or Percodan are used to treat moderate or severe pain. They're all highly addictive and come with side effects that vary widely from stomach problems, dizziness, depression, pain and spasms, to even death. Marijuana is a proven pain reliever that takes the edge off even the most severe pain. It is not physically addictive, has very few side effects by comparison, and has never caused a single death in 5000 years of recorded use.

2. Tranquilizers: Valium, Xanax, and Ambien are examples of popular anti-anxiety drugs. All Americans will likely know someone close to them who are dependent on these drugs to cope with daily life. The side effects are similar to anti-depressants and painkillers; stomach and liver problems, depression or suicidal thoughts, dizziness and confusion, etc. Marijuana is an excellent substitute for these temporary anxiety relievers, again with far fewer negative effects.

3. Alcohol: Alcohol is the most commonly used and accepted substance for self-regulated stress relief. It's used by countless Americans to take the edge off a long work day, and also by many soldiers seeking to relieve Post Traumatic Stress Disorder (PTSD). Alcohol is highly addictive and causes many long-term problems like high blood pressure and liver failure. Marijuana has proven to be far safer and more effective in reducing stress, especially among PTSD sufferers.

4. Anti-depressants: Prozac, Zoloft, Elavil, or Paxil are popular anti-depressants that a huge portion of the population are now dependent on. Side effects like nausea and sexual dysfunction are common, while suicidal tendencies are also increased tremendously, which seems to negate their very purpose. These selective serotonin reuptake inhibitors (SSRIs) reduce the body's ability to produce natural serotonin and can be difficult for people to find a healthy balance once they rid the drug from their system. Marijuana, although a temporary anti-depressant, is far less dangerous and may result in instant happiness bordering on silliness.

5. Aspirin and Tylenol: These commonly-used over-the-counter drugs for minor aches and pains cause stomach problems like ulcers, liver damage, and even death. That's right, Tylenol causes about 450 deaths a year and Aspirin causes a whopping 13,000 deaths per year from sudden bleeding. Many natural alternatives can be used for the symptoms that these drugs ease, and marijuana is just one of the safer options -- with none of the damaging side effects.

As you can see, marijuana, which can be easily grown in nearly every climate, is a huge threat to these billion-dollar-a-year drugs. And this list represents a tiny fraction of the harmful pharmaceuticals that can be replaced by cannabis. To claim that cannabis is more dangerous than any of these popular legal substances is blatantly false, thus there's no reason for its prohibition other than the threat of competition to Big Pharma.

Thankfully, you're not a criminal in over a dozen states if you use marijuana in place of them. And surely, it's only a matter of time before it's obvious to everyone that marijuana users should not be labeled criminals no matter what they use it for.
Posted by Douglas Andrew Willinger at 11:46 PM