FRC ignores the Book of Genesis ' use the herbs of the earth as meat' via reactionary interpretations of versus against excess that would define any amount of use as such, even disregarding dosage.  Though supposedly 'evangelical' - 'protestant' , 'Christian',  FRC adopts the stance of the satanic Mystery Babylon as pushed by the Roman Catholic Church


And God said, Behold, I have given you every herb bearing seed, which is upon the face of all the earth, and every tree, in the which is the fruit of a tree yielding seed; to you it shall be for meat. 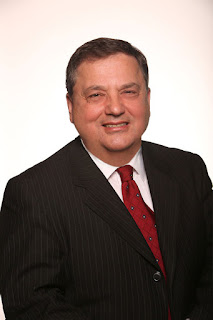 
Christian Faith and Marijuana Use

According to the White House National Office of Drug Control Policy, "Since 1996, 20 states and Washington, D.C. have passed laws allowing smoked marijuana to be used for a variety of medical conditions."[1] This trend reflects what seems to be a growing national tolerance for the use of marijuana for both recreational and medical purposes.[2]

In our time, the recreational use of illicit drugs has become increasingly widespread. The National Institute on Drug Abuse (NIDA) notes that "Illicit drug use in America has been increasing. In 2012, an estimated 23.9 million Americans aged 12 or older-or 9.2 percent of the population-had used an illicit drug or abused a psychotherapeutic medication (such as a pain reliever, stimulant, or tranquilizer) in the past month. This is up from 8.3 percent in 2002." The NIDA goes on to note that "The increase mostly reflects a recent rise in the use of marijuana, the most commonly used illicit drug... In 2012, there were 18.9 million current (past-month) users-about 7.3 percent of people aged 12 or older-up from 14.4 million (5.8 percent) in 2007."[3]

Some argue that moderate use of a drug like marijuana, which often is seen as non-addictive and a much milder drug than heroin, is no different than having a glass of wine at dinner. However, medical experts have found that marijuana has far more harmful and complex psychoactive effects than a glass of wine.

[source? Apparently FRC is unaware of the 180 degree change in opinion by one of the U.S. government's leading researchers on Cannabis: http://freedomofmedicineanddiet.blogspot.com/2010/12/top-anti-researcher-180.html]

In this document, the focus will be on the guidance scripture offers concerning substance abuse.

The Bible's Guidance on the Use of Intoxicants

The Bible is clear that drunkenness is wrong (Proverbs 23:21, Isaiah 28:1-8). It makes one vulnerable not only to excessive actions but conduct inconsistent with Godly living. Consequently, using an alcoholic beverage and, by extension, a drug to alter one's mind and emotional state is not only unwise in itself, it is also, more importantly, unacceptable to God. Given the inherently intoxicant nature of hallucinogens, virtually any use of such drugs as marijuana can be viewed as counter to scripture.

None of us can sustain the sound minds and healthy bodies God desires us to have when we place ourselves under the controlling influence of something other than his Spirit. In fact, Paul the Apostle warns believers in Ephesians 5:18 not to be drunk with wine, then contrasts drunkenness with the "filling" of the Spirit. He thus infers concern that just as the Holy Spirit would fill every area of our beings, wine can do the same thing, thereby usurping the role of God in one's life. The principle: Don't let anything but the Spirit of God control your thinking and acting.

The implication for marijuana, which is mind-altering, harmful to the brain, and potentially addictive,[4] is clear. Additionally, there is really no such thing as "safe" substance abuse. As the Catholic Church's Council for Health Care Workers notes in a recent publication, "so-called soft drugs... [foment] the same type of dependence mentality and the loss of personal dignity that hard drugs produce."[5]

Responsibility to Care for the Body

From the dietary laws of the Old Testament to Paul's injunction to Timothy to drink a little wine for his stomach's sake (1 Timothy 5:23), God's Word instructs believers to be wise stewards of the physical bodies. He has given humans bodies for his own glory and their own good. Jesus modeled this concern when he called his disciples to "come aside to a deserted place and rest a while, for ... [because] they did not even have time to eat" due to the constant demands of the crowds (Mark 6:31-32).

Consuming a substance that is intrinsically harmful and that diminishes the capacity of the mind and spirit to respond obediently to God clearly violates the scriptural call to faithful stewardship of the body. As Paul asks the Corinthians, "Do you not know that your body is a temple of the Holy Spirit within you, whom you have from God?" (1 Corinthians 6:19-20). This rhetorical question invites its own answer: If our bodies are his, they do not belong to us and should be stewarded in such a way as to be ready instruments in Christ's hands.

"Present your bodies a living sacrifice," Paul told the church in Rome, "holy, acceptable to God, which is your reasonable service of worship" (Romans 12:1). Presentation of our bodies, our very lives, to God is impossible when a drug like marijuana clouds judgment and destroys the capacity for human-divine fellowship.

[DW note- IOW lie to yourself and pretend that Cannabis is intrinsically unhealthy to consume in any amount while alcohol may be acceptable].

Throughout scripture, self-control is presented as one of the chief characteristics of the godly person (e.g. Titus 2:11-14; Galatians 5:22-23). A person under the control of anything other than the Spirit of God, be it alcohol, marijuana, or any drug that removes our ability to think coherently and respond honorably to the Lord, is an idol and a dangerous replacement of the work of the Spirit and the Word in our lives.

The Christian has been "predestined to be conformed to the image (God's) Son," Jesus Christ (Romans 8:29). Such conformity is impeded when the believer submits his mind and will to something other than his professed Lord. As Jesus said, no one can serve two masters (Matthew 6:24). Either Christians serve themselves and gratify "the desires of the flesh" (Galatians 5:16) or consciously, constantly, and committedly serve Christ. There is no middle ground, and substance abuse, including the use of marijuana as a vehicle for recreation, offers a stark contrast to submission to the King of kings.

Submission to the Governing Authorities

God's Word also calls Christians to submit to the governing authorities (Romans 13:1-7). Whatever laws are changed or modified at the state level, "It is important to recognize that these state marijuana laws do not change the fact that using marijuana continues to be an offense under federal law. Nor do these state laws change the criteria or process for [Food and Drug Administration] approval of safe and effective medications."[6]

If, then, Christians are to follow the dictates of the law insofar as they are consistent with God's Word, they should avoid practices that violate statutes established by the authorities set over us by God. This includes obedience to drug laws.

Drug Use and the Occult

In the New Testament, the Greek word pharmakeia (from which we get our word "pharmacy," or drug store) is used for "the employment of drugs, for any purpose; sorcery, magic, enchantment."[7] In Revelation 9:21 for example, the relationship between the use of drugs ("magic potions") and accessing the demonic world is very clear (cf. Grant Osborn, Revelation. Grand Rapids: Baker, 2002, p. 387).

Drug abuse was seen in the ancient world as aiding the user to enter the presence of the demonic. Having lost control of his mind, the person on drugs could more easily be influenced by evil spirits. While to the modern eye this may appear curious, the relationship between substance abuse and demonism is evident in the New Testament and in many areas of the developing world today.

NIDA provides a useful summary of the potential uses of drugs derived from marijuana:
(The) scientific study of the active chemicals in marijuana, called cannabinoids, has led to the development of two FDA-approved medications already, and is leading to the development of new pharmaceuticals that harness the therapeutic benefits of cannabinoids while minimizing or eliminating the harmful side effects (including the 'high') produced by eating or smoking marijuana leaves ... Research funded by the NIH is actively investigating the possible therapeutic uses of THC, CBD, and other cannabinoids to treat autoimmune diseases, cancer, inflammation, pain, seizures, substance use disorders, and other psychiatric disorders.[8]

[DW note- "pharmakeia" is bad, yet pharmaceuticals are OK whereas a natural herb is unacceptable- that's some "logic"]


Given the potential benefits, some Christian leaders argue that the limited use of therapeutic cannabinoids for medical purposes is justified. However, no prominent Christian leader or denomination believes that the broad decriminalization of marijuana or its common usage reflects the Christian virtue and maturity God calls his people to model.

The Catechism of the Catholic Church summarizes the moral dimensions of substance abuse well:

The use of drugs inflicts very grave damage on human health and life. Their use, except on strictly therapeutic grounds, is a grave offense.

[Blur all drugs together that were illegalized, blur the issue of dosage, and forget the relative toxicities of the different substances, particularly that the intrinsically more toxic ones are the most popularly used legal drugs of alcohol and Tobacco - the latter specifically bred to encourage over consumption, and both the sole two classes of consumables exempted in the U.S. from retail ingredient labeling requirements.]

Clandestine production of and trafficking in drugs are scandalous practices. They constitute direct co-operation in evil, since they encourage people to practices gravely contrary to the moral law.[9]

Rob Schwarzwalder serves as Senior Vice President for the Family Research Council. He oversees the Communications, Policy, and Church Ministries teams. He previously served as chief-of-staff to two Members of Congress and as a presidential appointee in the administration of George W. Bush.

Rob Schwarzwalder not only disregards the Biblical passages favoring the use of herbs, he ignores that of not lying and stealing, as prohibition not only is based upon lies, particularly disregarding dilution-concentration factors, but also steals property and lives.  Family Research Council is merely a Mystery Babylon-Roman Catholic front group.