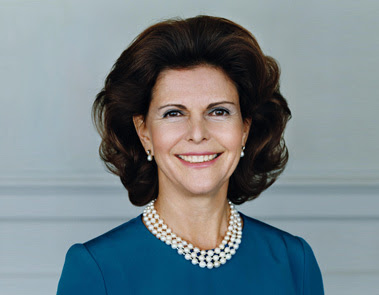 We are honoured that World Forum Against Drugs will be organised under the patronage of Her Majesty Queen Silvia. We also have the privilege to announce that H. M. Queen will open the conference on Monday the 8th of September.

The organization rejects science in favor of believing that matters way less then 'legality'- rejects even distinctions between say smoking Marijuana and shooting cocaine.

All forms of differentiation between so-called “soft” and so-called “hard” drugs must cease. Extensive research confirms that the use of cannabis is detrimental to health, causes crime, and is addictive. Cannabis, and certain other drugs regarded in some countries as “soft”, should be viewed in the same way as other types of illicit/psychotropic drugs when it comes to control policy, rehabilitation and preventive measures.

This organization devotes itself to the myth of "drugs" as something just consisting of whatever the UN has banned, and excluding anything else regardless of any actual health issues- e.g. they have no interest in the abuse of alcohol, cigarettes or prescription pharmaceuticals, all marking this as a fraudulent organization dedicated to criminal mercantilism.

Queen Silvia and company need to smoke some caffeine pill as a start to see the fallacy of their attitudes of legislative crime mattering more than pharamacology. Of course they do not address how their policies create drug abuse by promoting concentrated forms of drug taking- as with opiates and cocaine.

I do not know if Queen Silvia is just an idiot or one who has sold her soul to some secretive society.

This woman is nominally "Lutheran" yet she supports the Vatican's pharmacratic inquisition.

That Sweden would allow itself to be so debased suggests that Lutheranism has been utterly rotted out by those that gave us this pharmacratic inquisition.