The idea of commercially available Coca in general, and in particular, reached its peak of earthy praise at the turn of the century, with the Vatican's summoning of Angelo Mariani.

Twice, the Vatican issued Mariani gold medals bearing the face of the Pope, and declaring Mariani a "benefactor of humanity" for making Coca available to the world. 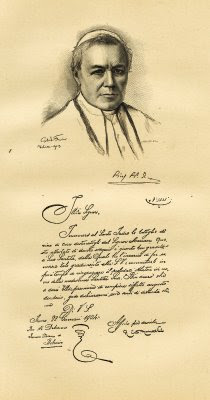 Any transcripts or accounts of the dialog between Mariani and these Popes and their associates are unknown to the general public.

In 1898, nowhere was coca illegal, with any cocaine related laws restricting the concentrated forms of the drug with prescription and “poison” labeling requirements, (such as the hydrochloride and the inject able solutions), and with Coca products enjoying growing sales (such as , Coca-Cola and other Coca wines and soft drinks, as well as …coca cigarettes, cheroots and cigars). In 1899, the only exception would be the State of Georgia in the south-eastern U.S.

Yet following January 1904 this was to change at a drastically increasing rate.