Cocaine content of beverages in milligrams per fluid ounce 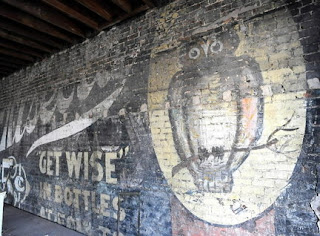 Wiseola- under 1 mg per fluid ounce 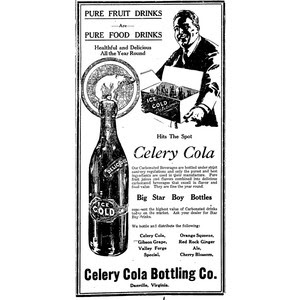 Celery-Cola, marketed by the Birmingham Celery Cola Company of Birmingham, Ala., was another soft drink found to contain cocain and caffeine. The government contended that as cocain was a poisonous and deleterious ingredient, the product was adulterated and as the proportion or quantity of cocain was not declared on the label it was also misbranded.— [Notice of Judgment, No. 326.]


Such prosecutions did not involve excessive dosing.

Koca Nola and Celery Cola for instance each contained under 1 milligram of cocaine per fluid ounce.

Since cocaine was an ingredient required to be listed- how could it be declared an illegal ingredient, its presence automatically constituting "adulteration"?!   Should not the prosecutions as those against Coca Nola and Celery Cola have then been only for "misbranding"?

Whether or not a product even labeled its cocaine content apparently would not shield it from prosecution by Wiley's USDA Bureau of Chemistry- at least for such in food products as beverages, as with the prosecution of the manufacturers of a product named"Dr. Don's Kola":

That prosecution apparently made no mention of any failure to label the cocaine content, being cited for "mislabeling" only insofar as failing to contain its labeled Kola nut.

Posted by Douglas Andrew Willinger at 12:03 AM