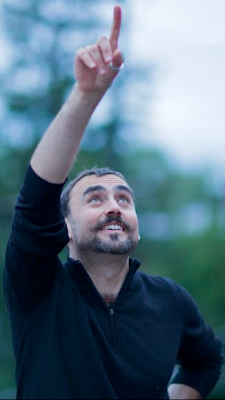 This image has massively circulated in Mexico in the last months. It was a call to stop the war in Mexico. This image has inspired us to pitch this project and contibute in our way to stop it.

You’ve heard the story before. Recreational drug use is a scourge of the Western World. Drug users are jeopardizing their health. Public education campaigns continue to intensify the focus on the cost to individual lives.

But that’s an old story. And is it the whole story? Surely there are other costs?

What if we rewind the story? What if we start the story in Latin America, the source of the drug industry, where it continues to thrive? What are the social costs there?

In Mexico alone, close to 40 000 people have died in the last four years as a result of the drug war.

Perhaps you are surprised? We know, these are facts and numbers that rarely reach people in the West World, including recreational drug users themselves who may be otherwise socially responsible. It is time to change. Raising awareness is a good place to start.

In a globalized world where purchasing choices often drive social change, we must help Western drug users to widen their view. They must see the global and social costs of their choices.

Our social advertisement campaign aims to open a debate about the ethical consequences of using drugs in a globalized world. Drug users need to feel the impact of their choices. They need to experience the daily fear inflicted on innocent civilians as a result of their purchasing choices.

A short high quality video, optimized for internet dissemination has the potential to have a huge impact. We will leverage social media to help mobilize and focus the efforts of the many civilians in Latin America and elsewhere who are at the breaking point in this process. The following video will serve as a focal point to underscore the stakes and mobilize people to action.

The one-minute video is a parallel montage of two actions that happen in two different spaces: a nightclub in a Western country full of Westerners and a nightclub in Mexico full of Latinos. We will combine these two spaces intercutting them using the flashes of the stroboscopic lights to create the feeling that both actions happen at the same place and time. We will only reveal at the end of the video that both actions actually happened in two different nightclubs. These are two different worlds that are divided by the line of a border, but are tightly linked together in the drug world.

In the North American nightclub, people are dancing. Someone cuts a line of cocaine on a small mirror and sniffs it. We ask the question: “What’s behind your line?” The drug user is experiencing an altered state of mind and suddenly collapses on the dance floor. People stop dancing. Friends help him to stand. He smiles again. They laugh and continue dancing.

Meanwhile in another nightclub in Mexico, people are dancing. Suddenly, masked men break in with machine guns. People freeze. We can see the fear in their eyes. We see feet running, amidst bullets bouncing on the floor. A young man collapses. On the empty dance floor, the corpse is left with blood running from the nose. We answer the original question: “In Mexico only, more than 40 000 innocent civilians have died as a result of the drug war. Behind your line is the front line.”

This work altogether ignores prohibition which creates the problems of violance and abuse via shifting markets to concentrated forms of drugs and drug taking.

Entities producing such jesuitical nonsense are simply about guilting out the more gullible for the sake of maintaining status quos.