So when will Hillsdale College, with Imprimis, and their Allan P. Kirby Center for Constitutional Studies & Citizenship ever address that greatest cause of government over-growth- that costly, cigarette-pharma market protection mercantilist scheme called the 'war on drugs'?

Or shall it continually pretend, as the does the 'Heritage' Foundation, and the rest of the cookie-cutter 'new right', that this 'drug war' is somehow 'moral' Freedom of Medicine and Diet
http://freedomofmedicineanddiet.blogspot.com/2007/07/freedom-of-medicine-and-diet.html

"Was the government to prescribe to us our medicine and diet, our bodies would be in such keeping as our souls are now. Thus in France the emetic was once forbidden as a medicine, and the potatoe as an article of food. Government is just as infallible too when it fixes systems in physics. Galileo was sent to the inquisition for affirming that the earth was a sphere: the government had declared it to be as flat as a trencher, and Galileo was obliged to abjure his error. This error however at length prevailed, the earth became a globe, and Descartes declared it was whirled round its axis by a vortex. The government in which he lived was wise enough to see that this was no question of civil jurisdiction, or we should all have been involved by authority in vortices. In fact, the vortices have been exploded, and the Newtonian principle of gravitation is now more firmly established, on the basis of reason, than it would be were the government to step in, and to make it an article of necessary faith. Reason and experiment have been indulged, and error has fled before them. It is error alone which needs the support of government. Truth can stand by itself. "

Drug Statutes Are Worse Than Most Realize
http://freedomofmedicineanddiet.blogspot.com/2011/01/drug-statutes-infinitely-worse-than.html

Drug War Perverts Safest Stimulant into Drug of Abuse for Sake of Protecting the Most Dangerous Stimulant
http://freedomofmedicineanddiet.blogspot.com/2011/04/coca-as-tobacco-habit-cure.html

Key Points of the unconsitutional and immoral 1906 US Pure Foods and Drugs Act
http://freedomofmedicineanddiet.blogspot.com/2011/04/harvey-wileys-1906-us-food-drugs-act.html

Contrary to the rhetoric about 'limiting government', entities within the political-intellectual landscape crafted as "the right", such as the 'Heritage' Foundation, are slavish devotes of the very 'drug war'.

So was the figure of Ronald Wilson Reagan, who was most loyal to these very such costly and socially destructive polices initiated by such "progressive" figures as Franklin Delano Roosevelt and Theodore Roosevelt. 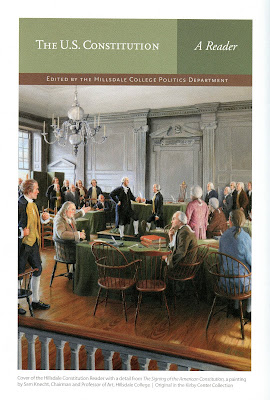 Posted by Douglas Andrew Willinger at 12:34 AM