Obama- Punish Bolivia for "explicit acceptance and encouragement of coca production at the highest levels of the Bolivian government." 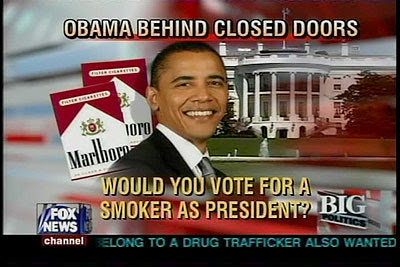 On Tuesday [June 30th], the Obama Administration reinstated the suspension of the aid claiming there was "explicit acceptance and encouragement of coca production at the highest levels of the Bolivian government."

The Morales government has assumed a 'zero cocaine' but not a 'zero coca' policy as Coca leaves are chewed and brewed as tea by Bolivians for their medicinal properties and as they are beneficial for people living in high altitudes.

The most recent UN figures show cocaine production in Bolivia rose just 5% in 2007. Colombia, which has received billions in US aid, saw an increase of 27%.

"I'm disappointed ... because the Obama administration has used slander, lies and false accusations to suspend the preferential tariffs," said Morales, who threw out the U.S. ambassador to La Paz and American anti-drug agents last year.

The Bolivian government has announced a US embassy official at the center of a local spy scandal won’t be returning to Bolivia. Assistant Regional Security Officer Vincent Cooper reportedly told a group of Peace Corps volunteers to spy on the Cubans and Venezuelans they came across in Bolivia. His instructions were disclosed after a Fulbright scholar living in Bolivia came forward last week.

Bolivia has had a shaky relationship with the US over the past few years. ABC News reported Evo Morales was Obama's most outspoken critic when it came to lifting the embargo against Cuba:

One of Mr Obama's strongest critics, President Evo Morales of Bolivia, said there had not been any real change in US policy since Mr Obama came to power and Washington was still guilty of conspiracy.

"As far as Cuba is concerned, I would like to be Obama," he said.

"You know why? Because on the embargo, Cuba has the support of the entire world, apart from Israel and the United States.

Evo Morales was elected after Gonzalo Sánchez de Lozada resigned as a result of Bolivia's water and gas wars.

Bolivia Water War from The Corporation:

Bolivia Gas War from The War on Democracy:

In January 2000, just months after it took over control of the water system of Bolivia’s third largest city, Cochabamba, a Bechtel Corporation subsidiary hit water users with enormous price increases. These increases forced some of the poorest families in South America to literally choose between food or water. A popular uprising against the company, repressed violently by government troops, left one 17 year old boy dead and more than a hundred people wounded. In April 2000 Bechtel was finally forced to leave. In November 2001 Bechtel decided to add to the suffering it had already caused by filing a legal demand for $25 million against the Bolivian people – compensation for its lost opportunity to make future profits.

Indians of Peru still fighting for their land

Poppy Moreno is an Examiner from Salt Lake City. You can see Poppy's articles on Poppy's Home Page.

Posted by Douglas Andrew Willinger at 10:50 PM No comments: