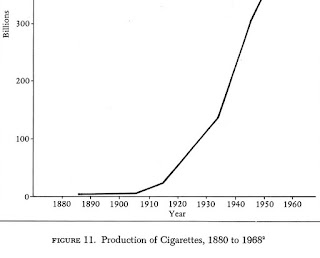 “one of the recommendations from the project was to examine a key factor that shapes U.S. drug research: the pervasive belief that some drugs are inherently harmful and addictive, a position that influences research questions and populations studied, as well as the outcomes that are measured.”
This pervasive belief dates back in U.S. national legislation to the 1906 Food and Drugs Act.


It was widely lauded for its task of stopping the interstate commerce in “adulterated” and “misbranded” products sold as foods or drugs, as an “progressive” act of consumer protectionism.

But, alas, it was seriously flawed and biased, a proverbial wolf in sheep’s clothes, cleverly written to enable anti-competitive regulatory abuse favoritism for key agricultural commodities.

It did not prohibit any substance fought by the “drug war”.

It introduced the idea of labeling ingredients, but only in a fashion designed to convey the idea of a set of essentially blacklisted substances, via the 1906 Act’s enumerated list - morphine, opium, cocaine, heroin, alpha or beta eucaine, chloroform, cannabis indica, chloral hydrate, or acetanilide.

As this list is limited it for instance conveys the a likely impression to potential and actual consumers that such are intrinsically more worrisome than those unlisted, such as say caffeine and nicotine.

It established a bureaucratic regulatory dictatorship to establish what was “legitimate” concerning not only foods and drugs, but also medical practice; and committed the mortal sin of granting such regulatory authority to the Bureau of Chemistry of the U.S.D.A. without any requirement of science credibility; hence it was under this sort of initial legislative direction that we the people got a wolf in sheep’s clothing, as a tool of longstanding dominant economic interests to use the power of the expanding “progressive” state to suppress their market competition.   AKA cigarette protectionism.

To wit, Opium and Coca Leaf.

Opium is the classic “narcotic”, a drug inducing sleep.  An effective pain killer and even anti-depressant.  Physically addictive, and because of its utility and relative lack of toxicity, is adaptable to higher and higher doses via the then recent – later 1800s – developed practices of refining plants into powders, creating ultra-concentrated HC. forms of alkaloids found in the plant matter in minute quantities.  Hence, drinking or eating Opium, or Opium infusion – tea – was far less addicting than an injected alkaloids, say morphine or its man-modified form heroin.

Coca leaf, which contains the alkaloid cocaine akin to Coffee containing the alkaloid caffeine and Tobacco leaf nicotine, has an ancient history of use in South America, particularly the Andean mountain areas, as in and near Peru, routinely served to tourists to help acclimate them to the high altitude conditions.  Europeans first encountered Coca leaf about the same time as Tobacco, yet Coca was hampered due to its volatility – it more easily went stale – making it a less desirable shipping commodity, thus delaying its market penetration within Europe for 300+ years, to the creation and marketing of Vin Mariani and its widespread medical use for the half century leading up to its 1914 U.S. prohibition.  Vin Mariani was a “wine of coca” made with an extract blending three varieties of Coca leaves.  It contained roughly 6 or 7 mg of cocaine alkaloid per fluid ounce.  It inspired numerous competing coca wine products, eventually including non alcoholic beverages that became known as soft drinks, such as Coca Cola with reportedly 1 1/2 milligrams per fluid ounce .  It also came with products pattered after traditional uses of Tobacco, with cigars, cheroots and cigarettes made with Coca leaves.

These sort of uses of “cocaine” were comparable to that of caffeine in Coffee, nicotine in Tobacco.

Concentrated cocaine was only first made commercially available as pharmaceutical forms about 1885 via Merck, in Germany, and Parke Davis, in the U.S., in salt (hydrochloride) and freebase (sulfate) varieties, dry or in solutions for injection.  Uses of 89% pure cocaine powder (HCI), and solutions of lesser concentration though meant for the infinitely more direct mode of administration as injections, would clearly introduce many undesirable case studies, particularly in the field of anesthesia.

There are numerous medical records concerning all of this.

The issue became muddled with those misrepresenting acute toxicities of ultra-high doses as intrinsic to any dosage, with societies with relatively little exposure to Coca thus being susceptible to dis-information designed to spark support for the drug war.  Sadly, for its market competition being squashed by the drug war, with the USDA prosecution of beverage manufacturers for containing a supposedly dangerous, deleterious substance, the cocaine alkaloid, Tobacco cigarettes would be overwhelmingly the main daily use stimulant drug war beneficiary.

“I have … used [Vin Mariani] to save smokers of exaggerated habits from nicotinism.  A few glasses taken in small doses … acted as a substitute for pipes and cigars because the smokers found in it the cerebral excitement which they sought in Tobacco, wholly preserving their intellectual facilities.”
The Drug Policy Alliance and allied groups need to commission a study of uses of the parent plant products Opium, Coca, in products so designed to deliver doses of opiate and/or coca alkaloids.

It could and should for instance ask a “what if” question regarding alternative historical possibilities, a world that did not get the drug war.

I am author of papers that were published in the Drug Policy Foundation Conference compendiums, The Ever-changing, Ever-confused Popular Conception of Cocaine; Cocaine Prohibition; Water or Gasoline for the flames of drug abuse; and Onwards to Coca!

I organized and moderated the panel COCA '95, a Necessary Policy Alternative from Abroad.

Additional panel proposals I submitted, but which were rejected include (1994) Coca: Turning Over A New Leaf Towards Reducing Health Care Costs, (1997) Tinctures of Opium, Wines of Coca: How Prohibition Perverts Useful Substances into white powder poisons,and (2009) Agricultural Politics of Drug Policy.

I have attended every main DPF/DPA conference since 1989.

Since 2007, I have authored a blog on drug policy related matters Freedom of Medicine and Diet.  It includes details on the polices towards Opium, opiates, Coca leaf and cocaine, as well as the formulation of the legislative and regulatory matters, dating forward from the 1906 U.S. Food and Drugs Act that empowered the USDA Chemistry Bureau dictatorial powers, lacking any requirement of underlying consistent science.


http://freedomofmedicineanddiet.blogspot.com/2011/03/drug-war-tobacco-pharma-agricultural.html
Posted by Douglas Andrew Willinger at 4:18 PM No comments: