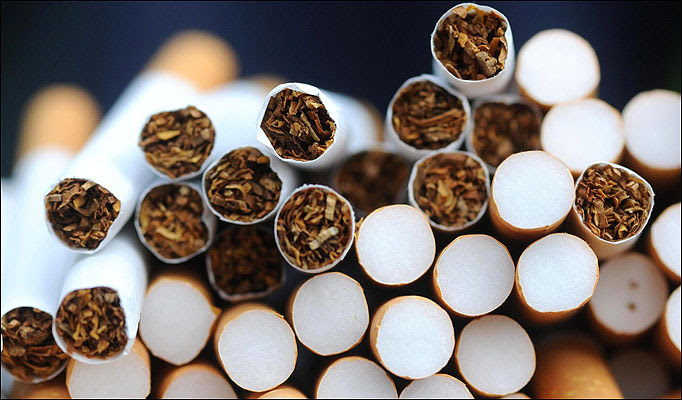 In the 16th and 17th centuries the Jesuits developed large tobacco plantations in Central and South America and held financial interests in retaining revenues from them. Dominicans, Franciscans, and Augustinians had similar arrangements in Central America.

During this time, the Jesuits, fond of their snuff, were accused by their Protestant and secular opponents, without any evidence that I have found, of carrying poisoned snuff about their persons and offering it to those they attempted to assassinate. “Jesuit snuff,” this imaginary stuff came to be called. The fear surrounding it appears to have been most intense after tens of thousands of barrels holding fifty tons of Spanish snuff were captured from Spanish ships in Vigo Bay in 1702 by English admiral Thomas Hopsonn and found their way into the British market.

At the same time, Jesuit missionaries introduced the snuff they loved to China’s capitol during the Manchu dynasty, about 1715. For some time, Chinese converts to Catholicism were called “snuff-takers” by their countrymen and handled the manufacture and selling of snuff in Beijing. Many Tibetan Buddhist monks are still quite fond of snuff.

The Jesuits were not alone among the mendicant orders in their love of snuff. Laurence Sterne, author of Tristram Shandy, also wrote A Sentimental Journey throughFrance and Italy in 1768, in which he described an incident—edifying and humbling to him—of exchanging snuff boxes with a poor friar. But during the 19th century, the fashion of using nasal snuff faded away, and cigar, pipe, and then cigarette smoking replaced it. Literary sources show that taking snuff was more and more left to the old and the poor, and to certain conservative clergy who persisted with their snuff rather than switch to smoking
Posted by Douglas Andrew Willinger at 1:01 PM No comments: 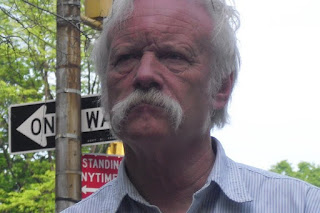 As you probably heard, I'm getting 130-150 days credit toward the time I spent in Wisconsin solely on my Nebraska detainer, which gives me 13 months to 13 months, 20 days credit for time served. All they have to do is give me 2-3 years like the driver of the van and I'm automatically paroled the day I'm sentenced, although they'll have to go through the formalities during that 80 days I'll have left until I'm released February 27th in Wisconsin.

The only wrinkle is that my probation officer in Wahoo, Suzanne Kusy, had at least given some thought to 3-5 before I told her I was doing 2 years, 8-1/2 months, on Wisconsin parole anyway - so why not recommend concurrent probation? I'd actually be under supervision much longer than the additional 4 or 5 months I'd get until automatic release on the 3-5. (You do half of 3.) I laid out the whole plan to get work release in Wisconsin if I'm eligible under the 2-3 (the last 6 months) for work release here, but the questionnaire I was supposed to fill out and give her was delayed in the mail, so she set an appointment for Wednesday morning the 14th, and never showed. The prosecutor may have grabbed her instead; I don't think Scott Tinglehoff will sit still for probation.

So it becomes really important to have Marsha Rummel and 2 or 3 other Madison elected officials to send letters to Suzanne Kusy and Judge Mary Gilbride (c/o Glenn Shapiro) asking for the same kind of sentence, so I get moved to Oakhill Correctional in Oregon, Wisconsin, spend my days at the heroin task force office setting up an Ibogaine Outcomes Study, and get my hernia operation at St. Mary's in Madison. (I could also wait around here to get approved for work release after sentencing, but then I lose part of the 80 days left on my Wisconsin sentence, so I might not be able to get much done.) That'd be a drag, because the election of Tammy Baldwin as U.S. Senator makes our little Outcome Study potentially crucial. A little background:

In June of 2010, Missouri State Rep. John Callahan of South St. Louis, Missouri introduced a methamphetamine treatment research bill in the U.S. House of Representatives. While ibogaine is best known for treating heroin, it happens to be the ONLY thing for crystal meth -- GDNF (glial-derived neurotropic factor) regenerates dopamine neurons, etc. And I just so happened to have key activists close to two congresswomen sitting on the sub-committee with jurisdiction: Ben Masel in Tammy Baldwin's district in Madison and the Heartland Cafe folks in Jan Schakowsky's Northside Chicago district. All we had to do was get ibogaine into the sub-committee's report.

So I got the article in the Omaha World-Herald. But by the time Keegan Hamilton's article came out in thirty Village Voice syndicate weeklies, the tea party had taken the House, and through Tammy and Jan were still on the sub-committee, any appropriation to fund research evaporated.

So we came up with Plan B: Have Tammy circulate a letter in Congress for members to sign asking the head of the DEA how ibogaine, a drug with no abuse potential, can be Schedule I when the Statute explicitly requires "a high potential for abuse". I was on my way to Ben's to finalize the letter when I was busted 45 miles west of Madison. Then, while I was in jail, Ben died of cancer, and it gradually dawned on me the key to ibogaine in Wisconsin is their heroin problem. Once I was back on the street after my heart attack, we didn't make it to Tammy's office until mid-December.

She was in full campaign mode, so we only got to see an aide, who said that if we sent it ourselves, they'd monitor the response - not the same thing as members of Congress signing and sending it. (Right around that time, nine members signed onto a letter denouncing the crackdown on marijuana dispensaries). A couple of weeks later I was re-sentenced, and though I was able to get an ibogaine segment on Madison Channel 15 (with me in it) on February 23rd, by that time I was locked down and no one knew how to follow up. (Which is why I need to be out on work release).

So the election of Tammy Baldwin to the seat Ben Masel once ran for (and got 14% of the vote against Herb Kohl) suddenly makes our little Outcome Study make-or-break. You see, Marsha is friends with Tammy. Alfred McCoy (Politics of Heroin in Southeast Asia - I gave him a copy of The Ibogaine Story) does readings at Rainbow Books in Madison. If we get some success stories and create a buzz among Tammy's peers, a U.S. Senator could put a hold on the DEA (like Kohl did over harassment of pain management specialists) until she gets some answers on re-scheduling. And re-scheduling will generate enthusiasm among researchers, philanthropic funding (think Bill and Melinda Gates), and FDA approval for clinical research. Ben's ex-roommate has a U. of Wisconsin Madison lab ready to treat the first twenty junkies if someone comes up with $150,000.

So it all comes back to getting me out on work release. The prosecutors already telegraphed what they're going to say three times when I tried to get my passport back: I'm a marijuana kingpin and right before I was arrested I went around the world dealing drugs. Plus I got busted again not because PWA's (People With AIDS) lives were t risk from moldy weed, but because I think ibogaine and medical marijuana are above the law. We have to bring Marie Cotter over from New Zealand on December 6th and have her and a friend from Madison do an interview comparing the ibogaine situation over in New Zealand vs. here, with Paul Hammel of the Omaha World-Herald, for publication December 8th or 9th. I've already written to him about how Marie is coming halfway around the world to testify that I was in New Zealand getting ibogaine legalized and saving her son from crystal meth/certain death.

We have to get in our four key witnesses: Marie, Alan, Sheila, and Mike - by boxing in the Drug Warriors so that if they block our Outcome Study in Madison to draw the line against medical marijuana, our supporters will feel cheated and at lest one U.S. Senator will be outraged that our witnesses were not allowed to testify.

If an article comes out Saturday morning, December 8th, laying out the situation and asking in effect why I can't just get the same 2-3 as Chris Ryan, I won't have to come back here and get out August 4th.

I'd better get out - the medical staff here has their marching orders, and the nurse, whose name I didn't get, tells me I'm perfectly stable. The growth on my back is getting bigger, but she won't order a biopsy, and there will be no hernia operations. It might disturb the judge. Copy this letter to our media list, and put it up on Facebook.

It's happening again. After walking 'round the yard for 45 minutes, I came in, lay down on my bed, coughed just once -- and got the worst, most excruciating stab of pain that you can imagine in my right hernial sac. I immediately wrote nurse Flynn (whose name I got this morning when I signed their form corresponding to the HIPAA form), telling her the problem is back. When she lanced my finger after I slammed it in the door, she told me she thought I was stable, and seemed inclined to economize on elective surgeries for inmates. The clear implication was that they're going to report that I'm perfectly fit to do whatever sentence Scott Tinglehoff wants to give me.

When I got here I wrote a "kite" (as in "go fly a kite!") letter telling the medical staff that the Sheriff's error in not moving me here September 4th meant that I was liable to miss surgery in Madison with Dr. Dave DeAngeles at St. Mary's. So that they would have to do it instead. They wrote back: "Your county is responsible for your care and any referral would need to be approved." Then when I saw Flynn, she said barring a strangulated hernia, they don't fix hernias. What bothers me is that when this happened in April, it was when I moved one leg to get off the bed. So I laid on my back all summer, pushing in my hernias, and nurse Michelle said my constipation was my own fault for not exercising more. It only started feeling tender again recently. This time I way lying on my back and coughed - once. I cough a lot, so if this is going to happen every time, I'm in trouble.

I'm going to tell Suzanne Kusy that she needs to work it out to get me to Oakhill [Correctional Institution in Oregon, WI] and the surgeon who's competent. Not the butcher at Fox Lake who went into an inmate's scrotum three times looking for the hernia that was plainly hanging out of his abdominal wall above the pubic bone. Plus we have elected officials in Madison who can pester the DOC to move me and pay for the surgery.

Tell Marsha Rummel this makes it doubly important to write to Suzanne Kusy and Judge Gilbride (c/o Glenn Shapiro), mentioning the need for this operation besides the work release. Add this to the letter I just sent you when you cc it to Corey, Colin, etc. and email it to Glenn. We should have gone to federal court already, or this wouldn't be happening.

Make certain Suzanne Kusy gets my book even if you have to send her your copy. And the video disc from R.J.