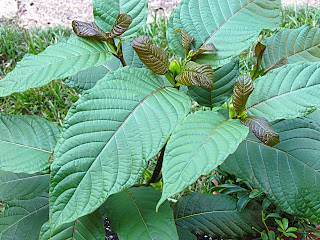 a person with a psychopathic personality whose behavior is antisocial, often criminal, and who lacks a sense of moral responsibility or social conscience.

DSM-IV Definition. Antisocial personality disorder is characterized by a lack of regard for the moral or legal standards in the local culture. There is a marked inability to get along with others or abide by societal rules. Individuals with this disorder are sometimes called psychopaths or sociopaths.

Manipulative and Conning
They never recognize the rights of others and see their self-serving behaviors as permissible. They appear to be charming, yet are covertly hostile and domineering, seeing their victim as merely an instrument to be used. They may dominate and humiliate their victims.

Grandiose Sense of Self
Feels entitled to certain things as "their right."

Pathological Lying
Has no problem lying coolly and easily and it is almost impossible for them to be truthful on a consistent basis. Can create, and get caught up in, a complex belief about their own powers and abilities. Extremely convincing and even able to pass lie detector tests.

Lack of Remorse, Shame or Guilt
A deep seated rage, which is split off and repressed, is at their core. Does not see others around them as people, but only as targets and opportunities. Instead of friends, they have victims and accomplices who end up as victims. The end always justifies the means and they let nothing stand in their way.

Shallow Emotions
When they show what seems to be warmth, joy, love and compassion it is more feigned than experienced and serves an ulterior motive. Outraged by insignificant matters, yet remaining unmoved and cold by what would upset a normal person. Since they are not genuine, neither are their promises.

DEA claims to be protecting the public from especially dangerous drugs.

The DEA not only enforces existing prohibitions, but also claims a right to prohibit substances on its own without legislative sanctification.

The DEA now wants to ban Kartom, placing it on its 'schedule 1' meaning no acceptable medicinal or otherwise uses.

Schedule I drugs, substances, or chemicals are defined as drugs with no currently accepted medical use and a high potential for abuse. Some examples of Schedule I drugs are:

The DEA LIES THROUGH ITS TEETH.

The DEA now is doing so with Karatom.

It cites 660 emergency room visits over a 6 year period with the U.S.A. with a population of over 300 million people.  Further putting this in to perspective, Jacob Sullum writes:

From January 2010 through December 2015, the DEA notes, “U.S. poison centers received 660 calls related to kratom exposure.” It adds that “during this time, there was a tenfold increase in the number of calls received, from 26 in 2010 to 263 in 2015.” Reported symptoms included “agitation or irritability, tachycardia, nausea, drowsiness, and hypertension.”

An average of 110 cases a year may sound like a lot, but it’s not. It represents about 0.004 percent of the 3 million or so calls received by poison control centers each year. By comparison, exposures involving analgesics accounted for nearly 300,000 calls in 2014, while cosmetics and personal care products, cleaning solutions, antidepressants, and antihistamines each accounted for more than 100,000. The DEA not only fails to put the number of kratom-related calls in perspective; it does not mention that two-thirds of the cases were deemed “minor” or “moderate,” while only 7 percent (eight per year) were described as “life-threatening.” The CDC noted a single death in six years, “reported in a person who was exposed to the medications paroxetine (an antidepressant) and lamotrigine (an anticonvulsant and mood stabilizer) in addition to kratom.”

These numbers are pretty reassuring, especially since the DEA says “millions of dosage units” are imported into the U.S. each year. But the agency draws the opposite conclusion, saying “such alarming quantities create an imminent public health and safety threat.”

The DEA goes beyond hyperbolizing about Karatom's alleged dangerousness, pretending that the substance has no legitimate uses and that any such use is somehow by definition "abuse".

The DEA is doing this under the apparent leadership of one 'Chuck Rosenberg'.

Chuck Rosenberg was appointed Acting Administrator of the Drug Enforcement Administration (DEA) on May 13, 2015 by Attorney General Loretta Lynch.

Prior to joining DEA, Mr. Rosenberg served as the chief of staff and senior counselor to Federal Bureau of Investigation (FBI) Director Comey.  Before rejoining the FBI, Chuck was a partner at a Washington, D.C. law firm.  Prior to that, Chuck served as the U.S. Attorney for the Eastern District of Virginia, which is routinely entrusted with many of the nation’s most sensitive terrorism and national security prosecutions.  As the chief federal law enforcement officer for the district, Chuck supervised the prosecution of all federal crimes and the litigation of all civil matters involving the federal government.  From June 2005 until March 2006, Chuck served as the U.S. Attorney for the Southern District of Texas – one of the largest districts in the nation with six offices, including one in Houston and three on the border of the United States and Mexico.

Chuck also served in several senior posts at the Department of Justice, where his work focused on counterterrorism, counterintelligence, national security, and criminal matters, including service as chief of staff to Deputy Attorney General Jim Comey (2004-2005), counselor to Attorney General John Ashcroft (2003 – 2004), and counsel to FBI Director Robert Mueller (2002 – 2003).  From 1994 to 2000, Chuck was an assistant U.S. Attorney in the Eastern District of Virginia.  There, Chuck tried dozens of cases before juries and briefed and argued many of those cases to the U.S. Court of Appeals for the Fourth Circuit.  Chuck prosecuted cases that ranged from complex financial fraud crimes to violent crimes and espionage.


Actions like this make a joke of the Controlled Substances Act! The DEA - FDA, etc, are fast losing any last shred of integrity they may have once enjoyed. Schedule 1 is fast becoming a go-to miracle cures reference list!

Schedule 1 = Natural cures that Big Pharma can't make any money on.
Unlike · Reply ·

Show 10 more replies in this thread

Posted by Douglas Andrew Willinger at 11:21 PM No comments: