Canada's Trudeau Wiggeling Out of Promise to Legalize MJ 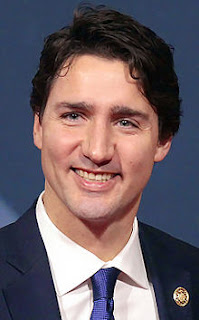 During his political campaign last year, Trudeau made an explicit promise to end the prohibition of MJ.

Now that he is in office, he attempts to wiggle out, saying that he is precluded by international treaties.

Never-mind that such treaties include a provision fro nations to opt out.

Is this the result of some sort of political blackmail?  Perhaps the result of him making a bad deal for his success making him beholden to the very forces behind prohibition?

Posted by Douglas Andrew Willinger at 10:22 PM No comments: