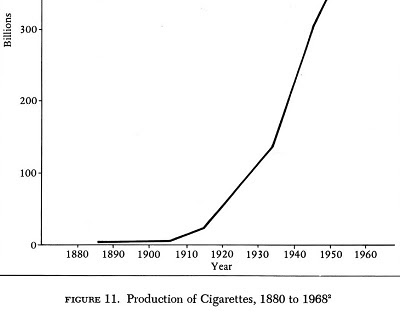 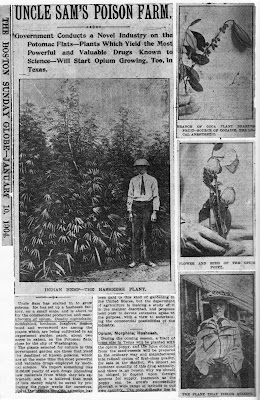 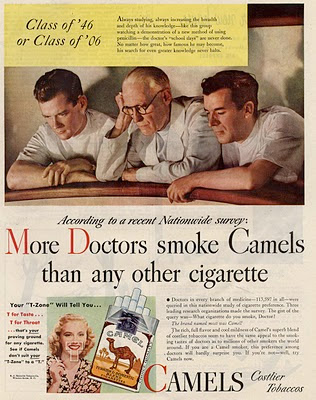 Posted by Douglas Andrew Willinger at 11:59 AM No comments:

Why Coca Is and Remains Illegal

Anonymous said... The only reason coca-leaf is and remains illegal is because the tobacco, coffee, and pharmaceutical industries [and their masters] don't want the American people or the world to find out that chewing coca-leaves and drinking the tea is a toxic-free way to get the mild euphoric stimulation and anti-depressive effects that these industries want to keep their grip on. You are absolutly wrong if you think that coca-leaf will not be a MAJOR cash-cow once legal for the coca-producing countries. look how many millions of people die each year from tobacco, the biggest killer-drug in history. [also, look at how Coca was viewed positively for getting people off of Tobacco, and where within the U.S. government the stupidly generalized crusade against 'cocaine' emerged- the USDA - Department of Agriculture, established by Abraham Lincoln in 1862 for promoting domestic U.S. agrilculture, and in such things as a 1910 U.S.D.A. Farmer's Journal Habit-Forming Agents: Their Indiscriminate Sale and Use A Menace to the Public Welfare warning of Coca's popularity in the southeastern U.S. and its use as a 'Tobacco Habit Cure']. The fact that there IS so much potential money in it for the latin-american countries that can grow it is precicely WHY it is being kept illegal.

Posted by Douglas Andrew Willinger at 10:19 PM No comments: 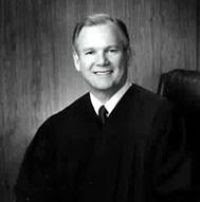 The continuing subversion of our God given right of freedom of medicine and diet, by yet another slap in the face [pdf], by a sociopathic judiciary that sees nothing wrong with "felony" designation of "crime" of sharing < 2/3rd oz of MJ

The Idaho Supreme Court upheld the drug conviction of Shawn Fluewelling, who claimed he used marijuana as a religious sacrament. The high court ruled that the state’s drug law didn’t violate his First Amendment rights to freedom of religion. Fluewelling is a member of THC Ministry, a Hawaii-based organization that believes cannabis, the active ingredient in marijuana, is a fundamental right protected by God and the U.S. Constitution. Last week, the Idaho Supreme Court unanimously rejected Fluewelling’s appeal that his religious rights were being violated. THC Ministry formally stands for The Hawaii Cannabis, according to the group’s website. THC is also the abbreviation for the psychoactive substance found in marijuana.

In his decision, Chief Justice Dan Eismann quoted an 1879 U.S. Supreme Court case stating how the government can regulate religious acts. “Laws are made for the government of actions; and, while they cannot interfere with mere religious belief and opinions, they may with practices,” the court wrote in Reynolds v. United States, which Eismann quoted.

Fluewelling had argued that the state’s exemption for the sacramental use of peyote, which applies to members of Native American tribes, applies to his church and marijuana, but the court disagreed. According to Eismann’s ruling, Meridian police found a third of an ounce of marijuana in Fluewelling’s residence in 2008, but he pled guilty to intention to distribute marijuana, which is a felony and carries stiffer punishment than mere possession.

Fluewelling argued the state law is vague, letting prosecutors decide whether to prosecute for possession or intent to distribute drugs, but Eismann rejected that argument, saying Fluewelling told police he would share the marijuana with friends as a sacrament.

All the more reason why we can consider our republic a failure for tolerating this abuse of logic- to violate one's basic rights of freedom of medicine and diet with onerous statutes with penalties clearly in violation of the 1st, 8th and 9th amendments of the U.S. Constitution- with a great many legislative members and judges belonging in prison. About 'Justice' Eismann: 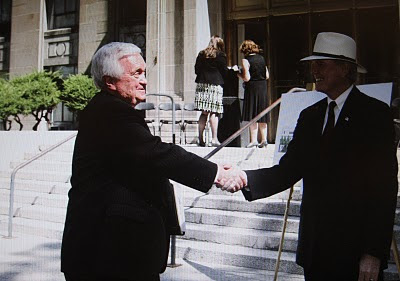 http://glossynews.com/science-and-technology/201003060908/subsidi-farm-granted-usda-contract-to-develop-seedless-pot/
Posted by Douglas Andrew Willinger at 1:54 AM No comments: