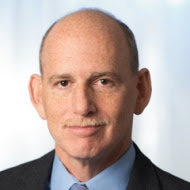 The Drug Policy Alliance is the successor to the Drug Policy Foundation founded in 1986, in response to the hysteria over cocaine, to go beyond the mandate of the National Organization to Reform Marijuana Laws.

Yet it continues to stifle serious discussion about the details of legalizing drugs other than Marijuana, such as Coca-ine and Opiates, despite the lip service to 'Harm Reduction', as I have written about previously.

This sad situation would be highlighted at panel held at the November 18-21 2015 D.P.A. Conference Panel 'Beyond Marijuana: Legalization and the Movement to Reform Other Drug Policies', held that Friday at 11:30AM.

From the conference description:

Despite the growing social acceptance of marijuana nationwide, marijuana law violations still make up almost half of all U.S. drug arrests. Marijuana legalization is, therefore, often touted as a major step toward dismantling the drug war and scaling back mass incarceration. How can marijuana legalization be used to propel efforts to decriminalize other drugs, mitigate recidivism, minimize collateral consequences of drug convictions, and increase harm reduction policies? How might marijuana legalization repair – or exacerbate – the disparate harms of the war on drugs?


Marijuana stands in contrast to the other popular illegalized drugs as they are popularly available and known as an un-refined plant that is vastly safer than such substances as concentrated cocaine hci/sulfate and heroin, and pills.

Marijuana is virtually non-toxic, with an LD-50 of some 1,500 lbs, is non physically addictive, and is non dopaminergic.

Substances as the concentrates are dopaminergic, meaning that they can be highly reinforcive (psychologically addictive), with heroin being additionally physically addictive.

However, Marijuana is not the only popular illegalized drug that is a plant.   Both cocaine and heroin are derived from natural plants, directly with cocaine from the leaves of the Coca shrub, and less directly with heroin (actually morphine modified with an acid) which is found in the sap of the Opium poppy.  And like other popular drugs, particularly those that remained legal during the 20th century's drug war, notably caffeine and nicotine, all of these are found to occur naturally in small amounts in their respective plants as Coffee, various 'Teas' and Tobacco.  It is the iron law of a prohibition that prohibits both the parent plant and their respective most active components, with equal penalties for equal weights of either, that has led to the proliferation of the concentrated derivatives with the virtual disappearance of the far bulkier and safer parent substances of Coca and Opium, let alone commercial preparations of such.

So I ask this panel's moderator Ethan Nadelmann, what about dilute substances and preparations of such as Opium and Coca?

And all he can say is, we are not going to talk about that, only marijuana.

Never-mind that the Drug Policy Alliance's predecessor organization the Drug Policy Foundation was founded in 1986 by American University professor Arnold Trebach and NORML's Kevin Zeese to take the challenge to drug prohibition beyond Marijuana, in response to the media hysteria over cocaine following the fatal OD by University of Maryland Boston Celtics pick Len Bias that June 19).

The DPF had done much good work in this broader field during the late 1980s and early 1990s, before taking a far more timid approach starting about 1993.

PETER LEWIS: IRA GLASSER is a waste of $$
Don't Spend Funds on Organizations Headed by the likes of Ira Glasser
Letter to Lewis, from a long time activist since the latter 1980s, about the mismanagement of the DPF-DPA
http://freedomofmedicineanddiet.blogspot.com/2010/07/peter-lewis-ira-glasser-is-waste-of.html

Posted by Douglas Andrew Willinger at 10:03 PM No comments: