'well regulated' need not be so well regulated, with Court assuming that a substances status as 'illegal' renders any assumptions valid.

is an unlawful user of or addicted to any controlled substance (as defined in section 102 of the Controlled Substances Act (21 U.S.C. 802)); 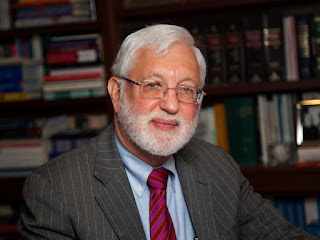 Rakoff graduated with honors in English literature from Swarthmore College (B.A. 1964), where he was President of the Student Body, earned his M. Phil. from Balliol College at Oxford University (1966), and received a J.D., cum laude, from Harvard Law School (1969), where he was a member of the Harvard Legal Aid Bureau. He has received honorary degrees from Saint Francis University and from Swarthmore.[2][3] After serving as law clerk to the late Honorable Abraham Freedman of the U.S. Court of Appeals for the Third Circuit, Rakoff spent two years in private practice at Debevoise & Plimpton before spending seven years as a federal prosecutor with the United States Attorney for the Southern District of New York. For the last two of those years, he was Chief of the Business and Securities Fraud Prosecutions Unit. He then returned to private practice where he was a partner first with Mudge, Rose, Guthrie, Alexander & Ferdon, and then with Fried, Frank, Harris, Shriver & Jacobson. He headed both firms' criminal defense and civil Racketeer Influenced and Corrupt Organizations Act (RICO) sections.

On October 11, 1995, Rakoff was nominated by President Bill Clinton[4] to fill a seat on the United States District Court for the Southern District of New York vacated by David N. Edelstein. He was confirmed by the Senate on December 29, 1995, appointed on January 4, 1996, and entered on duty on March 1, 1996. On December 31, 2010, he assumed senior status. 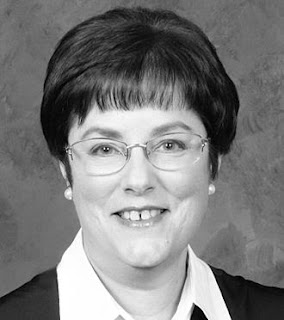 Susan Pia Graber (born July 5, 1949) is an American attorney and jurist. She is a circuit judge on the United States Court of Appeals for the Ninth Circuit. A native of Oklahoma, she was the 90th Associate Justice of the Oregon Supreme Court, and served on the Oregon Court of Appeals.

Susan Graber was born in Oklahoma City, Oklahoma, on July 5, 1949.[1][2] After high school Graber attended Wellesley College in Wellesley, Massachusetts.[1] She graduated from Wellesley with a Bachelor of Arts in 1969, Phi Beta Kappa.[1] Graber went to law school at Yale where she earned her Juris Doctor in 1972.[1] She attended Yale with Hillary Rodham (now Clinton) and Bill Clinton.[3]

Upon graduation Graber became an assistant attorney general for the New Mexico Bureau of Revenue, where she continued until 1974.[1] That year she entered private law practice in Santa Fe, New Mexico, until 1975.[1] In 1975 she moved to Ohio where she returned to private practice, this time in Cincinnati, until 1978.[1] Then in 1978 Graber moved to Portland, Oregon, where she became an associate at Stoel Rives Boley Jones and Grey (now Stoel Rives LLP).[1][4] In 1981 she became a partner.[1] In 1986, the Northwest Women’s Law Center gave her their Founder’s Award to recognize her pro bono service.[4]
In 1983, while she was a practicing attorney, Graber was designated to serve occasionally as a state district court judge on a temporary or pro tempore basis when the regular judges of the court were unavailable.[5] She also served as a mediator for the U.S. District Court from 1986 to 1988.[4]

Graber began her career as a judge when Oregon Governor Neil Goldschmidt appointed her to the Oregon Court of Appeals. She was appointed on February 11, 1988, to replace judge Thomas F. Young, who had died in office. Graber served on the court of appeals until May 2, 1990.[6] While on the bench she served as president of the Oregon Appellate Judges Association.[4]

On May 2, 1990, Graber was appointed to the Oregon Supreme Court by Governor Goldschmidt to replace Robert E. Jones.[7][8] However, Jones, prior to resigning his position, filed for re-election and won the election.[7] Thus Jones resigned a second time and Goldschmidt appointed Graber a second time on January 7, 1991.[7] She became the second woman to serve on that court, following Betty Roberts.[3] Graber then won election to a full six-year term in 1992, but resigned on April 1, 1998, before the term expired.[7] While on the court she was considered to be a candidate for appointment to the United States Supreme Court.[3]

Graber resigned because, on July 30, 1997, President Bill Clinton nominated her to the Ninth Circuit Court of Appeals to replace Edward Leavy, who assumed senior judge status.[1] She was subsequently confirmed by the United States Senate in a 98-0 vote on March 17, 1998, and received her commission two days later.[1] With her appointment she became the first female judge to serve on that court from the state of Oregon.[9] 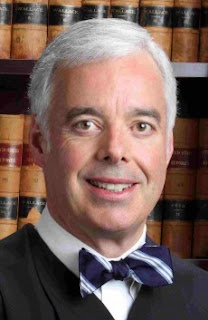 Born in Oakland, California, Tallman received his Bachelor's degree in 1975 from the University of Santa
Clara and his Juris Doctor in 1978 from Northwestern University School of Law, where he served as the executive director of the law revie

Born in Oakland, California, Tallman received his Bachelor's degree in 1975 from the University of Santa Clara and his Juris Doctor in 1978 from Northwestern University School of Law, where he served as the executive director of the law review.

After serving as a law clerk for Judge Morell E. Sharp of the United States District Court for the Western District of Washington, Tallman worked as a trial lawyer for the Department of Justice and as an assistant United States Attorney in Seattle, Washington. From 1983 until his appointment to the Ninth Circuit in 2000, Tallman was an attorney in private practice in Seattle, including as chairman of the white-collar criminal defense practice group at the former Bogle and Gates law firm between 1990 and 1999. After that firm closed on March 31, 1999, Tallman formed the firm Tallman & Severin.[2]

Among Tallman's higher-profile clients in private practice was representing the Seattle Mariners in legal disputes over scheduling rights in the Kingdome.[2] Tallman also handled medical malpractice and defense procurement cases.[2]

Despite being a Republican, Tallman was nominated by President Bill Clinton to his current seat on the Ninth Circuit on October 20, 1999 and was confirmed by a voice vote of the U.S. Senate on May 24, 2000.[3][4] Tallman was nominated to fill the seat vacated by longtime Ninth Circuit judge Betty Binns Fletcher, who took senior status in 1998. Clinton's previous nominee to that seat, conservative Washington State Supreme Court Justice Barbara Durham, had been nominated in January 1999 as part of a bipartisan deal brokered by Washington's senators at the time, Slade Gorton and Patty Murray. However, Durham withdrew her nomination to the seat just four months later because of her husband's terminal heart condition.[5] Tallman then was nominated after he was one of three potential nominees that Gorton recommended to the White House.[2]


[1]
Defendant argues that §922(g)(3) runs afoul of the Second Amendment because it deprives him of his constitutional right “to possess and carry weapons in case of confrontation.”
District of Columbia v. Heller
, 554 U.S. 570, 592
(2008). But, in Heller, the Supreme Court instructed that the
Second Amendment right “is not unlimited.
”
Id.
at 626. In
Posted by Douglas Andrew Willinger at 12:00 AM No comments: