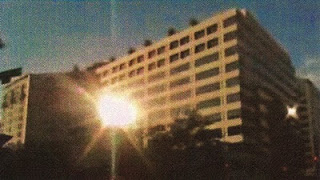 Obama delivered heated rhetoric, but his actions signaled different prioities.  Had Obama wanted to strike real fear in the hearts of bankers, he might have appointed former special prosecutor Patrick Fitzgerald or some other fire-breatheras his attorney general.  instead, he chose Eric Holder, a former Clinton Justice official who, after a career in government, joined the Washington, joined the Washington office of Covington & Burling, a top-tier law firm with an elite white collar defense unit.  The move to Covington, and back to Justice, is an example of Washington's revolving door ritual, which, for Holder, has been lucretive- he pulled in $2.1 million as a Covington partner in 2008, and $2.5 million (including deferred compensation when he left the firm in 2009.)

Putting a Covington partner- he spent nearly a decade at the firm- in charge of Justice may have sent a signal to the financial community, whose marquee names are Covington clients.  Goldman Sachs, JP Morgan Chase, Citigroup, Bank of America, Wells Fargo, and Deutsche Bank are among the institutions that pay for Covington's legal advice, some of it relating to matters before the Department of Justice.  But Holder's was not the only face at Justice familiar to Covington clients. Lanny Breuer, who had co-chaired the white collar defense unit at Covington with Holder, was chosen to head the criminal division at Obama's Justice. Two other Covington lawyers followed Holder into top positions, and Holder's principle deputy, James Cole, was recruited from Bryan Cave LLP, another white shoe firm with A-list finance clients.


Justice's defenders point out that prosecuting financial crime is a complicated matter requiring the highly secialized expertise found in the white-collar defense bar.  But some suggest there is the potential for conflicting interest when the departments's top practices representing the very financial institutions that Justice is supposed to be investigating.  "And that's where they're going back to," says Black.  "Everybody knows there is a problem with that."  (Two members of Holder's team have already returned to Covington.)  A spokesperson for Covington was not available for comment.  (Newsweek uses the firm as outside counsel.)
Posted by Douglas Andrew Willinger at 7:34 PM No comments:

Posted by Douglas Andrew Willinger at 5:07 PM No comments: