Pharma Market Protection- confirmed by No on 3 in Massachusetts

http://mavotenoonquestion3.com/the-joke-is-on-us-or-is-it/ The first video is a throw back to major quacks as Harvey Wiley who banned the non carcinogenic Opium and Coca leaf, for the sake of protecting markets in pharmaceuticles and cigarettes. Plants as medicine are bad- nevermind the Bible's Book of Genesis. But pharmaceuticals are good- so much so that they must be protected by mis-defining people possessing or growing their own as "crime". Such is the big money reason behind such sorry excuses of politicans as Obama-Romney's contempt for public opinion and basic decency, debasing the judicary as accomplices to a costly and ongoing criminal mercantilism.
Posted by Douglas Andrew Willinger at 4:20 PM No comments:

Cannabis Oil for Curing Cancer- the Medical Marijuana Next Front

yet another example of the drug war undermining safety -- under some false jesuitical 'puritanism' disregarding actual safety for the sake of protecting say the crops that adorn the columns of teh U.S. Capitol building -- while promoting more problematic modes of consumption, not only from plants to concentrates, but concentrates in doses measured rather than un-measured


afternoon addition- from the above link:

Health Minister Astrid Krag (Socialistisk Folkeparti) has proposed that heroin in pill form be made available to addicts. Heroin abusers can currently receive the drug free from the state, but only as an injection.

Citing a new report from Sundhedsstyrelsen, Krag said it was time to offer a choice.
"With tablets, we get a tool that lessens the risk of incorrect dosages, injuries and incidences of cancer," Krag told Politiken newspaper. The health minister expects that the pills could be available in 2013. 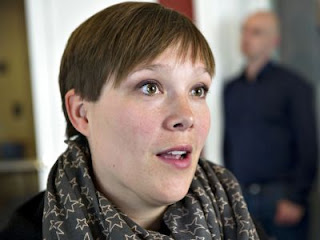 Hmm.  heroin and cancer.   This has received some comments, from the first link above:

by Paul Pot (not verified), September 05, 2012, 03:37am
How does injection heroin lead to cancer?
The opiates are actually amazingly safe, especially when compared to alcohol.
Legalize drugs entirely and let people who like opiates have the choice of smoking opium which is far safer than either injection or pills.

Funny how one of the safest

by sbkw1983 (not verified), September 05, 2012, 10:27am
Funny how one of the safest (if not the safest) classes of drugs (opiates/opioids) is also one of the most physical dependency forming.

It's also my favorite drug type, because over the years that I've been using, I've never had to deal with any sort of disease or disorder directly or indirectly caused by the use of said drug (with the exception of addiction).

What I'm trying to say is, I'm confused as to how opiates/opioids are carcinogenic. First time I ever heard of anything of the sort.

I hope Danish Health Minister Astrid Krag has not been bullied or threatened by U.S. drug policy lawmakers or law enforcement such as the DEA. They have been known to pull this type of shit. Yet when another country asks them to amend one of their laws - usually for a good reason - they're basically told to fuck off.

Perhaps this claim is a Freudian slip about the drug "laws" as what they really are- an extremely costly and continuing criminal scheme of anti opium, coca and cannabis agricultural mercantilism to protect cigarettes- THE product that used as directed takes nearly 500,000 lives annually.
Posted by Douglas Andrew Willinger at 3:42 AM No comments:

US Green Jill Stein- We would actually use science to determine which drugs are dangerous and which ones are not.

Are you in favor of legalizing all drugs or just marijuana?

We would do something revolutionary. We would actually use science to determine which drugs are dangerous and which ones are not. That means right off the bat marijuana and hemp are removed from the list of dangerous substances because these are not dangerous substances in relative to other unregulated substances including nicotine and alcohol. We would start with the legalization of marijuana and transform the drug system from a criminal system to a public health system. If people have issues of dependency which would apply to legal drugs as well as illegal drugs including alcohol, tobacco, marijuana and heavier drugs they need to be treated within the public health system. These are psychological problems not criminal problems. If you don't treat the problem it only aggravates it and compounds it with issues of public safety and criminal violence that are associated with the illegal drug culture.

She needs to also talk about Opium and Coca, though such a science based approach would also legalize these as well.
Posted by Douglas Andrew Willinger at 11:30 PM No comments: