Missing from the DPA Conference 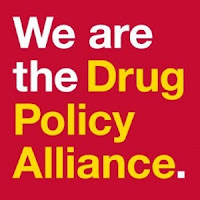 NO Panels on Coca, Opium nor Ibogaine nor any plants other than Marijuana

Nor anything regarding the Drug Policy Foundation-Alliance connection with Covington & Burling- perhaps the largest Washington D.C. law firm representative of big Tobacco and Pharma.

Nor any indication yet of any scheduled appearance by their pharmaceutical industry attorney 'assigned primary responsibility for advising the [DP] foundation' - Marialuisa S. Gallozzi, nor any other such persons, regarding the Covington Tobacco-pharma influence over the direction of groups as the Drug Policy Foundation/now Alliance.


Covington & Burling is not just another law firm
http://freedomofmedicineanddiet.blogspot.com/2011/10/covington-burling-is-not-just-another.html

Standing Up For Drug Policy Reform At the Center of the Universe
http://southmallblogger.blogspot.com/2012/07/standing-for-drug-policy-reform-at.html


Posted by Douglas Andrew Willinger at 10:51 PM No comments:

The Continual Abuse of the Term "Felon"

Jerry Brown Vetoes California "Defelonization" Bill
by Phillip Smith, October 15, 2013, 07:10pm
Posted in:
California Gov. Jerry Brown (D) Saturday vetoed a bill that would have allowed prosecutors or judges to charge simple drug possession as a misdemeanor instead of a felony. The bill would have made drug possession a "wobbler," meaning it could be charged either way, based on judicial or prosecutorial discretion. 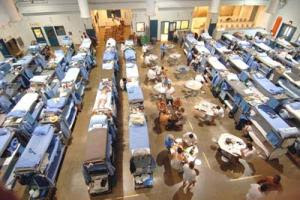 overcrowded California prison (supremecourtus.gov)
Some 10,000 people are convicted of drug possession felonies each year in California, and experts estimated that, under the bill, 15% to 30% of them would have been charged instead with misdemeanors. The exact number is unknown because the bill would have left those decisions up to prosecutors and judges. But in any case, the bill would have resulted in hundreds of millions of dollars in criminal justice system savings, which would have provided local governments with more flexibility to invest in drug treatment and mental health services and focus law enforcement resources on more serious offenses, along with lightening up on some of the people caught up in the criminal justice system.
The bill, Senate Bill 649, was sponsored by Sen. Mark Leno (D-San Francisco) and passed the legislature with bipartisan support, but was opposed by law enforcement and some prosecutors. Leno and supporters had argued that the bill would save the state money on incarceration and related costs.

The bill was premature, given that a broader criminal justice system reform is in the works, Brown said in a veto message. "We are going to examine in detail California's criminal justice system, including the sentencing structure," he said. "We will do so with the full participation of all the necessary parties, including law enforcement, local government, courts, and treatment providers. That would be the appropriate time to evaluate our existing drug laws."

Even after the state's vaunted prison realignment, California prisons remain overcrowded, and the more than 4,100 people currently imprisoned on simple drug possession charges only add to that burden. The cost of imprisoning them comes to $207 million a year.

Under current California law, which will now stay in place, simple possession of drugs such as cocaine, meth, and heroin is a felony punishable by up to three years in prison. Leno's bill left that maximum sentence in place, but would have given either judges or prosecutors the discretion to punish possession as a misdemeanor, with a year in jail as a maximum sentence. Similarly, under the Leno bill, judges or prosecutors could have diverted drug users to treatment or community programs in a bid to reduce recidivism.

Charging drug possessors with misdemeanors instead of felonies would also have created criminal justice system savings with each lower-level prosecution. That's because felony charges require a preliminary hearing, while misdemeanor charges do not.

But law enforcement groups, including the California State Sheriffs Association, the California Police Chiefs Association, and the California District Attorneys Association all opposed the bill, labeling it a threat to public safety. They argued that the bill would reduce incentives for drug possessors to voluntarily seek drug treatment because they would only face jail time, and the jails are so full -- thanks to prison realignment -- that people sentenced to jail time do only a tiny fraction of that time.

Brown could have let the bill become law without his signature, Leno noted in an interview with the Chronicle earlier this month, and pronounced himself "surprised" at the veto.

"It's quite surprising that the governor would veto a modest attempt at sentencing reform in light of our prison overcrowding crisis," Leno said Saturday.

Bill supporters, including the ACLU of California and the Drug Policy Alliance lambasted Brown's decision to veto the bill. 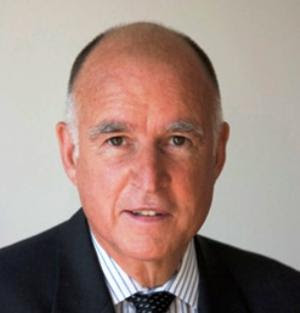 "By vetoing SB 649, Gov. Brown has thwarted the will of the voters and their elected representatives by rejecting a modest reform that would have helped end mass incarceration in this state," said Kim Horiuchi, criminal justice and drug policy attorney for the ACLU of California.
"California voters and the legislature recognize the urgent need to reevaluate our sentencing laws and enact smart reforms, especially for low level, non-violent drug crimes," Horiuchi continued. "Doing so will allow California to reduce its reliance on incarceration and free up limited resources for the sorts of community-based treatment, education and job training programs proven to reduce crime and create safe and healthy communities. Despite this, Gov. Brown remains inexplicably opposed to meaningful sentencing reform."

"The governor let down the people of California, the majority of whom support going even farther than this bill would have gone," said Lynne Lyman, California state director for the Drug Policy Alliance. "The vast majority of voters agree with the experts -- locking up drug users is stupid, unproductive, cruel and expensive."

Despite the opposition of the law enforcement establishment, California public opinion wants to see sentencing reform. A 2012 Tulchin poll found that 75% of Californians preferred prevention and treatment as an alternative to jail for nonviolent offenders and 62% agreed that possession of small amounts of drugs for personal use should be a misdemeanor.

Thirteen other states and the District of Columbia already have such laws, and an effort to pass similar legislation is gearing up in Washington state. But in Sacramento, Gov. Brown was listening to the cops instead of the people.

"Our system is broken," said DPA's Lyman. "Felony sentences don't reduce drug use and don't persuade users to seek treatment, but instead, impose tremendous barriers to housing, education and employment after release -- three things we know help keep people out of our criminal justice system and successfully reintegrating into their families and communities."

We ask you to help explore a genuine and proven medicine and it's potential as a cancer treatment and potential cure. Cannabis has more than enough clinical evidence supporting both it's safety and efficacy as a cancer treatment, and while the full extent of it's cancer killing potential has yet to be fully explored, this petition could be help to change that shameful situation and save a lot of lives in the process.

Why this is important

Despite government and UN stance regarding cannabis as an illegal narcotic; it is now an established fact that cannabis is a safe and effective medicine, supported by a very large body of evidence and further supported by patent filed by the US government, 6630507, and while an outright cancer curing ability for all types of cancer in humans has yet to be proven 100%, there is more than enough evidence to support it's use as a cancer killing medicine, and it's safety, a fact supported by patent 20130059018. The latter patent was filed by two pharmaceutical companies, one of which, GW Pharmaceuticals currently grows cannabis under licence in the UK, and produce cannabis oil which is used to create the currently approved cannabis drug Sativex.
There is no reason why, in exchange for being allowed to produce cannabis, GW Pharmaceuticals should not be made to produce pure cannabis oil which could be provided to all cancer patients who wish to use it as a treatment option, and could be easily, and with minimal expense, provided through NHS. Similar programmes could be introduce in all other countries. With assistance from fully trained doctors and with unhindered access to high quality cannabis oil medicines, the potential for cannabis medicine, particularly as a cancer treatment, can be realised and it's cancer curing potential can be proven once and for all. Currently cancer patients are suffering and dying while governments continue to prohibit this valuable medicine, and the only current access to cannabis based medicines is through expensive and compromised drugs like Sativex and Marinol, none of which represent high grade, natural medicine.
Marinol is synthetic THC, while Sativex is natural cannabis extract/oil heavily diluted in an alcohol solution (the presents of the alcohol actually decreases the safety of the medicine, as well as drastically limiting it's potency, and there for it's medical potential). Both of these current cannabis drugs are approved as safe and effective medicines, and both are patented products. Their existence represent the hypocrisy of governments and medical authorities regarding cannabis as a medicine. While Cancer research organisations pander to the pharmaceutical industry, a genuine cancer treatment and potential cure remains ignored and suppressed.
Please support this petition to finally answer the question - can cannabis cure all types of cancer in humans?
Posted by Douglas Andrew Willinger at 5:08 PM No comments: