Obama ADMITS 'Drug War' is NOT About HEALTH

He noted the slippery-slope arguments that might arise. “I also think that, when it comes to harder drugs, the harm done to the user is profound and the social costs are profound. And you do start getting into some difficult line-drawing issues. If marijuana is fully legalized and at some point folks say, Well, we can come up with a negotiated dose of cocaine that we can show is not any more harmful than vodka, are we open to that? If somebody says, We’ve got a finely calibrated dose of meth, it isn’t going to kill you or rot your teeth, are we O.K. with that?”

OK- yes, if the matter were about health rather than a whorey mercantilist scheme to protect things as alcohol and Virginia Bright Leaf Tobacco.

YES we can have "negotiated" doses of cocaine in fact not only "not any more harmful than vodka" but rather as roughly as "safe as caffeine" - of course in forms anologous to how caffeine and even nicotine are consumed.   That's how such drugs are consumed when their markets are legal, in dilute form through substances made from the parent substances as Coffee and Tobacco, or approximating such as in a nicotine vapor e cigarette.   He behaves as if completely oblivious to the 50 some year history of the Vin Mariani era of Coca leaf products, let alone the subsequent era of pharmaceutical amphetamine pills which, despite the substance's potential dangers did not kill or rot teeth taken as directed as such were measured pills rather than smoked.

Obama was presented as a Harvard Law School graduate presumably intelligent enough to figure out - regarding drugs - the importance of a drug's form and mode of use.  By issuing such statements, Obama behaves as one most unconcerned about actual drug Abuse, and as a tool of the Pharmacratic inquisition.  His disregard of actual health matters on drug policy can only serve as a warning of the impending financial disaster mega boondoggle of the "Affordable Health Care Act".
Posted by Douglas Andrew Willinger at 9:14 PM 1 comment: 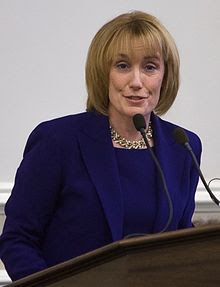 Lies By implying that Cannabis as more dangerous than alcohol to distract from its benefits for cancer treatment.


From Stop the Drug War

The New Hampshire House Wednesday afternoon approved a bill that would regulate marijuana like alcohol. The measure, House Bill 492, passed on a vote of 170-162.

The bill sponsored by Rep. Steve Vaillancourt (R-Manchester) with a bipartisan group of four cosponsors, would make the private possession and home growing of limited amounts of marijuana legal for adults 21 and older.

It would also direct the New Hampshire Department of Revenue Administration to license and regulate marijuana retail stores, cultivation facilities, product manufacturing facilities, and testing facilities. As amended by the House, it would enact a wholesale tax of $30 per ounce and a sales tax of 15% per ounce. The House voted down a similar bill 228-89 in 2012.

The bill now goes to the House Ways and Means Committee to review its revenue aspects. However that committee votes, it will return to the House floor for a second vote. If approved again, it then goes to the Senate.

"House members made history today, and they are clearly on the right side of it," said Matt Simon,the New Hampshire-based New England political director for the Marijuana Policy Project, which lobbied in support of the bill. "Marijuana prohibition has been an enormously expensive failure. Most Americans, including 60% of New Hampshire residents, agree that it is time to adopt a more sensible policy."

Unfortunately for marijuana advocates, New Hampshire Gov. Maggie Hassan (D) is not one of them. She said only yesterday that she would veto the bill because it would send the wrong message to kids. To actually achieve marijuana legalization in the Granite State, both the House and the Senate would have to override her veto. The margin of victory in this first House vote isn't enough to do so.

So what could be the motive behind this moronic boilerplate sloganeering to supposedly justify the horror of prohibition with somehow protecting children?  Nevermind that legal drugs as liquor and nicotine are not made extra concentrated for sale by street venders to underage purchasers.


Hassan was born Margaret Wood in Boston, Massachusetts to Robert Coldwell Wood and Margaret Wood (Byers). [5] She attended Lincoln-Sudbury Regional High School and graduated with the class of 1976. She then earned her A.B. from Brown University and received her J.D. from the Northeastern University School of Law.[6] She worked as an attorney for the law firm PalmerDodge Advisors from 1985–92. From 1993–96, she was Associate General Counsel for Brigham and Women's Hospital/Partners Healthcare of Boston.

Brigham and Women's Hospital (BWH, "The Brigham") is the largest hospital of the Longwood Medical and Academic Area in Boston, Massachusetts, USA. It is Harvard Medical School's second largest teaching affiliate with 793 beds. With Massachusetts General Hospital, it is one of the two founding members of Partners HealthCare, the largest healthcare provider in Massachusetts.

Core service lines
New Hampshire Gov. Hassan's opposition to legal Cannabis may be linked to a motive to deny its use in cancer treatment as a low cost and infinitly sfare and more effective alternative to that in current practice.

In any event, so long as she persists with such evil opposition to end the pharmacratic inquisition, Maragert Hassan screams out in need of a voters recall.  That would send a strong message that silly sloganeering must not rule over common sense and compassion.
Posted by Douglas Andrew Willinger at 4:00 PM No comments:

May this mark the beginning of 2014 as the end of drug prohibition!

Posted by Douglas Andrew Willinger at 3:11 PM No comments: