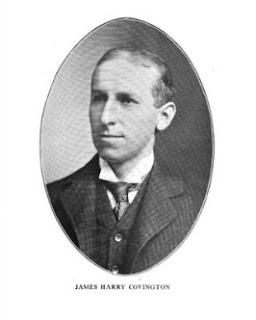 WASHINGTON, DC, July 6, 2015 — Former U.S. Attorney General Eric H. Holder, Jr., is returning to Covington as a partner after more than six years of service as the nation’s top law enforcement officer.
Mr. Holder will be resident in the firm’s Washington office and focus on complex investigations and litigation matters, including matters that are international in scope and raise significant regulatory enforcement issues and substantial reputational concerns.

“It is a source of great pride to welcome Eric back to the firm after his distinguished service as attorney general,” said Timothy Hester, chair of the firm’s management committee. “Eric’s entire private practice career has been as a Covington partner, and we look forward to the role he will again play as a colleague, leader, client adviser and advocate.”

Mr. Holder is the third longest serving attorney general in U.S. history and the first African American to hold the office. As a member of President Obama’s cabinet and head of the Department of Justice, he oversaw the government’s efforts to address many critically important issues arising at the intersection of law and public policy, including national security investigations and prosecutions; landmark antitrust, environmental, fraud, and tax cases; the defense of voting rights and marriage equality; and reform of the federal criminal justice system. In 2014, Time magazine named Mr. Holder to its list of 100 Most Influential People, stating that he “worked tirelessly to ensure equal justice.”

Mr. Holder’s service as attorney general marks the most recent chapter in a remarkable career in public service. Prior to joining Covington in 2001, he served during the Clinton Administration as Deputy Attorney General and United States Attorney for the District of Columbia. Earlier, Mr. Holder served as Associate Judge of the Superior Court of the District of Columbia, having been appointed by President Reagan in 1988. Before becoming a judge, he served for many years as a public corruption prosecutor in the Justice Department’s Public Integrity Section, which he had joined in 1976 upon his graduation from Columbia Law School.

Mr. Holder was a partner at Covington from 2001 until February 2009, when President Obama appointed and the Senate confirmed him as the nation’s 82nd Attorney General.

“Returning to Covington is like coming home. I couldn’t be happier to rejoin the firm and to have the opportunity once again to work with its exceptional lawyers and staff, for whom I have such high regard,” Mr. Holder said. “I am returning to Covington for the same reasons that drew me to the firm in the first place—its commitment to excellence in the service of clients, a collaborative and team-oriented culture, and a dedication to pro bono and public service.”

Eric Holder advises clients on complex investigations and litigation matters, including those that are international in scope and involve significant regulatory enforcement issues and substantial reputational concerns. Mr. Holder, who was a partner at Covington from 2001 to 2009, rejoined the firm after serving for six years as the 82nd Attorney General of the United States.

Before his service as Attorney General, Mr. Holder maintained a wide-ranging investigations and litigation practice at Covington. Among numerous significant engagements, he led the firm’s representation of a major multi-national agricultural company in related civil, criminal, and investigative matters; acted as counsel to a special investigative committee of the board of directors of a Fortune 50 technology company; successfully tried a complex discrimination lawsuit on behalf of a leading financial services company; and represented several life sciences companies in litigation and investigations.

Mr. Holder served as Attorney General from February 2009 to April 2015. As the third longest serving Attorney General in U.S. history and the first African American to hold that office, Mr. Holder is an internationally recognized leader across a broad range of regulatory enforcement, criminal justice, and national security issues. In 2014, Time magazine named Mr. Holder to its list of 100 Most Influential People, noting that he had “worked tirelessly to ensure equal justice.”

Including his tenure as Attorney General, Mr. Holder has served in government for more than thirty years, having been appointed to various positions requiring U.S. Senate confirmation by Presidents Obama, Clinton and Reagan.

Posted by Douglas Andrew Willinger at 1:36 PM No comments: