“COCA '95: A Necessary Drug Policy Alternative from Abroad”
The Drug Policy Foundation's 1st and only Coca specific panel appearing in their printed schedules of their conferences,held October 1995 at their 9th International Conference "Harm Reduction- Bringing the International Community Together", in Santa Monica, California 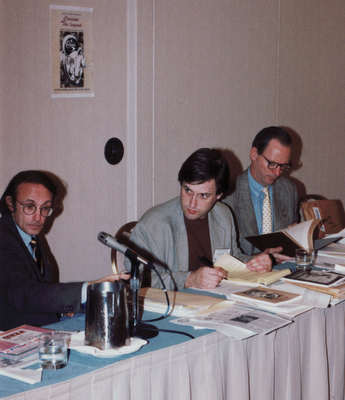 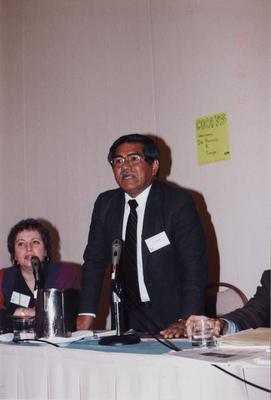 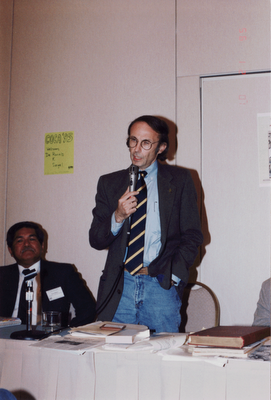 Posted by Douglas Andrew Willinger at 10:00 PM No comments: 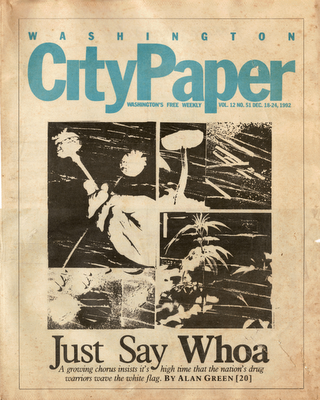 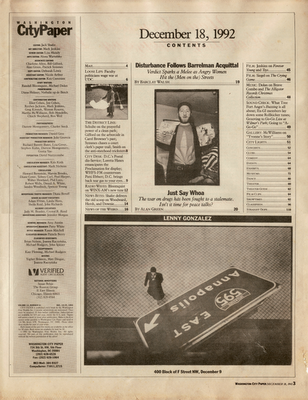 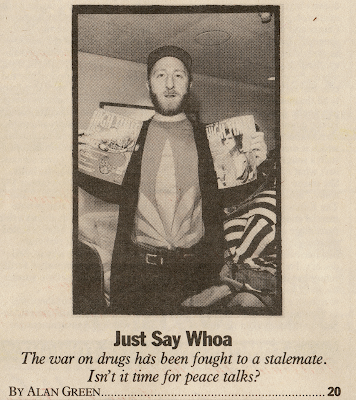 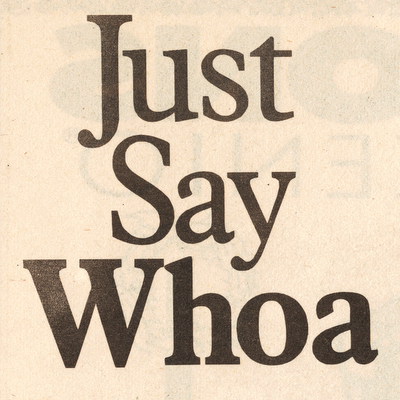 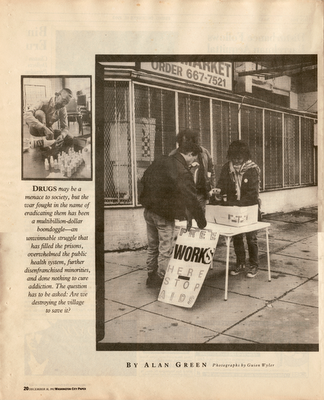 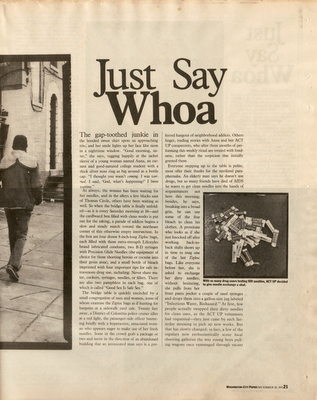 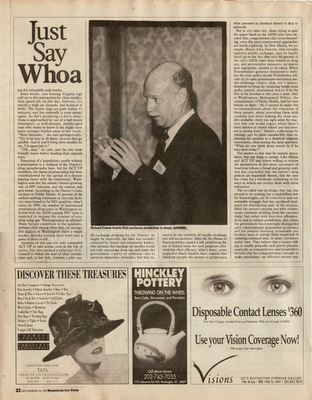 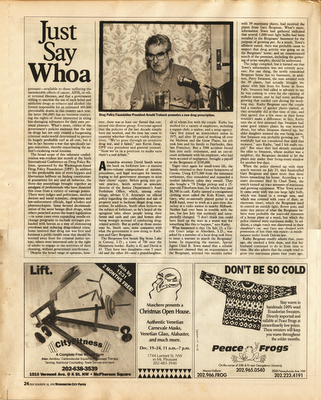 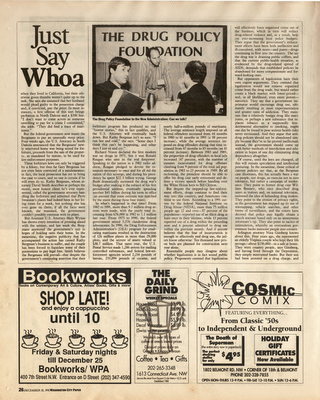 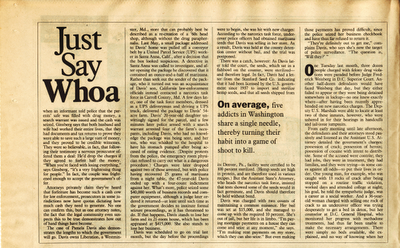 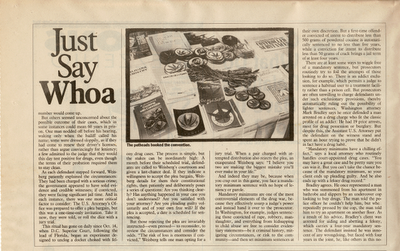 Posted by Douglas Andrew Willinger at 2:00 PM No comments:

What do we do?
Send him to rehab. It's methadone now or it's heroin later.
There is one other option: Ibogaine Hydrochlorite.
Within 24 hours he would loose his craving for heroin.
Clinics around the world use it to treat heroin addiction.
Let's do it.
I can't. The drug is illegal here. Because the patent expired and no drug company can make a profit of it.

What you are doing is illegal.
One dose of Ibogaine and he is clean- we are leaving.
It's kidnapping.
I am a doctor; I have a moral obligation to treat him.
Even it means loss of your license?

Law and Order SVU -Ibogaine - 7th November 2009, 12:42 AM
Did anyone see the Wed nite episode of L&O SVU? Finally a somewhat good message. Wong, the psychiatrist put his job on the line by healing a heroin addict with ibogaine. He knew it was illegal. He and Elliot were talking how dumb it was to be illegal but that the pharm companies don't want people to have access except for the inferior big pharma drugs. I'd imagine they were talking about suboxen. So Wong took the kid to an ibogaine clinic and administered 800 mgs of ibogaine hydrochloride.

Now the silly part was they were saying it "cures" addiction in 48 hours. They also made it sound like the "trip" part was a side effect of the ibogaine instead of one of the main reasons. Also once the kid was healed they needed him to testify against a cult/minister drug dealer. Wong reported himself and had a 30 day suspension of his license for using ibogaine. He was adamant about the positive properties.

I just thought the mention of greedy big pharma on primetime due to an illegal helpful psychedelic was interesting. The message was put forth even with all the silliness surrounding the episode.

This mention of big pharm is but the tip of the iceberg, as provided by the following helpful comment:

1. To paraphrase the previous comment, many defendants plead guilty in order to pass for "easy" and avoid the hard time that "hard cases" get. ("Admission" to the drug court program is a better deal than prison-- you are better protected against gang-rape, persecution etc.) That in turn enables prohibitionists to "prove" marijuana is a problem-causing "drug" by pointing to the large statistical number of marijuana "offenders" admitted to the drug court program.
2. Both in prison and in "drug programs" are to be found well-paid bureaucrat "therapists" punitively pretending to "treat" the marijuana "drug offenders" on the premise that cannabis must be classified as a "drug" rather than as an "herb" or "nutritional supplement" which would place it in a non-punitive category.
3. Police, prosecutors, judges, bailiffs, guards are all benefiting from their share of over $30-bil./yr/US nicotine $igarette tax money, and for that they reward the big tobackgo corporations by suppressing cannabis as an illegal "drug" and thereby suppressing the anti-overdose smoking and vaporizing equipment (which, if cannabis were legal, could become readily available to tobacco users and replace the now entrenched profitable hot burning overdose $igarette marketing format), on the premise that such equipment is related to illegal cannabis and thus also illegal or "evidence". (How would you like your $600 Volcano vaporizer to be confiscated, or used as evidence to convict you of a crime?)
4. Big pHARMa doesn't want unprofitable homegrown cannabis to get a chance to (a) outclass their currently profitable proprietary Stop Smoking remedies at $20, $40, $60 a box and a 10% success rate, and (b) cause an abrupt decline in cigarette smoking, leading to a consequent decline in sales of profitable Statins and other drugs now used to manage chronic tobacco-related degenerative diseases.

This influence plausibly extend to the drug policy reform movement in the form of legal advice via an important and well-connected food, drug, pharmaceutical and cigarette industry law firm:

How about better employing such legal resources for Ibogaine -- note that the legal adviser herself is a food, drug and insurance attorney: should not the insurance industry be interested in ways of reducing health care costs? -- as suggested for Coca and alternatively with Marijuana more generally as a public health measure, at the following links, as part of a general drive to reduce health care costs?