WASHINGTON — Republican House leaders have drafted a proposed contempt of Congress citation against Atty. Gen. Eric H. Holder Jr. in which they charge that he and his Justice Department have repeatedly "obstructed and slowed" the Capitol Hill investigation into the ATF's flawed Fast and Furious gun-tracking operation.

The 48-page draft citation is being drawn up by Rep. Darrell Issa (R-Vista), chairman of the House Committee on Oversight and Government Reform. Top committee officials recently met for most of a day in the House speaker's office and were given the green light to proceed toward a contempt citation, according to sources who declined to be identified.

Posted by Douglas Andrew Willinger at 4:42 PM No comments:

Today I did something that has gotten me p***ed off again.

Was out with a friend.

We go to a gasoline station/convenience store.

Each of us gets a beverage and some snacks.

Never heard of Nestle Nutrition till today but have long heard of Nestlie- you know the outfit founded over a century ago fond well known and liked for its chocolates.

I figure- ok, I see it has no high fructose corns syrup- a major bane of gasoline-convenience store drinkery.  Suger is the second ingredient after the first, skim milk, and the third, canola oil.  Does not sound that appetizing, but the choices are not good at such places, so I say, what the hey, I'll try it.

After its paid for I take it, crack it open and empty the contents into me.  Ok, so far.

Than fast forward about 50 minutes, and I start to feel it, BAD- a sensation I've had before with certain 'ghetto' chinese food such as the Washington DC Chinese ghetto sub sandwich which I wrote about in FMD a few years back.  Damn.  The label said nothing about MSG- mono-sodium glutamate, that horrific appetite inducer that can make on feel ravishingly hungry eve though one's stomach is full- as was my stomach upon eating one of those subs with its meat doused in that special soy sauce when its being cooked.

So what was/is it in Nestle Nutrition that acts like msg- without that substance appearing on the label?

So I try googling the forth ingredient- calcium caseinate.  And what do I find?


Calcium caseinate is a protein produced from casein in skim milk. At neutral or acid pH, casein is relatively insoluble in water, and is easily separated from other milk proteins, sugars and minerals. After their removal, the casein is solubilized at a high pH with calcium hydroxide; the solution is then dried (usually spray dried). Calcium caseinate contains about 17% glutamic acid.

Its main food uses are for powders requiring rapid dispersion into water, such as coffee creamers and instant cream soups. It is also used as a dietary supplement by bodybuilders and other athletes, who ingest it before bed, with breakfast, or as meal after working out, as it breaks down at a slower rate than whey protein, thus supplying the body with a sustained amino acid release. It is believed to neutralize capsaicin, the active (hot) ingredient of peppers, jalapeños, habaneros, and other chili peppers.


The word "glutamic acid" catches my eye; and what is it?

Although they occur naturally in many foods, the flavor contributions made by glutamic acid and other amino acids were only scientifically identified early in the twentieth century. The substance was discovered and identified in the year 1866, by the German chemist Karl Heinrich Leopold Ritthausen. In 1907 Japanese researcher Kikunae Ikeda of the Tokyo Imperial University identified brown crystals left behind after the evaporation of a large amount of kombu broth as glutamic acid. These crystals, when tasted, reproduced the ineffable but undeniable flavor he detected in many foods, most especially in seaweed. Professor Ikeda termed this flavor umami. He then patented a method of mass-producing a crystalline salt of glutamic acid, monosodium glutamate.[3][4]


In other words, MSG by another name.

IMHO they use this stuff not simply to improve taste, but rather to "improve" appetite" to make people ravishingly hungry when they should be anything but.

It is something that does not belong in food products in such higher concentrations (I have never had this problem with seaweed), and for a society that allowed itself to be bamboozled into the war on certain drugs'- yet another indication of the fraud of our government.
Posted by Douglas Andrew Willinger at 8:38 PM 2 comments:

for being a crime victim- September 27, 2009 Nebraska State Police theft 149 pounds of Marijuana 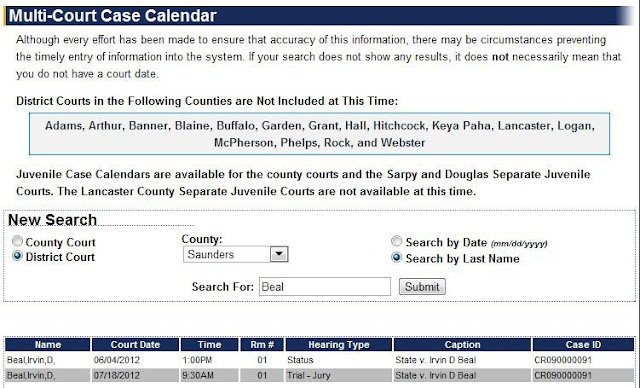 IRVIN BEAL
387 NORTH CHESTNUT ST #4
WAHOO, NE 68066....PLEASE SEND MAIL TO THAT ADDRESS....MONEY CAN ONLY BE SENT IN THE FORM OF A POSTAL MONEY MADE PAYABLE TO THE ABOVE....REMEMBER THE NAME OF THE SENDER ON THE ENVELOPE AND THAT OF THE SIGNER MUST MATCH

Posted by Douglas Andrew Willinger at 1:28 AM No comments: