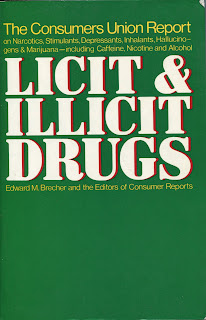 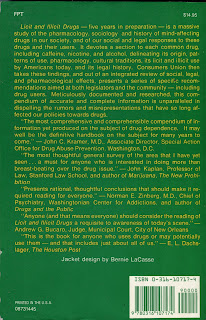 The book that provides this telling picture of what the drug war did for cigarettes, misses the agricultural mercantilism repression of Coca, for the promotion of Tobacco.

It fails to cite any of the history of Coca's use as a 'Tobacco habit cure", nor of this concern of the USDA., such as with the targeting of Coca-Bola.

It's chapter on "Coca Leaves" is perhaps this 623 page book's shortest, at a mere 3 pages.

It's chapter "A Program for the Future" concerning Tobacco postulates the task of finding a less harmful substutute, without of course bothering to even mention the history of Coca's use here.


Keeping carcinogenic smoke out of the lungs, however is only a parial solution.  Switching to cigars, pipes and chewing Tobacco does not eliminate the risk of cancers of the oral cavity.  Moreover, the bulk of the damage suffered by smokers is due to diseases of the heart and circulatory system- and it is the nicotine itself that has adverse effects on the heart.  The second direction in which future policy must move, accordingly, is to find a nicotine substitute.

Such a substance should have no adverse effects (or significently less disastrous effects), on the heart or other organs, but should satisfy the craving for nicotine.

Can such a substance be found?

The odds in favor are good.  Literally scores of nicotine "cogeners" molecules closely related to nicotine chemicals - are known; and many of those are also known to have no effects upon heart action.  What is not known is which of them will satisfy the nicotine craving.

Posted by Douglas Andrew Willinger at 9:04 PM No comments: 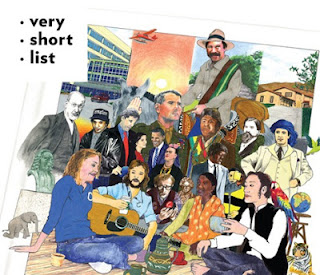 
Posted by Douglas Andrew Willinger at 8:07 PM No comments: 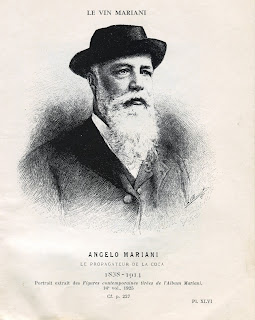 Perhaps the best way to explain Mariani’s success, however, is the examination of Mariani and Company’s promotional materials and published consumer responses in the United States from 1886 to 1910. It seems clear that Mariani’s wine, and its many imitators, were quite popular in the United States during these years.

Actual business records of the company do not seem to exist, but at least one unique source exists: The Efficacy of Coca Erythroxylon: Notes and Comments by Prominent Physicians, a Mariani pamphlet published in 1888 and apparently distributed as promotional material. Its contents include published letters from numerous doctors across the United States praising Mariani wine. 24

Of course, this data is not as reliable as say, sales figures, and certainly there could be letters received by the company that were unpublished. However, this evidence deserves consideration. There is no doubt Mariani’s company printed the pamphlet to help sell its product. On the other hand, given the randomness of the locations of the letter writers and the diverse numbers from those particular locations, it would be hard to conclude that the company simply made up the data to sell the product. Therefore, it is quite possible to treat this evidence like a primitive form of consumer research or polling data.

Thirty-one states and the District of Columbia were represented in the pamphlet, clearly indicating a nationwide distribution system. Roughly 300, or over a quarter of these letters, came from New York State. The second most represented state is Pennsylvania with about 10% of the total. Coming in third is Massachusetts with roughly 6% of the total. Ohio followed with about 5%. 25

One interesting aspect of the distribution of these letters is their concentration in some of the most heavily industrialized parts of the country. Here, Spillane and Gootenberg’s recognition of coca/cocaine as being an aspect of modern society, and a way to cope with it, rings true.

According to U.S. Census statistics New York, the state with the most letters, was the most industrially developed state in the union in 1890, with 65,840 manufacturing establishments, and 752,066 wage earners.26

Although those four states were the leaders, it is important to note that the wine was present in all regions of the country.

All the Border States of the near southern United States, Missouri, Kentucky, Maryland, and Delaware (combined about 10% of total letters) had doctors who sent the company letters.29

The Midwest represented by Ohio, Michigan, Illinois, Indiana, Minnesota, and Wisconsin (about 22%).

The West is the smallest by proportion, represented by Nebraska, Colorado, Utah, Oregon, and California (5%).

A little over half then (55%) of the correspondence is from the heavily industrialized Northeast: New York, Pennsylvania, New Jersey, Connecticut, New Hampshire, Massachusetts, Maine, Rhode Island, and the District of Columbia.30

The lowest levels of penetration are in the west, where levels of industrialization were low: Colorado, Utah, Oregon, and California combined for 11,495 manufacturing establishments and 108, 821 wage earners, only a fraction of just one state in the Northeast, like New York.31 The numbers of imitators spawned can also measure Vin Mariani’s success.

The Druggists Circular Price List of Drugs” published in April, 1903, lists 27 wine-medicines, out of over 100, that have the word coca in their name. The number increases to almost half if one counts the appearance of the word cocoa (the terms were often confused, however one cannot discount the possibility that cocoa and wine were mixed).32

There are also 24 total listings with “Vin,” “Vinum,” and “Vinegar,” in the name, showing the presence of many other wine-medicines.

Vin Mariani also appears to be affordable; it is listed at $1.75 a bottle.33

The price of the wine also compared favorably to that of liquor at $1.00 a quart in 1902, and other
wines priced at $5.00 for 12 quarts.36  Vin Mariani consumers were for the most part, middle class, and that appears to be the audience they reached with their advertising.

Posted by Douglas Andrew Willinger at 7:07 PM No comments: