Missing the Point: Heroin as a "Controlled Substance"

From a July 10, 2008 article in the NY area newspaper Newsday about an 18 year old girl's --Natalie Ciappa -- tragic fatal heroin overdose: a quote from her mother Doreen:

As with so many mainstream newspapers, this misses the point. If one is to ask about the relative ease or difficulty of purchasing a substance, or safety, then ask:

My daughter can't buy cigarettes or alcohol because she is not yet 21, and those products are legal for adults and available through retailers who must be licensed; that the cigarettes and alcohol products that are there for sale in a regulated commerce with at least a guarantee of consistency- e.g. they will not vary significantly enough to surprise the user with a fatal overdose.

Imagine such policies applied to Tobacco and alcohol, with the prohibition of the 1920s and its rotgut bath tub concoctions some of which made people blind, or cigarettes replaced with highly concentrated nicotine of variable potency taken intranaseally or injected.

What would we think of an analysis that overlooked all of that in favor of a cry for involuntary "treatment." 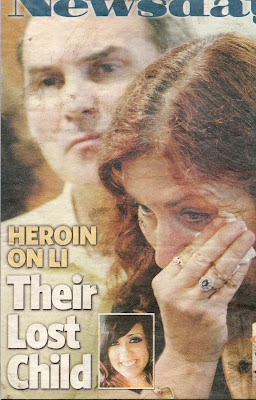