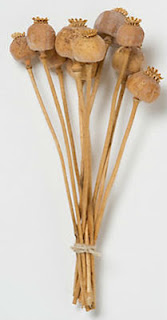 Less addictive than Tobacco and non carcinogenic,
Opium was nonetheless demonified by the twentieth century pharma-cigarette criminal mercantilism - with a regimen that would otherwise be seen as silly if applied the methadone model to nicotine.

Last July the Kennewick, Washington, Tri-City Herald profiled Poppydog Farms, a new local business selling dried pods from poppies grown on 40 acres in Pasco. The operation had attracted 2,400 customers from across the country, including wholesalers as well as consumers. "Every single day we're getting new customers," enthused co-owner Ken French. "It's turned out to be a lot more successful than we ever dreamed."

The paper explained that "crafters use the pods for ornamentation," while "florists grow red, pink and white-and-purple flowers with the seeds." French described the flowers as "stunningly beautiful." 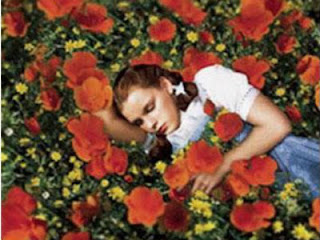 They are also sort of illegal, a point that police clarified when they arrested French and his wife, Shanna, for unlawful delivery of a controlled substance less than four months after their business was featured in the Herald. Although Papaver somniferum is commonly used in gardening, floral arrangements, and food, it is also listed on Schedule II of the Controlled Substances Act as "opium poppy."

That status usually means a substance can be produced and distributed only by people licensed to do so. But since the plant is widely grown in the United States by people ignorant of its identity as the source of opium, drug warriors generally do not bother with it.

They made an exception in French's case after he allegedly told detectives with a regional drug task force that tea made from crushed poppy pods could be used to relieve pain or improve one's mood. Police say he also announced that he sold the pods strictly for "ornamental purposes," adding, "That's my story, and I'm sticking to it."

A few weeks later, state prosecutors announced that they would not be pursuing charges against the Frenches. Although that sounds like good news, it may only have signaled that the feds were taking over the case. The Justice Department has moved to seize the couple's land, arguing that it is the site of an "ongoing drug enterprise," and their lawyer, Jim Egan, told the Herald he anticipates that if there are criminal charges, they will be filed in federal court. But Egan argued that the Frenches should not be held criminally liable for a business they thought was legal:


There's a plethora of evidence that Mr. Ken French [had] no idea this was an illegal activity. If he thought it was illegal, he probably would not have advertised on the Internet.... He incorporated the business, got a business license and did all the things he was supposed to do in order to set up the business. He also talked to the Tri-City Herald...and said what a wonderful business it was. That's something that people who are trying to hide their criminal activities don't usually do.

Egan has a point, although the Justice Department has been known to target medical marijuana suppliers who likewise operated openly, complied with regulations, and believed their businesses to be legitimate. Then, too, the detectives' report of their conversation with French, assuming it is accurate, suggests he knew there was something potentially illicit about selling poppy pods, depending on the intended use.

The same sort of guilty knowledge proved problematic for Jim Hogshire, who did not merely acknowledge in passing the analgesic and psychoactive properties of opium tea but wrote a whole book about it.

The book, Opium for the Masses, figured prominently in the decision to arrest Hogshire in 1996, when Seattle police charged him with "possession of opium poppy, with intent to manufacture and distribute." The charges were ultimately dismissed for lack of evidence. 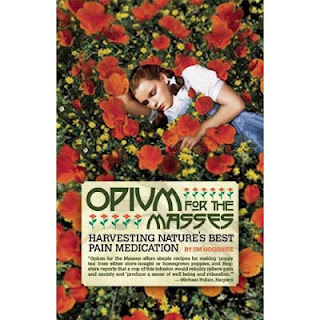 I don't know why there is not more domestic opium production. The information is out there, given the popularity of pharmaceutical opioids and the problems chronic pain patients face in getting access to the medications. The DEA has been quietly conducting a campaign of information supression against the psychoactive properties of the common oriental poppy. See Michael Pollan's article in Harpers about Jim Hogshire and Pollan's own experience with the poppy.