Cocaine, Caffeine and Nicotine are all alkaloids that serves as CNS stimulants, that are found naturally occurring in small amounts in plants ... the whole issue of dilution-concentration goes about completely ignored by drug war supporters and reformers!

Pure caffeine powder can be purchased by anyone to boost the caffeine content of food or beverages.

However, this product is not recommended.


Just 1 teaspoon of caffeine powder has about 4706mg of caffeine, which is enough to cause serious harm and severe overdose symptoms. This product is the most dangerous caffeine related product!

The FDA recently posted a warning, urging consumers not to purchase this powdered caffeine.

The only people who should consider this product are those that have a digital scale and can precisely measure out a safe dose of caffeine.

Using common measuring devices like measuring spoons etc. will likely result in too large of a dose.

Some caffeine powders also use an "anti-caking agent" but this doesn't change the caffeine content enough to justify being more generous with this type.

We feel that unless you are a food or beverage manufacturer,  buying bulk caffeine powder isn't a wise decision unless you buy the necessary equipment needed to measure it accurately.

Those in possession of caffeine powder should keep the product in its original packaging and out of the reach of children.

At least two deaths have been officially reported from overdosing on caffeine powder when accidentally ingested 2 spoonfuls.

Nicotine is extracted from tobacco or related Nicotiana species and is one of the oldest botanical insecticides in use today. It's also one of the most toxic to warm-blooded animals and it's readily absorbed through the skin. (Wear gloves when applying it, follow label directions and keep pets away from application areas.) It breaks down quickly, however, so it is legally acceptable to use on organically grown crops.

Nicotine sulfate is sold as a 40 percent nicotine sulfate concentrate under trade names that include Black Leaf 40 or Tender Leaf Plant Insect spray. Nicotine kills insects by interfering with the transmitter substance between nerves and muscles. It's commonly used to control aphids, thrips, spider mites and other sucking insecticides on most vegetables, some fruits, flowering plants and ornamental shrubs and trees. Roses are sensitive to nicotine. Choose alternate pest control measures when treating insects on roses

Nicotine sulfate has a DANGER warning. 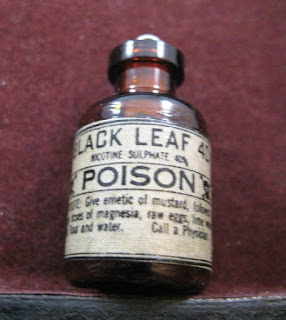 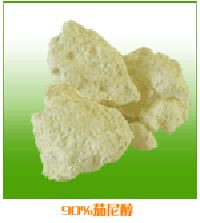