Dana Beal, an activist for using the God-Given Herbal Substance of Ibogaine has long been opposed by a criminal government in conspiracy with Big Pharm

There are two ways you can help Dana Beal:

Dana Beal has been involved in every major social justice movement since his introduction to radical politics in the early 1960?s. In 1963 during a left-wing political rally he stated that should a tyrant ever become President of the United States he should be shot. While that seems like a pretty reasonable assertion to anyone he was informed on and there after whenever a sitting President or candidate came to New York City his whereabouts and activities were monitored and verified by the Secret Service. In 1967 before the 1968 Democratic Convention where the Yippies would become famous, Dana was charged with trying to sell acid to an undercover cop. Beal skipped out on the rap remaining on the run with help from various activist around the country including members of the Weather Underground only to later be apprehended by authorities in Wisconsin. He served a year in prison.

Upon his release he became more active than ever not only founding the Yipster Times but he also started Greenwich Villages Community Bail Fund a money collection that bailed out members of the counter culture who were arrested on various drug charges. This fund bailed out dozens of fellow activist and revolutionaries over the years including Beal himself.

When he was freed from the jail on Center Street hundreds of fellow hippies gathered then carried him on their shoulders back to his office. Dana has spent the last twenty years focusing on the legalization of marijuana and in an almost Quixotic attempt to have the African hallucinogen Ibogaine legalized as a cure for heroin, cocaine, and alcohol addictions. Howard Lotsof an activist/scientist who has done extensive work with Ibogaine as a cure for addiction stated this afternoon that, ?Dana?s support of Ibogaine has enabled thousands of people to walk away from addiction.?

Several days ago Dana Beal was arrested by local police in Coles County, Illinois after being stopped. According to a Sheriff?s department spokesperson, Beal was in possession of over $100,000.00 cash. Unable to verify where he obtained the money Beal has been incarcerated in the Coles County Jail- bail has been set at $250,000.00 (he has been deemed a flight risk due to his past record), and he is being charged with ?Laundering of criminally derived property with a value of $100,000.00.? Mr. Beal is yet to step into a courtroom, however, as his bail was set by a judge who evaluated his arrest and ruled that it was valid and with cause. Thursday morning (June 12th) at 9:30am Dana will appear in local circuit court, possibly to be formally charged with the offence. Meanwhile he remains incarcerated with bond set at $250,000.00 unable to come up with the 10% ($25,000.00) needed for bail.

Beal has obtained a local attorney, Ronald Tulin, and I spoke one of his representatives today. They do not want to comment on the case before they get into a courtroom but they have verified that they are representing Mr. Beal and further stated that no formal charges have been filed on Dana as of yet.

Over the next few days I will be posting news about the case and writing about who Dana Beal is. He needs our help now, brothers and sisters. Mr. Lotsof stated that Dana?s immediate need is to raise $10,000.00 dollars in order to keep his attorneys on retainer. After that an additional $25,000.00 is needed for his bail. As I have stated before, Dana Beal has given up much for his ideals and to protect your rights. The Community Bail Fund he organized in the 1960?s alone qualifies him as someone at least deserving of our respect and any help we can give him.

You can help financially in two ways:

If you can assist with funds for the attorney fees please email me at Cnance@weird-load.com and I will put you in contact with his lawyers.

If you don?t have money please at least send Dana love, good wishes, and good vibes at freedanabeal@weird-load.com and they will be forwarded to him.

If you wish to send money to Dana directly it will be added to his jail account and can be used for his bond please send it to:
Irvin Beal
Coles County Jail
701 7th Street
Charleston, IL 61920

Organizing has happened and it is the least we owe to a man who has given so much to us. Please stay tuned and let?s help this old warrior once again become a free man! 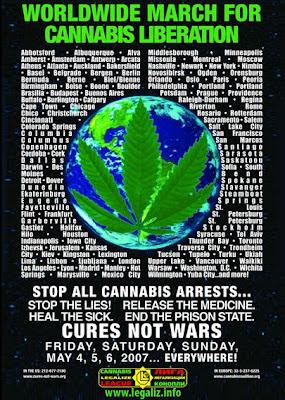