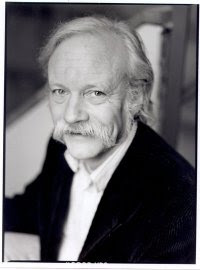 by Dana Beal | Cannabis Health Journal | Issue 11
When the National Institute on Drug Abuse turned its sights on the mechanism of cannabinols and their endogenous analogues such as anandamide in the brain, they were disappointed to find that the dopamine model they relied on to explain drug abuse and addiction seemed to let cannabis off the hook. The modest uptick in dopamine levels produced by pot confirmed what the old hippies saw, marijuana is pleasurable, but not particularly addictive.

More recent work tracing the pathways of another neuro-transmitter, glutamate, has further explicated the question of marijuana’s addictiveness. Familiar to aficionados of cheap Chinese food as mono-sodium glutamate (MSG), it performs multiple functions throughout the brain and the body involved in long-term learning and memory and as a kind of natural stimulant that takes the brakes off” metabolic processes, causing everything to burn hotter.

In 2001 a Swiss researcher, Francois Conquet , made an interesting discovery with “knock-out” mice who had been bio-engineered not to have a particular glutamate pathway called m (for messenger) GluR5. Mice with no mGluR5 could not be trained to self- inject cocaine. This is highly significant because elimination of dopamine transporters and receptors in other knock-outs still left them able to be addicted through cocaine’s rewarding effects on serotonin. Microdialysis recorded the same dopamine spikes in both wild mice and the mGluR5-deficient ones, but soon after the researchers substituted intravenous cocaine for food, the mGluR5 knock-outs stopped pressing the lever. Their affinities for food, water, mating were unaffected; but cocaine could no longer “fool” the knock-outs into accepting it as a replacement for food, water and mating .

In Colorado Springs, the Chairman of the University of Colorado Biology Department is Bob Melamede . Dr. Melamede teaches a whole course on medical marijuana. Central to his thesis is the finding that cannabinols and the endogenous neuro -transmitters they mimic are glutamate antagonists; but not the kind of noncompetitive antagonists , like ibogaine , that come along to “plug the hole” after inonotropic glutamate receptors have opened up to let minerals through the cell membrane. Instead, cannabinols and anandamide act to “ backsignal ” along the metabotropic glutamate pathways that work (like mGluR5) through the second messenger systems and modulate signals of other neurotransmitters.

What cannabinols do is to tell glutamate-firing cells to chill out, to stop firing so much glutamate, an effect that is necessary whenever too much glutamate causes cell processes to burn too hot. Melamede believes the original evolutionary function of anandamide was to control inflammation, and that its role in the body and nervous system grew as glutamate came to be used to do more and more things.

[Suetaznote: This is why marijuana is beneficial to those that suffer from glaucoma, asthma and many other physical problems that result from inflammation.]

So beyond the question of cannabis addictiveness, an understanding of glutamate mechanism has important public policy implications regarding marijuana, tobacco, and carcinogenesis. The oftrepeated myth that “one joint is 3 (or 10) times more carcinogenic than a cigarette”—based on the resin content—collapses upon consideration of the role of chronic glutamate inflammation of the linings of the lungs in generating the free radicals that attack the DNA of immune cells in these linings. Like white blood cells, these immune cells are there to attack pathogens (the lungs are a big vector for infection) that come their way.

The truism that cigarettes are more addictive than heroin becomes a lot easier to understand when we remember that the mediating neurotransmitter of the nicotine high is glutamate. Once you acclimate to the nicotine, so that it no longer makes you sick, its primary “cascade” effect is a quick fix of glutamate, lasting no more than 5 or 10 minutes, which has the effect of calming the addict down while giving them a lift. Typically, because it potentiates long term memory, writers use it to finish articles.

In the lining of the lung, however, nicotine has the perverse effect of putting the damaged immune cell into kind of suspended animation, blocking apoptosis, or cell death. What happens if you keep a damaged cell alive while filling it with free radicals produced by chronic glutamate inflammation ?

Eventually you get bad genetic code, the cell goes cancerous and starts migrating all over the body spreading that bad code. Which is why smokers end up with cancer in some of the strangest places.

It has been estimated that the average New Yorker breathes in pollutants equivalent to a pack and a half of cigarettes every day. But without the key co-factor of the nicotine, they do not get lung cancer at anything like the rate of packand -a-half-a-day smokers. We all have multiple redundant natural immunities that block the sea of crap we breathe from giving us cancer. Indeed, the crowning blow to the prohibitionist argument that burn products, not nicotine, cause the cancer is the widespread incidence of cancer of the lip and gum among people who chew tobacco. There are no published reports of stomach cancer from marijuana brownies.

Beyond the reports of direct cannabis efficacy against certain kinds of tumors, the mechanism of action of cannabinols is 180 degrees opposite of nicotine: anti- glutaminergic , anti-inflammatory. That is why cannabis is prescribed for all kinds of inflammation and auto-immune disease. So regardless of the amount of tar or burn products—and meaning no disrespect to the vaporizer advocates—with cannabinols instead of nicotine in the mix there’s nothing to “turn on” the carcinogens therein.

[Suetaznote: This debunks what people have been told by the government about smoking. That because smoking causes cancer, it must be bad to smoke marijuana. Not true, according to Dana Beal. Nicotine causes cancer, marijuana does not, in any way shape or form, nor does it cause any lung damage.]

The final bit of confusion that can be cleared up here is the widespread fallacy, based on the outdated notion marijuana works like alcohol, that pot is a major cause of accidents. Once again, mechanism of action confirms the epidemiological studies that already show people drive, if anything, more safely on cannabis.

Where cannabis has its very own receptors, alcohol works by unleashing a flood of endorphins in response to major trauma caused by ethanol stripping the myelin sheaths of the nerve cells. From there the addictive process is straightforward, with the endorphins engendering a dopamine spike, which eventually locks in the mGluR5 pathway and so on. But while the trauma is occurring, and you’re drunk, you ability to function is severely damaged in a way that just doesn’t happen with a mild glutamate antagonist working through its own specific set of receptors.

Considered from the public health standpoint, cannabis is more often than not a replacement for alcohol and other drugs. When cannabis use goes up, alcohol use goes down. And because the cannabis effect is NOT incapacitating like alcohol intoxication (every single study to date shows no significant impairment of driving, for instance) the effect of the substitution of cannabis is the saving of lives. Economists Frank Chaloupka and Adit Laixuthai , at the University of Illinois at Chicago , estimate that cannabis decriminalization would reduce youth traffic fatalities by 5.5 per cent, youth drinking rates by eight per cent and binge-drinking rates by five per cent. Other evidence suggests we would see similar declines in emergency-room drug and alcohol cases.

Harm reduction approaches to cannabis have focused heretofore on the market separation of cannabis and other illegal drugs. According to Dutch government facts-sheets, out of the total population of 727,000, Amsterdam has around 5,100 hard-drug users. The primary thrust of policy is to discourage the use of drugs, and to combat the trade in drugs. The authorities also seek to minimize the risks incurred by drug users and to reduce as far as possible the nuisance factor for the general public . In the context of use, Amsterdam ’s drug policy differentiates between hard and soft drugs, i.e.: cannabis is available, but at locations where no other illicit substances may be sold, and this “market separation” is strictly enforced.

Of some 5,100 hard-drug users, around 2000 are of Dutch origin, with some 1,350 having roots in former colony of Surinam , the Netherlands Antilles and Morocco . Around 1,750 users come from other European countries, mainly Germany and Italy . The total number of hard-drug users is steadily decreasing, while their average age is rising, from 26.8 years in 1981 to 39 years in 1999. In the same period the total number of drug users under 22 years of age dropped from 14.4 percent to 1.6%.

The singular flaw of the Dutch system from the standpoint of nicotine carcinogenesis is the almost universal practice of smoking cannabis mixed with tobacco a habit that totally undermines the health benefits of smoking pure cannabis. It will be a hard habit to break, considering the basic chemistry involved.

Combining nicotine’s glutamate agonist effect with pot’s glutamate antagonism offers the benefits of a kind of “speedball”: cutting back on the “stoned” effect of the cannabidiol without interfering with the initial THC-induced melatonin rush—the high.** But the seeds of change are contained within the almost 90% switch from hashish to hydro by Dutch consumers during the last decade. Without the need for tobacco to make a hash joint, better tasting bud—plus the ever-growing popular consciousness of tobacco’s dangers— may in the end be enough to change European tastes. This changeover can and should be augmented by all the publicity tools of a full-fledged public health campaign, with slogans like “Pure Pot Tastes Even Better!”

A better understanding of the mechanism of marijuana as a glutamate antagonist versus the licit glutamate agonists, alcohol and nicotine, raises the interesting prospect of the next logical step for our worldwide movement being not strictly medical, but public heath marijuana. In a generation or less, all carrots and sticks of public health policy may be enlisted in a conscious effort to REPLACE alcohol and cigarettes with a marijuana monoculture, and to REMOVE all cannabis opponents from any role in setting that policy. The benefits of saving up to 600,000 lives a year from cancer and auto accidents in the U.S. alone will make the switchover well worth it!

[Suetaznote: This is the best news I've read yet! This whole article proves what some of us have known all along. The truth is, no one has yet come up with any viable proof that marijuana is bad for one's health. Everything that people like John Walters and Andrea Barthwell, the ex-deputy director of the ONDCP, have said about marijuana has been thoroughly debunked.]

** I will explain the health benefits of melatonin supplements for regular cannabis users in my next article.

Dana Beal, organized the first marijuana protests during the summer of love, 1967. He was a founding member and chief theoretician of the Youth International Party, started the YIPster Times after the Miami Convention protests in 1972 and crusaded for marijuana legalization in the 70’s. He collaborated with Tom Forcade , founder of High Times, changed the name of the paper to Overthrow in 1979, started Rock Against Racism in December 1980, he initiated an Ibogaine project with Howard Lots in an effort to make this addiction interrupter available to addicts everywhere. He published the Yippie anthology, Blacklisted News in 1983, advocated medical marijuana for AIDS patients in 1986, joined ACT UP in 1988, pushed Ibogaine through ACT UP and NIDA until he was unmasked as a medical marijuana activist after a short prison stint in ‘93, co-founded Cures not Wars, started NYC Medical Marijuana Buyers’ Club with Johann Moore in 1995. Beal published the Ibogaine Story with Paul DeRienzo in January, 1997. Dana was part of the Wheelchair Walk for Medical Marijuana from Boston to D.C. in fall 1997, brought Ibogaine to U.K. in 1998, initiated the Million Marijuana March in 1999 and co-sponsored First International Ibogaine Conference at NYU in November, 99.


DTN-Marijuana and the Free Radicals

Posted by Douglas Andrew Willinger at 4:02 AM