in coordination with politically motivated federal targeting of political dissidents? 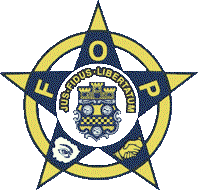 "I can say here tonight that we did not find one scintilla of evidence that there was any medical benefit by consuming marijuana, whether an individual was healthy or whether they were ill, or terminally ill. There was no evidence to that effect... ...Marijuana is a gateway drug, and so we end up with a death toll that we have seen so painfully across this Nation...Federal enforcement of marijuana helps deter use and trafficking in harder drugs and also in related crimes against property and some of our most violent crime. " - FOP July 22, 2003

The State of Nebraska 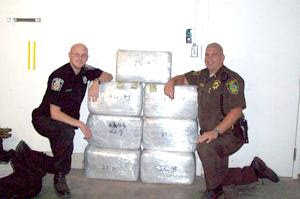 Dana Beal, FOCALIZER FOR THE MILLION POT MARCH and 2 other organizers were busted early thursday morning in a van in wahoo,nebraska ...they are bring charged with among other things allegedly having 150 pounds of pot..see this link that came from a nebraska tv station (http://www.ketv.com/news/21173912/detail.html ) with the pigs version...

however dana needs help with bail and legal defense...please email me via freedanabeal@gmail.com

PAYPAL DONATIONS FOR BAIL AND LEGAL DEFENSE CAN BE SENT VIA DOUGGREENE@EARTHLINK.NET

SAUNDERS COUNTY, Neb. -- Police officers in Ashland, Neb., seized 150 pounds of marijuana during a traffic stop Wednesday night on Highway 6.The seizure was the largest in Saunders County history, said Ashland police. Investigators say the record discovery was made late Wednesday, several miles away from Interstate 80..I-80 has long been known to authorities as a drug pipeline, but as state and local law enforcement agencies step up enforcement efforts along the interstate, smugglers appear to be turning to back roads."They also come down the rural highways trying to avoid the interstate," Ashland Police Chief Mark Powell said. That, he said, is exactly what one of his officers encountered near the city limits, miles away from the interstate.He said the incident started when police stopped conversion van driving erratically. When the officer approached the van and saw several bags of marijuana in plain view, he called for assistance, police said.Powell said multiple agencies responded to that call. The drugs were in duffel bags found throughout the vehicle, police said."Further investigation revealed 150 pounds of marijuana that was loaded inside the van," Powell said.Ashland police said Saunders and Cass county sheriffs' deputies helped in the seizure. Three men in the van were Christopher Ryan, Irvin Dana Beal and James Statzer.All three are being held in Saunders County Jail and are suspected of drug possession with intent to deliver, officers said. They all face charges of possession with intent to deliver. Beal is a political activist who has advocated for marijuana legalization in the U.S. Powell said the bust is a reminder that I-80 isn't the only route on which authorities need to be alert for drug traffickers." Luckily, we have people around who are watching there, as well," Powell said. Authorities said Ryan and Statzer are being held on $100,000 bond each. Beal is being held on $500,000 bond.

No elaboration (nor police video of the incident) is given about the pretext for the initial stop, within reports brandishing the police characterization of roads as "drug pipelines" - suggestive of police not looking out for traffic violations but rather the seizure of contraband 'drugs'.

Nor is it disclosed if the incident involved newer technologies increasingly used since 911, such as license plate and facial recognition cameras, various RFID chips (readable by all of those recently reconstructed truck weigh stations), and cell phone GPS tracking), under the guise of fighting terrorism via the PATRIOT Act (drafted at the Jesuit Order Georgetown University).

Such advances in data gathering, collection and analysis are potentially useful tools for those within a government to abuse in subversion of the U.S. Constitution's 1st Amendment guarantee of free speech, via subverting its 4th Amendment prohibition against warrantless searches, and are likelier to occur in an environment lacking sufficient checks and balances., as that engendered by courts that betray their mandate by placing the Constitution beneath statutes, such as by routinely accepting boilerplate police testilying -- including that the police video of the incident was "just grey static" -- to perpetuate illegal seizures.

Facilitating the national government's use of IAO collected data to ensnare local police coordination are the recently established FUSION centers. These have the serious potential for abuse by providing a routine chain of command for a centralized entity to employ local police as tools to punish political dissidents- of which Irvin Dana Beal certainly is, and of which whereabouts just 3-5 days earlier was apparently no great secret being publicly visible at the previous weekends's NORML conference in San Francisco, CA 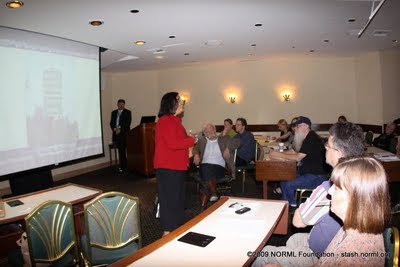 Dana Beal (immediately to right of Madeline Martinez in red) at Russ Belville's "Tools for Activists" breakout panel at NORML CON 2009
Saturday, September 26, 12:15 – 1:30pm
Tools For Activists (What Can I Do?)

Who Is Dana Beal? 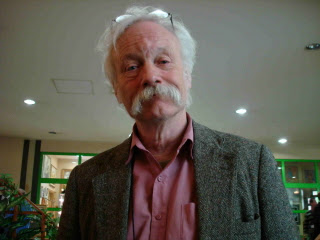 New York marijuana activist Dana Beal has been arrested again in the Midwest, this time. Nebraska police apprehended Beal and two others in a van on Wednesday in Ashland near Interstate 80 (just West of Omaha) after the vehicle was stopped for driving erratically. Bail was set at $500,000.


Beal was last seen in San Francisco at the NORML Conference. Presumably, he was driving back from California when the bust took place.

The Cures Not Wars founder has had numerous run-ins with the law, the most recent of which came last June when Illinois authorities confiscated a small amount of marijuana and $150,000 from him. This past May, Beal pled guilty to the pot charge and paid a fine, but the cash was not returned.

Beal organizes the annual Global Marijuana March each May. 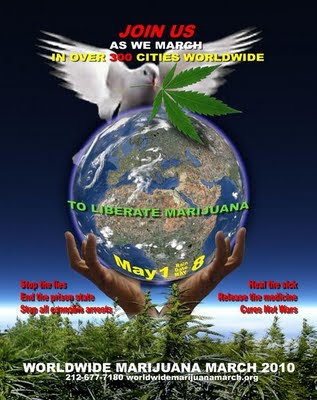 WHO IS IRVIN DANA BEAL?

According to his brother Charlie Beal, Beals roots trace back to the Charlmagne and the Hessians. One of his ancestors signed the Declaration of Independence so it is no surprise Beal has been a fighter for the Bill Rights and was able to prevent encroachment on it by the evil Mayor Giuliani. This case set an important precedent regarding the right of peaceful assembly. Beal's father was the archivist for the State of Michigan. Dana has traveled internationally promoting Ibogaine, which many former junkies say helped them kick dope and which clinical tests have shown to effective in resetting heroin receptors. His last trip was to New Zealand.

A pro-cannabis group is pushing for the introduction of a hallucinogenic-type drug as a treatment for P addiction. American drug law reform campaigner Dana Beal will today address a public forum at the University of Otago on the use of ibogaine, a drug which sends people into a dream-like trance for several hours. Supporters say it reduces craving and leads drug users to confront their drug-taking behaviour after one or two doses, with the help of psychotherapy. Ibogaine has previously been used with heroin addicts and is now being promoted as a weapon against pure methamphetamine. However the drug is banned in some countries, including the United States and Europe, because of its hallucinogenic properties. Dr Fraser Todd, a senior lecturer at the National Addiction Centre at Christchurch Medical School, said the main problem with ibogaine was a lack of clinical trials to prove its safety and effectiveness. It worked in a similar way to ketamine, a drug which had been tested overseas and could be trialled soon in New Zealand. "If that drug [ibogaine] doesn't have long-lasting side effects from a one-off use and does fix addiction, that's potentially a major addition to our armoury." But drug education campaigner Mike Sabin said the drug could be especially dangerous for the many methamphetamine users who took other medication for mental illnesses. "There's a lot of things to be ticked off before you could say this could be safely administered."

Mr Beal, 62, a longtime marijuana legalisation supporter, has been brought to New Zealand by the National Organisation for the Reform of Marijuana Laws New Zealand. President Phil Saxby said ibogaine had some side effects on users but so did medicinal marijuana and aspirin. "If you banned everything because it had side effects you'd never do anything." Auckland psychotherapist Dr Tony Coates, who would like to use the drug as an addiction treatment, said he had tried it himself and found it was "everything it was cracked up to be" in personal accounts on the internet. He said most ibogaine users remained fully awake but went into a dreamlike trance for five or six hours. Addicts confronted vivid memories of the experiences which led to their drug taking and could discuss these afterwards with a counsellor. Ibogaine also removed craving for other drugs. Dr Coates said ibogaine appeared to have no legal status in New Zealand but Medsafe had told him it would have to be registered as a medicine before he could give it to patients. There had been no large-scale clinical trials of the drug and he had found it difficult to interest anyone in starting one.


DANA HAS ORGANIZED NATIONAL MARIJUANA DAY IN DC FOR DECADES 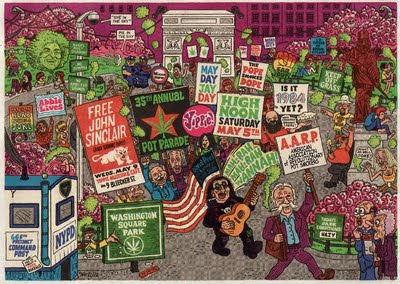 Nebraska
along Route 6 in the City of Ashland
September 30, 2009 10:35 PM
The rarity of a seizure of such size on a road so close to the parallel I-80 (see the "6" shield just east of Lincoln and nearer to Ashland in the above Nebraska road map CLICK TO ENLARGE), with Beal's notoriety with the criminal mercantilist ruling class, his previous MJ 'law' convictions, the new tracking technologies developed by DARPA, the vindictiveness of authorities within the U.S. prosecuting pro MJ activist Marc Emery, and the timing after Beal was publicly seen a few days earlier at the NORML conference in San Francisco, can make one quite reasonably ask did this unfortunate incident resulted from criminal federal officials relying, via their FUSION centers, a "tip" to local police?

Interstate 80 through Nebraska has become infamous as a drug pipeline. However, a highway which runs parallel with I-80 proved to be a pretty good catch for law enforcement Thursday night.

An Ashland police officer pulled over a vehicle on Highway 6. Three suspects were arrested after 150 pounds of marijuana was found hidden in duffle bags throughout the vehicle. The Saunders & Cass County Sheriffs departments assisted in confiscating the drugs.

The suspects say they are from New York, Ohio, and Michigan. They will be charged with possession with intent to deliver and failing to obtain drug tax stamps.

The Ashland police department says this was the largest marijuana seizure in the history of Saunders County.


while they don't mention Dana in this story I think this is the bust. Notice the additional charges for not having a "tax stamp" - a tactic originating in the late 80's if memory serves to pile on additional charges. A true Catch-22 - busted if you try and buy the tax stamp. extra charges if you get busted w/o one. Blows me away this hasn't been ruled unconstitutional.

Indeed as a denial of equal protection via a RICO scheme to deny civil rights in pursuance of market protection for politically favored commodities based upon junk science that would place MJ together with injected heroin and/or cocaine HCI. (Meanwhile, Nebraska's cigarette tax is 64 cents per pack of 20) - a relative set of policies that owing to the substances' relative effects, subvert public health. 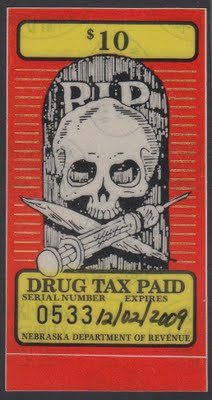 This video features the intrepid duo, Dana Beal (recently busted with 150lbs of medical marijuana) and arch 'Pieman' Aron Kay, up against the forces of evil. Music by Benedict Arnold & The Traitors.

Under sentencing guidelines, Dana Beal may be facing 10 years to life in prison.

Would the jury so find him guilty if they knew what it was all about?
Posted by Douglas Andrew Willinger at 12:20 AM