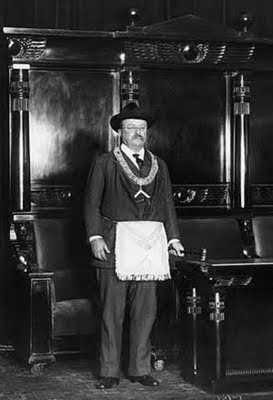 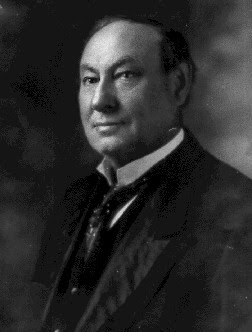 Freemasonry responsible for treasonous subversion of freedom of diet and medicine for tobacco-cigarette/pharmaceutical racketeering: 100 million lives and countless years of the waste of the drug war


Theodore Roosevelt is known as one of the greatest American Presidents this country has known. He was primarily known as a great conservationist and started the National Park System. He did renovations to the White House and imprinted a “can-do” attitude which helped the population face the challenges of the new 20th Century.

Among all these things, Theodore Roosevelt was also an active Mason who exemplified the spirit and brotherhood of Masonry while serving as President. He believed in Masonry until his death.

I did some research and thought I would share some of these facts with you in this Blog.

Brother Theodore Roosevelt was initiated: January 2, 1901, Matinecock Lodge No. 806, Oyster Bay, New York. Brother and President Roosevelt visited the Grand Lodge of Pennsylvania (in its present home, the Masonic Temple at One North Broad Street) on November 5, 1902, for the Celebration of the Sesqui-Centennial of Brother George Washington's Initiation into Freemasonry. Governor of New York, 1899-1901. Brother and President Roosevelt issued an Executive Order, dated, October 17, 1901 changing the name of the "Executive Mansion" to the "White House".

Theodore Roosevelt, said in 1902, "One of the things that attracted me so greatly to Masonry . . . was that it really did live up to what we, as a government, are pledged to -- of treating each man on his merits as a Man"

The following is an excerpt from Theodore Roosevelt’s obituary which was published upon his death. His obituary further validated his love and commitment to Masonry.

“Colonel Roosevelt was a member of the local lodge of Masons, and never failed to keep up his interest in it. He had made a habit for many years of visiting Masonic lodges wherever he went, as a member of the Oyster Bay lodge, and, returning, to tell his brother Masons here of his visits. He found Masonic lodges when he was in Africa at Nairobi, and in South America he found a lodge on the Asuncion River. The Masons here knew from Colonel Roosevelt of the doings of Masonic lodges in all parts of the world. The members of the local lodge suggested a Masonic funeral yesterday, but this was dropped when the wishes of the family became known.”

While a member of Matinecock Lodge, Theodore Roosevelt resided and raised his family in a beautiful home there which he called Sagamore Hill. I recommend that any Mason take the tour of this beautiful home which is brimming with historical significance. Today this residence is run by the National Park Service which gives public tours.

If I sound biased about Theodore Roosevelt, it is with good cause as I am proud to say that in 2001 I was a recipient of the Theodore Roosevelt Award and I personally was given a tour of his home. It was a fascinating and unforgettable experience for me which I will never forget.

For a more in depth study of Roosevelt’s Lodge service, you can read the web page taken from the web site for Matinecock Lodge which is located in Roosevelt’s hometown of Oyster Bay, New York. I put this web address here for your convenience.