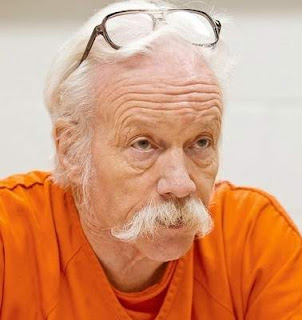 
Posted on Facebook by Nancy J. Allen in FREE DANA BEAL FREE OURSELVES ·

First are the links to the two articles written by Paul Hammel in June, 2012 for the Omaha World-Herald regarding Dana's case in Nebraska, followed by Dana's response:

Thanks for the article, but as always, a few little inconsistencies crept into your well-intentioned coverage. Most important, our understanding with the Manhattan DA’s office does not allow for a dispensary. We meet in the apartments, which change every week, of patient “hosts.” Hosts get their medicine for free. Dennis Brennan was one such host. Given the threat of ongoing federal prohibition or outright theft, this “Tupperware Party model” is very useful for all the medical marijuana states that do not allow dispensaries but do allow patients to form support groups to grow or buy in bulk.

A related point is that much of the medicine in both seizures was destined for Michigan, which now has more than 100,000 registered patients, and Washington, DC, which is still working out its regulations. As I pointed out, when you take the amount seized in Ashland and divide it by the number of patients, that’s less than a gram per patient. With only twelve marijuana plants allowed per patient, there’s never enough medicine and availability is seasonal. I was bringing fresh, green medical grade marijuana weeks before harvest, and it was priced to sell at $4-6 a gram, not the $10, $15, and $20 a gram you find in most dispensaries. Also, dispensaries fall in a gray area in Michigan law and in 2009, none had been established yet. We were hoping to spread the “Tupperware Party model” to Michigan, where I grew up and where my mother, sister, and two brothers still live.

You also glossed over the point that marijuana is not just a painkiller, like opiates. Down regulation of glutamate makes it an anti-inflammatory, which is the reason it’s good against a host of conditions such as rheumatoid arthritis. Glutamate dysfunction is involved in carcinogenesis, which is the reason cancers tend to feel hot to the touch. Painting them with pure oil of cannabis (Rick Simpson’s oil) shrinks skin cancers. Smoked or vaporized medical marijuana probably helps keep you from developing cancer to begin with. My co-defendant in Wisconsin, Lance Ramer, was a medical marijuana patient. After 90 days of confinement where he was denied his medicine, he was urinating blood from a galloping bladder cancer. Iowa County had to release him with time served because they didn’t want to pay for a second operation.

These effects may also be related to cannabinoid inhibition of the AIDS virus (study of SIV in chimps, June-July 2011). The first antiretroviral, AZT, was an anti-cancer drug originally shelved because of toxicity concerns. One of the reasons I am choosing a stipulated bench trial is to establish the fact that pot doesn’t just give you the munchies, it fights AIDS wasting by cutting viral load, perhaps by affecting viral replication like a protease inhibitor. This is tremendously important to countries in Africa that cannot afford the “AIDS cocktail” of meds, where “slim disease” kills millions. If we can get these very conservative governments to opt out of the US/UN drug war, everyone can afford to grow a plant in their yard. Ibogaine fits into all this because I have never gone to a medical marijuana conference that didn’t feature a patient getting up and complaining how difficult it was to get off his prescription opiates once he found out all he needed for his particular condition was medical marijuana.

Ibogaine eliminates medical addiction to opiates in 48 hours. We can send people abroad for ibogaine treatment because it is usually only taken once. The thing that makes changing the law so urgent regarding medical marijuana is that patients are going to need the medicine every day for the rest of their lives. Ibogaine, on the other hand, is only technically illegal, and is almost never prosecuted. In the only recent case involving one dose of ibogaine seized from Dimitri Mugianis, DEA agents apologized to him after viewing his film “I’m Dangerous With Love” and the U.S. prosecutor dropped the case upon being informed Dimitri was mounting a religious defense.

You also omitted mentioning the much safer, supposedly nonhallucinogenic “18 MC” (synthetic ibogaine), which in animals is especially effective for nicotine – and is completely legal.

The ibogaine clinic mentioned in your story is not located in NYC, but in Agua Prieta, Mexico, opposite Douglas, Arizona. We were hoping to get a dedicated wing of a new hospital under construction there with the money that was seized in Mattoon, Illinois. Agua Prieta is a relative oasis of calm for a Mexican border city. We can still do treatments there; the problem has been finding staffing while keeping the price of treatment in the $2000-3000 range. Unfortunately the price of treatment has ballooned lately at many other clinics – still a steal compared to conventional rehab, such as $1000 a day for Hazelden, which might as well be the moon for anybody but the rich. And Hazelden's treatment doesn’t work. Ibogaine works, but many people relapse and require retreatment. So having a place people can drive to from Nebraska instead of flying to Puerto Vallarta or Cancun is a boon for people who desperately need something effective for drugs, alcohol and nicotine.

We also have a clinic charging $2000 in Toronto, but no one with a criminal record can get into Canada - which excludes the kid I already bumped into in here who found out about ibogaine on his own and just needed referral to affordable treatment for his heroin cravings. (Have the prosecutor and the judge in this case really thought through the consequences of locking me up with hundreds of people who need ibogaine treatment? Since they contend that a law that excuses killing someone in self-defense doesn’t cover the non-violent provision of life-saving medicine to sick people, I guess not.) Your readers can locate the cheapest, safest ibogaine treatment appropriate for their particular situation by calling the Yippie! Museum café at 212-677-5918.

A related issue left out of your story is the utility of medical marijuana as a maintenance drug after ibogaine treatment. Among my private patients were many ibogaine-treated ex-addicts who kept on the straight and narrow with medical cannabis. They are much less likely to relapse than those who drink. Somehow, after a little too much alcohol, a bag of heroin can seem like a really great idea. We now have a study, on the other hand, showing that cannabis fights cocaine craving - and White House Drug Czar Kerlikowske is now waffling on the “Gateway Effect” of the Just Say No era. Both ibogaine and medical marijuana work much better for a number of conditions than conventional drugs that were developed for a completely different indication. Readers should go to YouTube for “Sam’s Story” about an autistic child doing much better on medical marijuana than the heavy anti-psychotic meds he was on before. It breaks my heart to think of all the autistic children who could be helped by the “safest therapeutically active substance known to man.”

Finally, I recommend to you the story of my friend and former journalist for the New York Post, Mark Stamey. Mark broke the story of the Central Park cave man, but working long, grueling hours for Rupert Murdoch, he fell asleep at the wheel, crashed and woke up the second time with major head trauma and a permanent seizure disorder. The heartless New York Post fired him so they wouldn’t have to pay for his medical care. None of his conventional meds stopped the grand mal seizures. His girlfriend had to drive him up from Florida so that he could get the only thing that worked. And yes, I am proud I could furnish him with adequate medical grade marijuana for $900 to $1400 a pound. Now he has relocated to California.

It’s unfair to admit the testimony of the original arresting officer in my case, who was fired in western Nebraska for lying to a federal judge in a cocaine seizure, when no jury will get to hear from Mark, or the lady in a wheelchair with MS, or the man with AIDS who kept himself alive for 30 years on nothing but medical marijuana – no AZT, no drug cocktail. [underline added]

On Sept. 27, 2011, during my first heart attack, I actually died for a couple of minutes. I feel Almighty God brought me back because He still has things for me to do. When I was 13, and JFK was running for president, I got to shake his hand. He was a medical marijuana patient – smoked it for back pain. In 1962 he removed Harry Anslinger, the man who made marijuana illegal in 1937, from direct day-to-day supervision of the Federal Bureau of Narcotics, for going after Alfred Lindesmith and other “political enemies”.*

When I was 16, I hitchhiked to Washington and stood just next to the steps of the Lincoln Memorial for the “I Have a Dream” speech. So I have been blessed. We are offering ibogaine treatments for the worst addicts in Omaha, Lincoln, and Wahoo – who have failed every other treatment – as a community service alternative to confinement. But if I have to be imprisoned for following my conscience, I am there with Martin Luther King and Mahatma Gandhi. I may well die in prison of “natural causes.” But at least I don’t have to take an assassin’s bullet.

* Anslinger was kicked upstairs to the UN, where he passed the Single Convention international treaty against pot.
Posted by Douglas Andrew Willinger at 9:23 PM