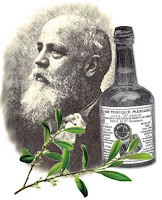 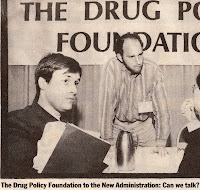 April 1987 - purchased the book 'Cocaine- Its History Uses and Effects' by Richard Ashley, where I first read about Angelo Francois Mariani and his Vin Mariani created amidst the 1860s female Parisian opera performer culture, and found safe and effective in western Europe and North America.

September-October 1987 - wrote the Fitz Hugh Ludlow Library Memorial Library about Mariani - Coca and received letter informing me of Chas Vermeulen Windsant in Amsterdam who got obsessed about the Mariani story, in spring 1978, at about the 64th anniversary of Mariani's April 1, 1914 death in southern France.

December 1987 - wrote letter to the Westchester Gannett newspapers about the banning of Coca and its perversion into concentrated cocaine while we push tobacco cigarettes upon the world - is published January 4, 1988

July 1989 - traveled to Amsterdam and Paris to pursue the Mariani story.

November 1989 - attended my first international conference of the Drug Policy Foundation, and have attended every such annual and subsequently biennial conference since.

July 1990 - traveled to Amsterdam to pursue the Mariani story.

November 1990 - attended my 2nd DPF conference, and published in their conference paper compendium my paper- 'The Ever-changing, Ever-confused Popular Conception of Cocaine'

November 1991 - attended my 3rd DPF conference; this is the 2nd time the D.P.F. publishes a paper by me; this 1991 paper is 'Water or Gasoline- Cocaine Prohibition'; and its the first time that I apply and am approved to appear upon a D.P.F. conference panel "the Cocaine/Crack Scene" where I talked about the cocaine continuum from ultra concentrated cocaine to Coca.

November 1992 - attended my 4th DPF conference; this is the 3rd time the D.P.F. publishes a paper by me: 'Cocaine Conversion- Onwards to Coca'.  And its the 2nd time I appear upon the cocaine panel "Cocaine- Trade and Policy", plus they put me upon an additional panel "The Americas- Is the U.S. Exporting Its Problems" that is moderated by Ethan Nadelman.

That's Nadelman I appear with in that newspaper photograph, doublessly seen by many people throughout the Washington, D.C. area, in an article about the drug policy reform movement and in particular the then recently held 1992 DPF conference.  The picture is simply captioned 'DPF to new administration- can we talk?'  My name does not appear.  But I am clearly recognizable.

After this point I am never again published by the DPF and its successor organization.  Asides from my successful COCA '95 panel at the October 1995 DPF conference, I am never again placed upon a panel, and the regular cocaine and crack' panel is deleted from the conference schedules, despite the DPF being established to deal with the drug war beyond Marijuana, and that it had been founded in response to the hysteria regarding 'cocaine'.

Douglas Andrew Willinger proposals made after 1992 and rejected by the Drug Policy Foundation - Drug Policy Alliance include:

'Coca - Turning Over a New Leaf Towards Reducing Health Care Costs', to be moderated by Dr. Lester Grinspoon of Harvard University

A Douglas Willinger proposal for a 'History Panel' for 1999 was accepted, but neither Willinger nor the coca-cocaine issue were allowed.  This was so even with the subsequent 'History' Panel in 2003 which had only 2 or 3 panelists, rather than the overflowing amount on the 1999 panel that featured the final DPF appearance of Dr. Rufus King, who died that December. 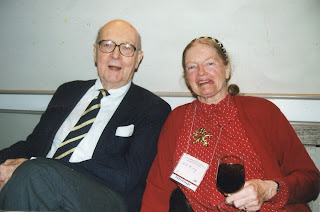