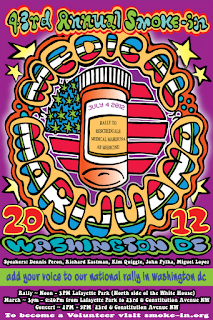 This is the annual July 4th Smoke In to Legalize Marijuana, in Washington D.C.at Lafayette Park immediately north of the White House, held every year since 1971.


Held annually on July 4th in Washington, D.C. for the past 43 years, this rally, march and concert is one of the oldest demonstrations advocating drug policy reform in the United States. The Smoke-In has undergone several changes since being created out of the BE-IN era of political movements. During it's history elected politicians in Washington DC have tended to view this annual demonstration as a youthful indiscretion at best, and arresting protesters at worst, and failing to engage in any meaningful compromise concerning marijuana prohibition. This is why our grass roots demonstration has an indelible appeal to the people who are having trouble getting a representative voice in their federal government's drug policy. Activists occupy and attend the Smoke-In year after year by unleashing the pride and empowerment of being a marijuana activist and will not cease until the politicians listen to and respond to their point of view. Currently the goal is to achieve equality and respect buy rescheduling marijuana at the federal level, please support this effort. Many thanks to the people involved in producing this demonstration year after year. Please support the activists who have donated their time & talent, they truly deserve credit for my dedication to the belief that some day marijuana prohibition shall end.

1971- 41 years ago- so many thought that legalization - ending the nightmare of prohibition -- was 'just around the corner'.  Yet instead a lingering status quo, with meaningful change stymied, especially with the changes for the worse in 1978 through 1986.

1986- I say take the fight beyond Marijuana, also end the prohibitions on Coca and Opium.

1987- The Drug Policy Foundation was founded in response to the this hysteria over 'drugs' and particularly cocaine ... and after 1992 drops the ball!  It makes itself more of a redundent 2nd NORML, limiting itself to Cannabis (Marijuana), plus a few "safe" things like clean needles.  Its as if injection should remain any drug's main mode of use-  distracting from rationally questioning whatever happened with natural plant drugs as Opium and Coca and others including Iboga - supressed under a drug war scheme that's all about protecting pharmaceuticals and cigarettes. 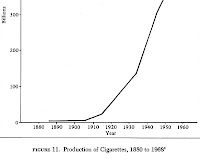 From Licit & Illicit Drugs, by Edward M. Brecher and Consumers Reports at page 230
showing upturns in cigarette use around the times of the 1906, 1914 and 1937 U.S. 'drug control laws'

2009 - Dealing with the situation with the 'Within The Beltway' stonewalling, with say a 300 year agenda as admitted by Ira Glasser at his keynote address at the DPA conference in November 2011, to eventually reduce such prohibitions - maintaining them as long as they can get away with to protect markets in pharma  -- Dana Beal and other drug policy activists smell a rat.  Hence, upon my advice, we organize the initial protest to begin seriously targeting a particular nexus of political power in Washington, D.C. long overdue in being spotlighted. 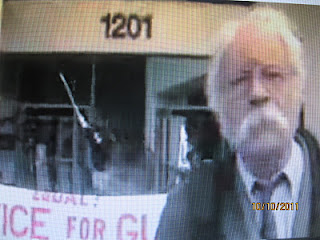 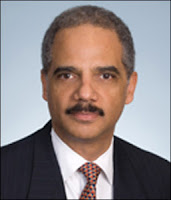 The founders of Covington & Burling LLP foresaw the pervasive effects of the forthcoming era of federal legislation, regulation, and taxation. In 1919, they sought to create a firm in the nation's capital that could advise and represent corporations located anywhere in the nation or the world on a wide range of legal issues. Today our Washington office has over 300 lawyers representing clients according to the highest standards and fulfilling the firm's strong commitment to public service.  http://www.cov.com/washington/

On January 20, 2009, President Obama was inaugurated, and we said farewell to a number of our lawyers who answered his call to service. Among them was our partner Eric Holder, who became the Attorney General of the United States almost sixty years to the day after Dean Acheson’s swearing in as Secretary of State.  http://www.cov.com/about_the_firm/firm_history/

Obama delivered heated rhetoric, but his actions signaled different prioities. Had Obama wanted to strike real fear in the hearts of bankers, he might have appointed former special prosecutor Patrick Fitzgerald or some other fire-breatheras his attorney general. instead, he chose Eric Holder, a former Clinton Justice official who, after a career in government, joined the Washington, joined the Washington office of Covington & Burling, a top-tier law firm with an elite white collar defense unit. The move to Covington, and back to Justice, is an example of Washington's revolving door ritual, which, for Holder, has been lucretive- he pulled in $2.1 million as a Covington partner in 2008, and $2.5 million (including deferred compensation when he left the firm in 2009.)

Putting a Covington partner- he spent nearly a decade at the firm- in charge of Justice may have sent a signal to the financial community, whose marquee names are Covington clients. Goldman Sachs, JP Morgan Chase, Citigroup, Bank of America, Wells Fargo, and Deutsche Bank are among the institutions that pay for Covington's legal advice, some of it relating to matters before the Department of Justice. But Holder's was not the only face at Justice familiar to Covington clients. Lanny Breuer, who had co-chaired the white collar defense unit at Covington with Holder, was chosen to head the criminal division at Obama's Justice. Two other Covington lawyers followed Holder into top positions, and Holder's principle deputy, James Cole, was recruited from Bryan Cave LLP, another white shoe firm with A-list finance clients.

Justice's defenders point out that prosecuting financial crime is a complicated matter requiring the highly secialized expertise found in the white-collar defense bar. But some suggest there is the potential for conflicting interest when the departments's top practices representing the very financial institutions that Justice is supposed to be investigating. "And that's where they're going back to," says Black. "Everybody knows there is a problem with that." (Two members of Holder's team have already returned to Covington.) A spokesperson for Covington was not available for comment. (Newsweek uses the firm as outside counsel.)  http://freedomofmedicineanddiet.blogspot.com/2012/05/newsweek-on-covington-burling-eric.html 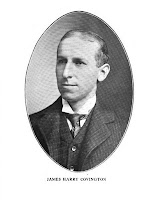 Covington & Burling is not just another law firm
http://freedomofmedicineanddiet.blogspot.com/2011/10/covington-burling-is-not-just-another.html

Open Invitation to Covington & Burling attorney Marialuisa Gallozzi 'assigned to take primary responsibility for advising the [Drug Policy] Foundation', with Covington & Burling long involved with organizations as DPF-DPA and Marijuana Policy Project, to speak at the Smoke In about legal activist strategies to end the 'drug war' - re-legalize plant drugs Opium and Coca as well as Marijuana and Iboga-Ibogaine.  Though useful for treating drug addictions, Iboga root bark and the isolated ibogaine alkaloid are 'schedule 1' - of a drug war not alleviating but rather perpetuating suffering.

Expose the 'drug war' as a FRAUD- in reality a criminal mercantilist pharma-cigarette 'drug war' enacted in a twisted U.S. Congress in 1914 against Opium, Coca and in 1937, Cannabis- a legal travesty further marked by the sweetheart exemption for alcoholic beverages and Tobacco products from retail ingredient labeling requirements.

2012 - the year to begin the end this mega boondoggle international estrangement from common sense- of perverting useful plants as Opium and especially Coca into white power poisons of abuse for a scheme to protect pharma and cigarettes.

Let's DO IT- End the pharma-cig mercantilism before the 100th anniversary of the Harrison 'Narcotics' Act. 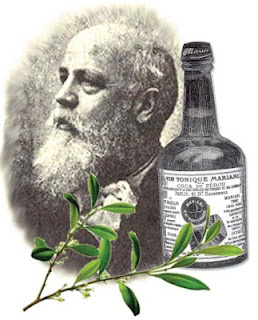 Angelo Francois Mariani
Vin Mariani-
the names say it all

A Blog to Check Now and Regularly http://southmallblogger.blogspot.com/

Posted by Douglas Andrew Willinger at 10:30 AM