O'Reilly makes a valuable mis-step/half-truth, which Nadelmann neglects to answer

Nadelmann could have at least mentioned the interply of pharmakokenetics and prohibition's iron law regarding Opiates and Cocaine in shifting markets to infinitely more concentrated forms of drugs and more problematic modes of drug taking.   For instance cocaine is a stimulant alkaloid found in small amounts in Coca leaves, as are caffeine and nicotine respectively in Coffee/other beverages and Tobacco.  But how much of the later two are consumed in white powder form, essentially unmeasured, of unstandardized potency, and in modes of taking that invite overdosing leading to the very incapacitation O'Reilly cites.   Do a tiny line of cocaine hci or chrystal meth and perhaps one is still within a range of enhancement -- aka a milder effect not interfering with life but rather the role of a gentle uplift.  But do a slightly larger amount, and they do interfere, like with cocaine crossing the threashold to where one does not want to hear music, and prefer to be alone or silent.   And they are easy to over-do in these concentrated forms.   So why Mr. Reilly do you insist upon a scheme that makes Opiates and cocaine only available in their dangerous forms, and which only really bans the safe forms? 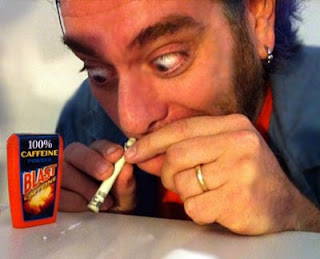 http://www.possessedbycaffeine.com/2011/07/blast-caffeine-powder.html
Why is it ok to make cocaine powder and crack highly proftable and inefficent uses of police resources, while really banning only the safe and effective products such as VIN MARIANI?

Why is it ok to ban Coca/VIN MARIANI? 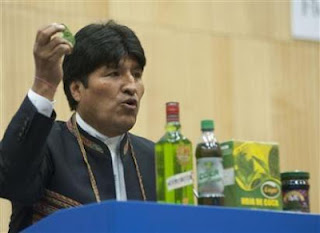 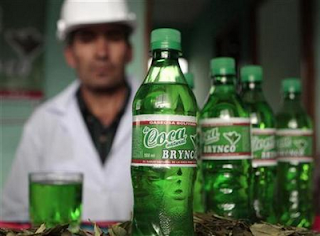 http://www.reuters.com/article/2011/01/19/us-bolivia-coca-idUSTRE70I0G920110119
Yet it is ok to permit the mass sales of cigarettes and other Tobacco products.  Nevermind that they are more physically addictive than heroin, and are most chronically deleterious, taking nearly half a million lives every year in the U.S., and over 6 million annually word-wide.

Especially so.  Why are these Tobacco products and alcohol the two classes of substances EXEMPTED from ingrediant retail labeling?   The initial 1906 U.S. Food and Drugs Act was predicated upon labeling some drugs, such as opiates and cocaine - but not others such as caffeine and nicotine.  Indeed it exempted Tobacco from its regulatory jurisdiction, by limiting such to substances listed in the U.S. Pharmacopeia which de-listed Tobacco in 1905, nevermind that this regulatory authority was vested with the U.S. Department of AGRICULTURE.   Wow!  the USDA gets to ban anything it declares as deleterious to health, yet could not regulate Tobacco- and apparantly was never challenged in a suit over this denial of equal protection under the law.

Coca is the safest stimulant.

Tobacco is the most dangerous.

Why the hell is Coca illegal and Tobacco legal?

What was the social costs of the 20th century ban on Coca and this protection of Tobacco and cigarettes?  Given their overlapping uses, the fact that the U.S.D.A. was exploring the feasibility of growing Coca in the U.S., that the U.S. had taken control of the Panama Canal project in 1903 to be completed in 1914 that would have significently shortened Coca supply lines from Peru to North Atlantic markets, and the U.S.D.A.'s stated concern specifically over the use of coca as a 'Tobacco Habit Cure', the drug war was anything other than about protecting the public's health.

That's a crime that's got to end.

They act in defference to protecting existing markets, as part of Ira Glasser's 300 Year time frame to go as slow as possible, such as down-selling "harm reduction" as clean needles and safer crack pipes, bit don't talk about the parent plant drugs of Opium and Coca- nevermind their listing in the 1914 U.S. Harrison Narcotics Tax Act.  It is as if they were being yoked, perhaps in part by being feed some exceptionally questionable advice.