ex-Covington & Burling Pharma Attorney With the Keys to the CSA

With all of the bs criminal federal 'crack'down on medical marijuana, people are going to wonder about the connection 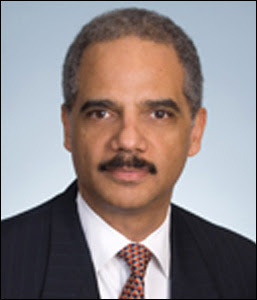 With the Controlled Substances Act granting so much power to the USAG, we can say the CSA thus so empowers a recent former Covington & Burling attorney who has represented big pharma
Yes, You Are Missing Something
by Tony Aroma, April 03, 2012, 05:44pm

It's called the Controlled Substances Act. It gives the power to schedule and reschedule controlled substances to the Attorney General (appointed, not elected), NOT Congress. The AG is part of the executive branch, meaning he (in theory) answers to the president. With a simple executive memo, the president could "encourage" the AG to reconsider marijuana as a schedule 1 substance. Really, that's all it should take.

In reality, the AG has delegated the responsibility for scheduling controlled substances to the DEA. In other words, not only are non-elected DEA officers making laws, they are also enforcing those very same laws. So, no way the DEA will approve rescheduling marijuana as it would put them out of business. Again though, a simple "suggestion" from the president could easily set things right, as the DEA are also part of the executive branch.