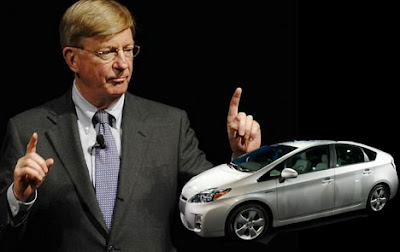 George F. Will continuing the fear-mongering over cocaine and opiates; distracting from the elephant in the living room of anti Opium-Coca cigarette-pharma criminal mercantilism

[excerpt] So, suppose cocaine or heroin were legalized and marketed as cigarettes and alcohol are. And suppose the level of addiction were to replicate the 7 percent of adults suffering from alcohol abuse or dependency. That would be a public health disaster. As the late James Q. Wilson said, nicotine shortens life, cocaine debases it.

The human nervous system interacts in pleasing and addictive ways with certain molecules derived from some plants, which is why humans may have developed beer before they developed bread. Psychoactive — consciousness-altering — and addictive drugs are natural, a fact that should immunize policymakers against extravagant hopes as they cope with America’s drug problem, which is convulsing some nations to our south.

The costs — human, financial and social — of combating (most) drugs are prompting calls for decriminalization or legalization. America should, however, learn from the psychoactive drug used by a majority of American adults — alcohol.

Mark Kleiman of UCLA, a policy analyst, was recently discussing drug policy with someone who said he had no experience with illegal drugs, not even marijuana, because he is of “the gin generation.” Ah, said Kleiman, gin: “A much more dangerous drug.” Twenty percent of all American prisoners — 500,000 people — are incarcerated for dealing illegal drugs, but alcohol causes as much as half of America’s criminal violence and vehicular fatalities.

Drinking alcohol had been a widely exercised private right for millennia when America tried to prohibit it. As a public-health measure, Prohibition “worked”: Alcohol-related illnesses declined dramatically. As the monetary cost of drinking tripled, deaths from cirrhosis of the liver declined by a third. This improvement was, however, paid for in the coin of rampant criminality and disrespect for law.

Prohibition resembled what is today called decriminalization: It did not make drinking illegal; it criminalized the making, importing, transporting or selling of alcohol. Drinking remained legal, so oceans of it were made, imported, transported and sold.

Another legal drug, nicotine, kills more people than do alcohol and all illegal drugs — combined. For decades, government has aggressively publicized the health risks of smoking and made it unfashionable, stigmatized, expensive and inconvenient. Yet 20 percent of every rising American generation becomes addicted to nicotine.

So, suppose cocaine or heroin were legalized and marketed as cigarettes and alcohol are. And suppose the level of addiction were to replicate the 7 percent of adults suffering from alcohol abuse or dependency. That would be a public health disaster. As the late James Q. Wilson said, nicotine shortens life, cocaine debases it.

Still, because the costs of prohibition — interdiction, mass incarceration, etc. — are staggeringly high, some people say, “Let’s just try legalization for a while.” Society is not, however, like a controlled laboratory; in society, experiments that produce disappointing or unexpected results cannot be tidily reversed.

Legalized marijuana could be produced for much less than a tenth of its current price as an illegal commodity. Legalization of cocaine and heroin would cut their prices, too; they would sell for a tiny percentage of their current prices. And using high excise taxes to maintain cocaine and heroin prices at current levels would produce widespread tax evasion — and an illegal market.

Furthermore, legalization would mean drugs of reliable quality would be conveniently available from clean stores for customers not risking the stigma of breaking the law in furtive transactions with unsavory people. So there is no reason to think today’s levels of addiction are anywhere near the levels that would be reached under legalization.

Regarding the interdicting of drug shipments, capturing “kingpin” distributors and incarcerating dealers, consider data from the book “Drugs and Drug Policy: What Everyone Needs to Know” by Kleiman, Jonathan Caulkins and Angela Hawken. Almost all heroin comes from poppies grown on 4 percent of the arable land of one country — Afghanistan. Four South American countries — Colombia, Ecuador, Peru and Bolivia — produce more than 90 percent of the world’s cocaine. But attempts to decrease production in source countries produce the “balloon effect.” Squeeze a balloon in one spot, it bulges in another. Suppress production of poppies or coca leaves here, production moves there. The $8 billion Plan Colombia was a melancholy success, reducing coca production there 65 percent, while production increased 40 percent in Peru and doubled in Bolivia.

In the 1980s, when “cocaine cowboys” made Miami lawless, the U.S. government created the South Florida Task Force to interdict cocaine shipped from Central and South America by small planes and cigarette boats. This interdiction was so successful the cartels opened new delivery routes. Tranquillity in Miami was purchased at the price of mayhem in Mexico.

America spends 20 times more on drug control than all the world’s poppy and coca growers earn. A subsequent column will suggest a more economic approach to the “natural” problem of drugs.

This completely ignores the different modes of use of opiates and cocaine, and the effects of prohibition into shifting use towards the most concentrated and dangerous modes.

Someone needs to cut off George Will and Mark Kleiman (who I have met and I know knows better- though is continually quoted as if the distinctions were irrelevant) supply of Coffee and any form of caffeine containing beverage, and just give them something akin to Blast, or nicotine sulfate, while others drink Coca based beverages including a reincarnated Vin Mariani and original formula Coca-Cola.
Posted by Douglas Andrew Willinger at 11:00 AM