"The Goddess Bringing the Coca Branch to Europe" and Families 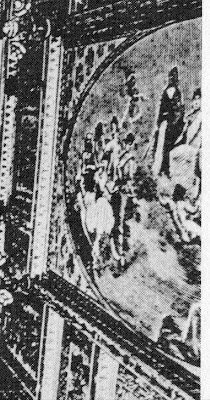 To me this looks like slightly more than half of a giant family portrait. Take an extra close look not only at the scan obtained from the book Coca Exotica by Joseph Kennedy, and likewise with those below directly from an Album Mariani showing the shoulder of a figure to the right of the Goddess in the Middle, with presumably another set of people on the right-hand side of this painting which is alas cut off.

Was painted or affixed to the ceiling of the Salon at Angelo Francois Mariani's Coca product production facility in Neuilly-sur-Seine, demolished, reportedly in 1948.

I have not found information whether this painting survived the buildings' demolition.

Surely someone out there has a full photo of this interesting painting to share about this most special 'gal' whose essence had been bottled ... 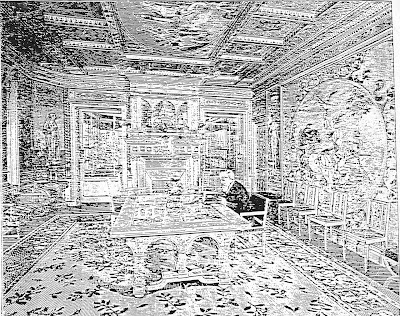 Trio of Most Ancient She-Spirits
http://continuingcounterreformation.blogspot.com/2012/04/trio-of-ancient-she-spirits.html
Posted by Douglas Andrew Willinger at 12:00 PM