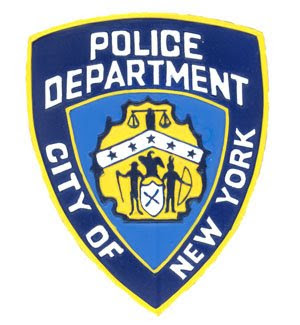 April 30, 2008 article in the New York Times reports on police scam of on-going criminal conspiracy to convert $100 'violation' into 'misdemeanor' of 'open to public view' for complying with police request to turn over 'contraband' Marijuana.

Somehow the article avoids answering how handing a small bag of Marijuana is 'open to public view' when one did not necessarily hold it in a way that passer buyers could see what's in the bag. Nor does it address why the courts tolerate this sort of police-policy crap.

Practice underscores the police debasement of society and themselves.

More than 30 years ago, legislators and the governor agreed, in broad terms, that the state would no longer jail people in possession of small amounts of marijuana.

The exceptions are that anyone caught “burning” marijuana or with it “open to public view” faces a misdemeanor charge.

The man who appeared in criminal court on Tuesday explained how his pot came to be openly displayed to police officers, even though he was in his car.

“I came out of the building, and this unmarked car, no light, no indication it was police, was right on me,” said the man, a Latino who asked that his name not be used because he was concerned about his job. “Right on my tail. An officer got out, he said, ‘I saw you walking from that building, I know you bought weed, give me the weed.’ He made it an option: ‘Give me the weed now and I will give you a summons, or we can search your vehicle and can take you in.’ ”

He opened the console and handed them his marijuana — making it “open to public view.”

“I was duped,” he said. But the deception was legal, and his pot wasn’t.

The officers escorted him in handcuffs to the unmarked car.

It is unclear why this is legal- because we are 'predisposed' to obey a police directive?

Police spokesperson attempt but fail to justify this make-work policy:

In an official comment on the study, the Police Department was critical of the role played by the New York Civil Liberties Union in publicizing the report and noted that the research had been backed, in part, by the Marijuana Policy Project, which supports legalization.

Paul J. Browne, the department’s chief spokesman, said that all crime in the city had declined by about 60 percent in the three decades cited in the study. “Attention to marijuana and lower-level crime in general has helped drive crime down,” Mr. Browne said.

Mr. Levine said that the only research on the issue suggested that marijuana arrests played little role in driving down serious crime, and may in fact divert police resources.

What of the skewed numbers on arrest by race? Mr. Browne said that it was wrong to use national drug use surveys as evidence of racial bias in New York marijuana arrests. Mr. Levine said that one reason black and Latino men were disproportionally arrested on marijuana charges is that they are the vast majority of those stopped and frisked by police.

The article does mention that these badged criminals go after males of all ethnicities and darker skinned people particularly at a greater rate:

Nearly everyone involved in this wave of marijuana arrests is male: 90 percent were men, although national studies show that men and women use pot in roughly equal rates.

And it does mention the politically cowardly behavior of NYC Mayor Bloomberg, who forfeited his opportunity to do the right thing:

Among the pretty large population of white people who have used pot and not been arrested for it is Mayor Michael R. Bloomberg. Asked during the 2001 campaign by New York magazine if he had ever smoked it, Mr. Bloomberg replied: “You bet I did. And I enjoyed it.” After he was elected and his remarks were used in advertisements by marijuana legalization advocates, Mr. Bloomberg said his administration would vigorously enforce the laws.

It is a shame it's unlikely that Bloomberg will be sued personally for his allegiance to a rotted out criminal government apostate to the U.S. Constitution. 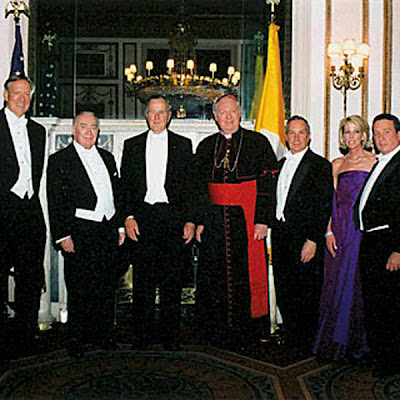 Remember Egan is the most powerful man in the Americas apart from his Jesuit controllers. He is the Sovereign Military Order of Malta's, Military Vicar and of course the Vatican's Archbishop of New York. Please remember that Rupert Murdoch, Michael Bloomberg and Eliot Spitzer are SMOM Papal Knights. These are subordinate to Edward Egan, Andrew Willoughby Ninian Bertie, Pope and the Superior Jesuit General. Heres a picture of SMOM Papal Knight, George H.W. Bush along with SMOM Papal Knight, Michael Bloomberg with their master, Edward Egan: