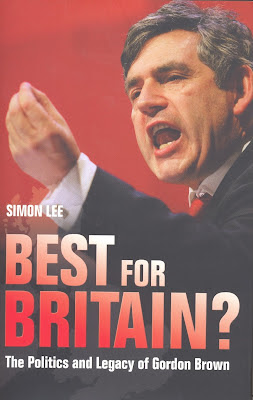 As British PM Gordon Browne prepares to ignore the recommendation of his own Advisory Council on the Misuse of Drugs and increase penalties for marijuana, he reveals once again how little he actually knows about the subject:

"I don't think that the previous studies took into account that so much of the cannabis on the streets is now of a lethal quality and we really have got to send out a message to young people -- this is not acceptable," Brown said. [Reuters]

Any way you look at it, this is just a total lie. The word "lethal" as defined by dictionary.com means the following:

–adjective
1. of, pertaining to, or causing death; deadly; fatal: a lethal weapon; a lethal dose.
2. made to cause death: a lethal chamber; a lethal attack.
3. causing great harm or destruction: The disclosures were lethal to his candidacy.

Even the 3rd definition, which may be the one Browne intends, is essentially figurative and is only used to describe non-living things, in this case a political campaign. The word is derived from the latin letalis, meaning death. It's just an incredibly poor adjective to describe a substance that has never killed anyone in human history. He says he wants to "send out a message to young people," but his message is just a big lie.

Thus, Browne is now expected to move forward with a plan to upgrade the criminal status of marijuana based on his own ignorant and wrong understanding of what the drug does, while disregarding the contrary advice of a whole council of experts who might actually know something about this.

This, my friends, is precisely how bad public policy gets made.

The Prime Minister of Great Britain lies through his teeth about Marijuana.

If pot is to remain illegal -- and become more illegal via being so rescheduled for being "lethal" - then what about the pharmaceutical 'anti-depressants' let alone the adulterated, misbranded cigarettes with all of their chemical accelerants which cause 400,000+ deaths annually in the US?

An honest government would investigate and prosecute cretins as Gordon Brown for racketeering for pharmaceutical and cigarette interests.

Some speculate that this man has severe brain damage:

More from Reuters: “Brown said he was particularly worried about the growing use of skunk cannabis, which he described as "more lethal".

It would be fascinating to know how PM Gordon Brown acquires his ideas about marijuana. How does someone remain that insulated from reality? It can’t be from smoking anything—which would no doubt improve his reality radar.

Searching the web about the PM reveals that Mr. Brown, a minister’s son (Church of Scotland), was kicked in the head in a school rugby match with a force that resulted in detached retinas, later corrected in one eye by surgery. Child abuse and brain damage may explain Mr. Brown’s later misgivings about marijuana.

Brown, a Scotsman, obtained a PhD in History (not chemistry nor biology nor neurology) from the University of Edinburgh. His thesis subject was The Labour Party and Political Change in Scotland, 1918-1929.

Scotland…and Edinburgh no less. Think Train Spotting and Acid House and ponder why the Roman Emperor Hadrian built his wall….

With no other apparent job experience, Brown went directly from his alma mater into the British Labour Party, where he became the number-two-guy behind Britain’s former PM, Tony Blair. Mr. Blair, as you’ll recall, was popular when he brown-nosed for Bill Clinton, and unpopular when he brown-nosed for George W. Bush. Strange how situations change. Stranger still that Brown didn’t notice any change in American politics in the last few years. Again, an indication of brain damage.

Brown’s brown-nosing for the Neocon ONDCP/DEA agenda has potential consequences in 2009 when, if things go well, subpoenas, indictments and warrants rain from the sky onto Bush and his co-conspirators. Gordon Brown will end his career as a political fart.

The part about him going straight in into politics without any apparent job experience suggests to me that Brown sold his soul to some sort of fraternal organization where its members utterly debase themselves in order to "get ahead", while making themselves utterly black mailable, hence controllable. That is the theme of the following Gordon Brown video: