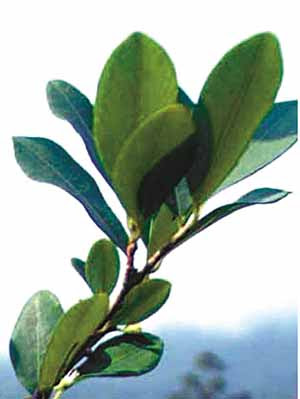 CNN gets some of the story:

New York (CNN) -- The United States metes out certifications to other countries for their cooperation on drug trafficking, but as the nation with the biggest demand for illegal drugs, who evaluates the United States? Bolivian President Evo Morales posed that question in an interview with CNN en Español, reiterating a recent comment that drew attention.

Since coming into office, Morales has expelled the U.S. Drug Enforcement Administration and the U.S. ambassador.

"Since we don't have an ambassador here, since we don't have DEA, and no dead and injured and no military bases from the U.S. here, they decertify us," Morales said Monday in the interview, which came during his visit to New York to attend the United Nations General Assembly.

Morales accused the DEA and the U.S. State Department of using their agents in other countries for political purposes.

The Bolivian president vowed to take his idea to regional bodies in Latin America to see if other countries agree.

Morales, an ally of Venezuelan President Hugo Chavez, accused the United States of trying to taint all "anti-imperialist" countries with the drug-trafficking label.

The comment was related to the arrest this year of retired Bolivian Gen. Rene Sanabria, a former anti-drug czar who was arrested in Panama and extradited to the United States to face drug trafficking charges. At the time of his arrest, Sanabria was working as an aide to a minister close to Morales.

Morales alleged that the arrested general and the United States were working together on a plan to smear his country's reputation.

"We have information that he is negotiating his years in prison in exchange for something," Morales said.

His anti-American rhetoric comes at a time when Morales is facing domestic pressures.

Indigenous communities are protesting the proposed construction of a highway through a national park where they live. The indigenous groups have also called for an end to hydrocarbon extraction from the area.

Morales called the demands unrealistic, noting that 90% of Bolivia's natural gas flows through that area.

"To cease means to leave the Bolivian people without resources," he said, adding that the government remains open to dialogue with the protesters.

Last month, he also blamed the United States for stoking protest marches against the highway.

"Morales, an ally of Venezuelan President Hugo Chavez, accused the United States of trying to taint all "anti-imperialist" countries with the drug-trafficking label."

"Ani-imperialist"- ah yes a useful slogan that implies (but alas does not really mean) opposition to an ancient regime: a slogan that obscures the belying political dynamics. Consider as a start how Evo Morales is presented in the garb of communism, with his political party the "Movement Towards Socialism". Consider the times that Evo has been photographed with Fidel Castro and Hugo Chavez- each the proverbial "anti-imperialist".

If these men were truly "anti-imperialist" what can be said about any possible efforts by Evo Morales to persuade either Cuba nor Venezuela to re-legalized Coca Leaf? If either Castro nor Chavez were such 'anti-imperialists" do they allow the sale of coca teas and other beverages, nor require tobacco products to NOT be exempt from retail labeling of ingredients?

Indeed, among the so-called left wing 'progressive' 'environmentalist' swaths of intelligentsia one will see infinitely more upon that single highway project in Bolivia, than upon the whole issue of, ahem, imperial MERCANTILISM, banning Coca perverting it into concentrated cocaine for the sake of protecting cigarettes.

That the word "mercantilism" is so rarely heard, in contrast to the fallacy of anti-capitalism, speaks volumes about the jesuitical rot of academia.
Posted by Douglas Andrew Willinger at 4:37 PM