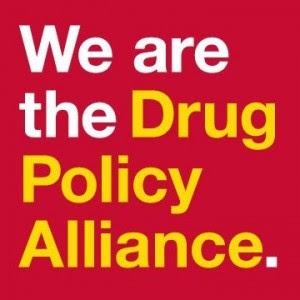 "... pretending that MJ is the only illicit substance with therapeutic benefit, while maintaining the fear of the other drugs. Thereby, it serves to slow drug policy reform to a speed of progress best described as glacial."

He is laying the groundwork for the creation of a system under which government and corporations would legalize, dispense and advertise hard drugs, much like tobacco or alcohol, and supply addicts with needles and drug paraphernalia. In effect, Soros appears to be financing drug legalization for the purpose of creating a new market for federal payments to underwrite drug purchases for addicts. Soros appears to favor an indoor version of “Needle Park,” where addicts come to government offices to inject or smoke their drugs at taxpayer expense.

His position is also reflected in his funding of the ACLU, which itself favors the legalization of all drugs?even heroin and crack cocaine?and opposes virtually all measures taken to curtail drug use. In another example of its extremist approach, the group has rejected funds from the Ford and Rockefeller Foundations, and participation in the Combined Federal Campaign, because acceptance of the money would require adopting measures to make sure it does not employ terrorists or support terrorist activity.

Indeed. Talk about hard drugs as a given. But don't even mention the forms that such drugs would be otherwise be generally used if not for prohibition. Assume that cocaine will remain a concentrated white powder drug, but don't dare discuss Coca. Keep Vin Mariani generally forgotten, let alone Coca's use at substituting for caffeine, nor Tobacco. For such is what we are being dished out by the DPA's meagerly advocacy of 'Harm Reduction".
Posted by Douglas Andrew Willinger at 12:00 PM