UPDATE- Phelps will not be prosecuted

The Drug War Wall Begins to Fall
From Washington, Vienna, Rio de Janeiro, Seattle and South Carolina, a Convergence into a Mighty River of Reform
By Al Giordano
Special to The Narco News Bulletin February 11, 2009 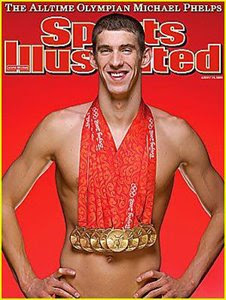 Twenty years ago, President George H.W. Bush named a blustering self-proclaimed moralist named Bill Bennett as drug czar. During the press conference to nominate him, an intrepid reporter asked the new czar how he could possibly lead the country away from dependence on addictive substances when he, as a cigarette smoker, was also an addict. The president and his czar huddled away from the microphone, whispering to each other, then stepped back up to the podium to announce that for the duration of his tenure Czar Bennett would refrain from smoking tobacco.

Nine months later, cartoonist Garry Trudeau, through his Doonesbury panels, “outed” Bennett as continuing his addiction through use of a relatively new product: Nicotine chewing gum, at the time available only through a doctor’s prescription. It took the so-called traditional media various weeks before the Washington Post confirmed the cartoonist’s scoop. And even then the story came and went in the flash of a single day’s news cycle.

I wrote about it then in a January 1990 cover story for the Washington Journalism Review (now, American Journalism Review): The War on Drugs: Who Drafted the Press? The media, then as now, day in, day out, reinforced the false narratives of the drug war as it blamed the problems prohibition creates – crime, corruption, illness and violent chaos everywhere – on the drugs and their users. And for most of these years, you could count the number of political leaders willing to question it on one, maybe two, hands: US Rep. Barney Frank, then-mayor of Baltimore Kurt Schmoke, then-attorney general of Colombia Gustavo de Greiff… profiles in courage, all.

Over the past week a number of news stories have surfaced in different corners of the globe that are flowing like tributaries into a mighty river of reform:

In Washington, the White House announced that DEA raids in medical marijuana states will end.

In Vienna, as Narco News copublisher Nora Callahan reports today, the US delegation to United Nations drug policy talks broke with Bush administration blocks placed on key reforms to the international drug war: the lifting of the 1988 ban on needle exchange programs in the United States requires a change in UN policy under treaties already signed. “The US will support and endorse needle exchange programs” for addicts to reduce the spread of AIDS and other communicable diseases, reports BBC radio.

In Rio de Janeiro, former presidents César Gaviria of Colombia, Ernesto Zedillo of Mexico and Fernando Enrique Cardoso of Brazil – all heads of state that had presided over prohibitionist policies in their lands – issued a joint report together with various Latin American intellectuals: Drugs and Democracy: Toward a Paradigm Shift.

“…it is imperative to rectify the “war on drugs” strategy pursued in the region over the past 30 years.

“Current drug repression policies are firmly rooted in prejudices, fears and ideological visions. The whole issue has become taboo which inhibits public debate. The association of drugs with crime blocks the circulation of information and segregates drug users in closed circles where they become even more exposed to organized crime.

“Hence, breaking the taboo and acknowledging the failure of current policies and their consequences is the inescapable prerequisite for opening up the discussion about a new paradigm leading to safer, more efficient and humane drug policies…”

1. Change the status of addicts from drug buyers in the illegal market to that of patients cared for in the public health system

2. Evaluate from a public health standpoint and on the basis of the most advanced medical science the convenience of decriminalizing the possession of cannabis for personal use

3. Reduce consumption through campaigns of information and prevention that can be understood and accepted by young people, who account for the largest contingent of users.

4. Redirect repressive strategies to the unrelenting fight against organized crime

5. Reframe the strategies of repression against the cultivation of illicit drugs

(On the fifth point, they note: “Such initiatives must also take into account the legal uses of plants, such as the coca leaf, in countries with a long-standing tradition of ancestral use previous to the phenomenon of their exploitation as an input for drug production. Accordingly measures must be taken to strictly adjust production to this kind of ancestral use.”)

As we noted nine years ago in the Opening Statement of this publication we titled Narco News, the winds of change are coming from this region and blowing northward.

“Latin America’s active participation in the global debate would mark its transition from a problem-region to a pioneering-region in the implementation of innovative solutions for the drug problem.”

For nine years we have reported as scores of Latin American leaders and organizations broke the imposed silence to criticize the prohibitionist model. They were met, each time, with smack downs and every kind of policy and personal blackmail imaginable from the Clinton and Bush administrations who preached “democracy” while meddling in the sovereign democratic affairs of Latin American nations. Today, still, the multi-billion dollar ravages of US-sponsored Plan Colombia, the repression and herbicides it has dumped upon that land, continue. And a copycat maneuver known as Plan Mexico (“The Mérida Initiative”) gears up to wreak the same kind of havoc much closer to the United States, all purportedly to fight the very problems caused by prohibitionist drug policy as the same policy worsens those very harms.

The statement by the three former presidents today – by calling on Latin American nations to make themselves laboratories in alternative drug policies (similar to how European nations have led successful innovations in “harm reduction” policies) – throws the gauntlet down to Washington and provides a golden opportunity for the nascent Obama presidency to walk its talk and cease the bullying US drug war intimidations of the past decades.

The aforementioned news out of Vienna – that the US will now cease to block some harm reduction policies through the UN treaties that bind member countries – offers the best indication that Washington, too, has come to admit some of the failures of its repressive approach.

There are two more news stories today, domestic to the United States, that have cracked the Drug War Wall a little bit more.

From Seattle come reports that the next US “drug czar” may be police chief Gil Kerlikowske. The Seattle Times reports:

In 2003, Kerlikowske opposed a city ballot measure, approved by voters, to make marijuana possession the lowest law-enforcement priority, saying it would create confusion. But in doing so, he noted that arresting people for possessing marijuana for personal use was already not a priority.

McKee said Kerlikowske knows the difference between cracking down on the illegal abuse of drugs and allowing the responsible use of marijuana.

Douglas Hiatt, a Seattle attorney and advocate for medical-marijuana patients, said his first preference would be for a physician to oversee national drug policy.

But Kerlikowske would be a vast improvement over past drug czars, who have used the office to carry out the so-called “war on drugs,” Hiatt said.

Kerlikowske comes out of a state that has pioneered drug policy reforms to the maximum extent tolerated by the previous US administrations. This, from the Drug Policy Alliance:

Washington allows patients to use medical marijuana if they have terminal or debilitating illnesses and documentation from a physician. This law was enacted in November of 1998 after voters passed Measure 692…

The State of Washington rivals New Mexico in its drug policy reform pace, enacting several reforms since 1996, ranging from legalizing medical marijuana to decriminalizing the sale and possession of syringes…

In 2002, the legislature passed legislation cutting the sentences for various non-violent drug offenses and using the savings (estimated to be $50 million over the next six years) to fund drug treatment programs. The legislation also implements a new sentencing grid in 2004 that will give judges more sentencing discretion. Supporters included (then-)Gov. Locke and Republican King County (Seattle) prosecutor Norm Maleng.

These are the waters in which Chief Kerlikowske has swum and has adapted splendidly according to all sides. His reported soon-to-be promotion to national drug czar would signal that what is present policy for the state of Washington could become the not-too-distant future policy for the entire nation. At minimum, Kerlikowske occupying the post from where Bill Bennett and General Barry McCaffrey waved their scolding fingers to demonize vast swathes of the population signals a ratcheting down of the scapegoating rhetoric that has been emblematic of US drug policy.

One more story floating over the airwaves is the 800-pound gorilla in the room: In South Carolina, a spokesman for the Richland County Sheriff tells reporters that Olympic gold medalist Michael Phelps “could be facing a drug charge” because of media-published photographs of the 23-year-old athlete smoking marijuana at a party in that jurisdiction. The sheriff has already rounded up eight friends of the swimmer for their alleged participation in his crime.

Not since the olden days in Nottingham has a sheriff been on the verge of sparking an incident that would have such mega-consequences for a population. Can you imagine, kind reader, the firestorm if the drug war – so accustomed to singling out the poor, the minority, the ill and the invisible – suddenly targets America’s Darling and makes Michael Phelps the most recognizable face of peaceful illegal drug use on the planet? It would be akin to throwing a lit match into the basement full of gasoline that underlies current prohibitionist drug policies. Phelps is healthy, soft-spoken, polite, of good humor, skilled on television (as his hosting of Saturday Night Live revealed)… Grandmothers everywhere, when they see his face, don’t want to send him to prison: They want to pinch his cheek.

The media circus that would ensue would bring the hypocrisy of the drug war into every living room and stir a nationwide debate around every kitchen table over how thoroughly senseless the US war on drugs has become. In the context of the step-by-step and incremental policy changes underway, the making of Michael Phelps into martyr and poster boy would serve, much like that first hammer in Berlin, to inspire a thousand more blows against the Drug War Wall, turning its evident cracks into gaping holes and its cement to rubble.