From The Flaming Sword:
The Monthly Magazine Devoted To The Science of Being 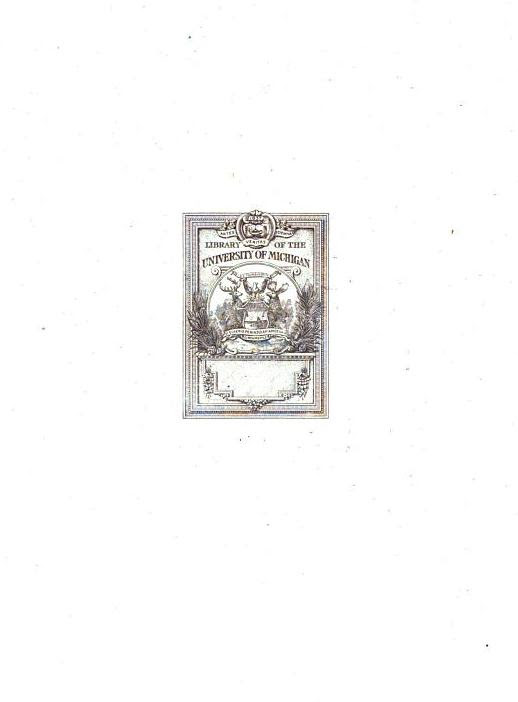 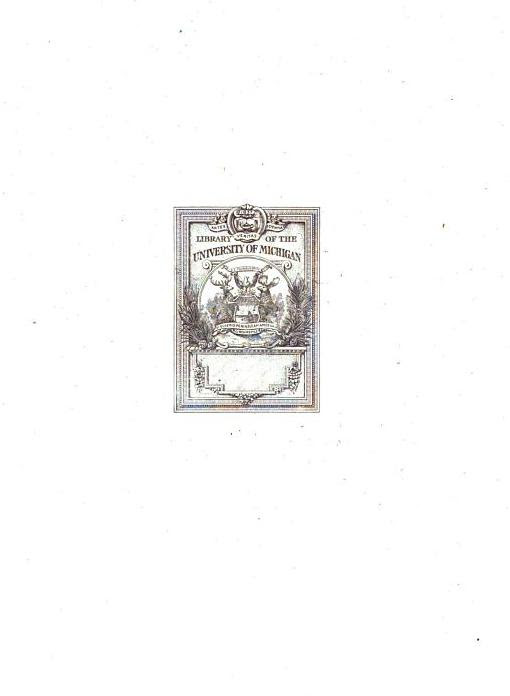 Progressive Societies Organized to
Fight the Conspiracy of Doctors

THERE ARE THREE great associations of medical _ men in this country at the present time— the American Medical Association, the American Medical Union, and the Association of Independent Doctors. The American Medical Association, or medical trust, is composed chiefly of physicians of the so called "regulars" or Allopathic class, and some of the '"irregulars," or Homeopathic. Dr. Charles McCormick says: "There are many trusts now-a-days, but the medical trust is the most dangerous, because it is the most far-reaching and most tyrannical of any trust on earth. It not only reaches deep down into the pockets of the masses, be they rich or poor; but it trifles with human health and happiness, and even human life and personal liberty.

"This professional trust is determined to crush out all competition, that is, all other practitioners except their own. This trust is determined to make it unlawful to be born, or be sick, or die, without tipping the hat and opening the purse to one of their kind. We cannot even bury our friends without consent of a medical health officer, and he ignores certificates from all but his own clan. This trust strikes directly at the liberties of the people; for it says, in unmistakable language, the people must hire them at their prices, whether they wish to or not."

Surely, this is an infringement upon the personal rights of the citizen, as guaranteed by the Constitution of the United States.

In 1899, the American Medical Union was organized as a demand of the age. Dr. Bland says: "It came into being as the organized protest against the spirit of despotism embodied in medical statutes and politico-medical boards [of the Allopathic doctors]. The 'regulars' de- * nounced the Homeopaths, Thompsonians, and Eclectics as 'quacks,' ostracised them professionally, and persecuted them in the courts, under the malpractice laws. * * Persecution, under the then existing laws, not succeeding to the satisfaction of the 'regulars,' they asked the legislatures of the various states to pass laws limiting the right to practice medicine to those who could pass examinations before boards of 'regulars.'

"The 'irregulars' [that is, the Homeopaths, Thompsonions, Eclectics, etc.] opposed all such bills with such wisdom and vigor as to prevent their passage. Then the 'regulars' [the Allopaths] proposed to the Homeopaths that they join them against the other medical sects."

Members of the American Medical Union represent all schools of medical practice. The objects of this organization are: "First, to promote fraternal sympathy and practical cooperation among physicians of all schools, with a view to general progress in medicine. Second, to protect the natural and legal rights of its members from oppressive and unjust statutes in the various states, and to secure the repeal of all medical statutes based on the principles of despotic paternalism, and secure the enactment of laws which shall be liberal and just, and therefore in accord with the fundamental principles of our republic."

The Association of Independent Doctors was organized September, 1907. This organization promises a vigorous campaign. It is opposed to unconstitutional legislation and discrimination in favor of any sect or class of doctors. It is going to educate the public to a realization of the danger of compulsory paternalistic laws relating to health matters. The chief purposes for which this association is formed are :

1. "To establish and secure the maintenance of such freedom of practice in the field of the treatment of human ills, as will insure to the American public the best advantages possible. 2. To protect members of the association from unjust discrimination, and the perversion of laws framed by the [Allopathic] medical trust to secure a monopoly of practice. 3. To protect the members of this association from malpractice or other suits which may be brought against them by designing persons. 4. To abolish state lines within the United States, so far as the practice of the profession represented by this association is concerned, and thus force all doctors to be more competent each day, or fall behind in the competition. 5. To expose in the official journal to be published by this association, any person who is found guilty of practices unbecoming to legitimate practice, whether he or she be a member of this association or not. 6. To educate the public to a correct understanding of the epithets 'quack' and 'empiric' 7. To promote honesty in the keeping of statistics pro and con with reference to vaccination and other matters on which there may be a difference of opinion. 8. To set an example to the world that will insure admiration and respect."

The founders of this association are fighters for human liberty and Constitutional rights. We have watched their work from its initiation. If they continue in this just cause for liberty of practice, and for the right of any one to call, in case of sickness, any physician he or she sees fit, this association will, within a short time, outnumber the two foregoing associations. Its mottoes are: "Equality before the law," "equal rights to all," and "special privileges to none."

This association demands the enactment of a law placing all physicians on the same footing. And as our forefathers won in the contest for religious liberty, we, their sons and daughters, will bravely enter upon the struggle for the twin sister, "medical liberty."

"This policy made the United States what it is today. Men's energies were unhampered. The incentive to individual thought and action was strong. A man found his level sooner. Experience kept school, and great things were accomplished.

"Gradually a change has come about. Now-a-days, the tendency is to make a law to remedy every evil that crops up, ragardless of the fact that it is only by education that we make any real progress. Evils tend to correct themselves if left alone [if you educate the people], but no law can legislate a fool into a wise man.

"The doctor is in a position to extend a helping hand to mankind by educating them to have proper standards of judgment. But as an educated man himself, he is consistently opposed to laws which, under the pretense of protecting people, really stifle those instincts and energies which would otherwise develop and broaden people, and consequently make for progress.

"The decision in the Bishop case, of a year or two ago, that parents are not legally obliged to call in a physician to a sick child, is probably correct. Of course, it seems hard that a child should die without medical attendance, yet the parents might have called in a man who had a diploma, yet whose practice was equivalent to doing nothing; (for more people die of poisonous drugs administered at the hands of so called educated drug-doctors than die of disease or old age). If people can be legally compelled to employ a doctor, it is easy to go a step further and declare that they must select some particular 'pathy' or 'ism.'

"Laws which encroach upon individual liberty always work more harm than good. Better freedom with its mistakes and occasional tragedies, than the iron compulsion of law which leaves no room for choice, and teaches no lesson.

"There is more danger in too much law than in too little. Laws passed to regulate people are easily turned into a source of blackmail. We should never forget that the best governed country is also the least governed country. Fewer laws, of a fundamental character, and those enforced is sound social policy. Let us not endanger the magnificent growth and prosperity of the United States by retrograding to the old monarchial idea of having the government do too much, instead of relying on our powers. Let us safeguard our country while there is time, by a vigorous opposition to all laws which hamper the individual under whatsoever specious plea they may be presented." —Medical Brief.

THAT THE Anti-Compulsory Vaccination Society hopes to form is a national movement for the protection of children and grown-ups from the serum fiends, who insist upon forcing their ideas upon all classes, denying opponents the right to think or choose whether they want to or not. It was organized in Chicago during the month of November, 1907. The cause of it was the announcement of the School Board that it had no power to admit children to school when ordered to shut them out unless vaccinated, and its proceeding to deny certain children their constitutional right.

"About a thousand dollars was subscribed to employ

attorneys for the purpose of carrying the matter into the courts to compel, by mandamus, the admission to school of the unvaccinated.

"It was declared by speakers at the meeting, some of whom believed in vaccination, that it is not a question of vaccination, but of the compulsory feature of it. They suppose that it was compulsory to be not vaccinated, and asked what the pro-vaccinationists would think of being forced to risk taking smallpox against their will; then declared they object to being forced to risk vaccination, which they regard as infinitely more dangerous than smallpox—it being shown by the Bulletin of the State Board of Health (?) that during the year 1906, there were only two deaths from smallpox in the entire state, while there were one hundred and thirty-five deaths from tetanus (lock-jaw), nearly all of which was caused by vaccination or toxin."

The Purposes of the Society

THE PRINCIPAL purposes of the Anti-Compulsory Vaccination Society may be seen in the following extracts from its constitution:

"Sec. 1. To combat, with all the vigor of organization and right, the outrageous conduct of tht Chicago Board of Health (?) in its efforts to compel school c ildren to risk their lives and health by submitting to vaccination, or be deprived of their rights to attend the public schools.

"Sec. 2. To raise money to carry the matter to the highest courts in the United States, if necessary, to establish beyond question the right of parents and children to choose between using their own hygienic measures and taking the smallpox, or any other disease, and taking vaccine treatments which are alleged to be preventives of smallpox, but which have proved so dangerous that the health (?) boards dare not print true statistics about the cases of tuberculosis, erysipelas, cancer, scarlet fever, measles, and other diseases of children, caused by vaccination, and have so influenced the great dailies, that few of them will print any communications in which vaccination is condemned, even refusing to accept them as paid advertisements.

"Sec. 6. To never rest until brutal political doctors are driven from public office in shame. No man who insults callers at his office, because they dare protest against the endangerment of their families' lives and health, is fit to occupy a public position."—Ophthalmologist.

With continuity we ardently desire that this society may succeed, and thus hold the Allopathic Political Medical Trust responsible for the murder (death) of children by compulsory vaccination. As this Medical Trust has only a mercenary object in vaccinating children, we predict that it will drop its tactics concerning this infernal business, as one would drop a hot coal of fire.
Posted by Douglas Andrew Willinger at 11:12 PM