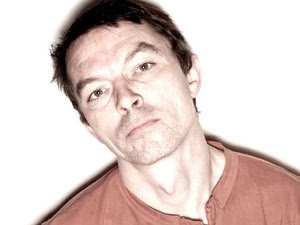 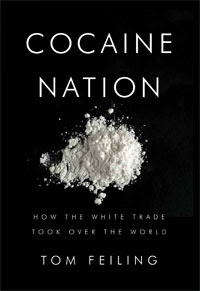 "The first scare stories about cocaine in American newspapers focused upon those thought least able to handle it. This was the era of the first segregationist laws and the high point of the lynchings of black men in the Southern United States. Much of the cocaine in the United States arrived on ships sailing north from the Pacific coast of Latin America, through the Panama Canal and north to New Orleans, where it seems to have found favour with the city's dock-workers, as it helped them to work long hours with little sustenance, a habit their employers were keen to foster. In 1912, Dr. Charles B. Towns opined that "When an overseer in the South will deliberately put cocaine into the rations of his Negro labourers in order to get more work out of them to meet a sudden emergency, it is time to have some policy of accounting for the sale of a drug like cocaine. 21 Nothing struck panic into Southern White Americans quite like the threat of Black violence. Since cocaine use also lead to binges and brawls, Southern voters were soon calling for cocaine to be banned outright. Dr. Christopher Koch of the State Pharmacy Board of Pennsylvania testified before Congress that "most of the attacks upon white women of the South are the direct result of a cocaine-crazed Negro brain". America's first drug Tsar, Dr. Hamilton Wright, alleged that drugs made black men uncontrollable, and that they encouraged them to rebel against authority of White people.23

The United State Pure Food and Drug Act of 1906 required that the inclusion of certain drugs in patent medicines be clearly indicated on the label, so that consumers would know what they were taking Manufacturers had extensive ranges of products that they could not afford to see compromised by negative publicity over cocaine. consumers could still buy pure cocaine, but most consumers of mild coca and cocaine infused preparations simply stopped buying then, or switched to decocainated version if Vin Mariani and Coca cola, unfortunately the authorities made little distinction between coca and cocaine, or between problematic and unproblematic drug use. as a result, legitimate concerns over public health and misleading advertising were highjacked by imaginary fears and generalizations. "

The Panama Canal was first opened to traffic on August 15, 1914. Yet Cocaine Nation has it serving the cocaine trade previously?
Posted by Douglas Andrew Willinger at 12:00 PM