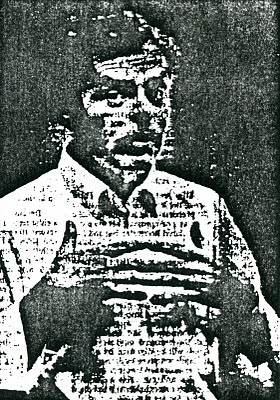 One of the world’s foremost authorities on the coca plant, the source of cocaine, unveiled findings yesterday that chewing the leaves may not damage health after all, and in fact probably helps prevent crippling diseases like diabetes.

The findings, made public during a lecture at the University of California at Berkeley, grew out of more than 14 years of research among Indians of the Andes in Peru, Bolivia and other South American nations.

The researcher, Canadian anthropologist Roderick Burchard, said Coca may be the key ingredient that protects many Andean Indians from bad health associated with their heavy diet of potatoes and other carbohydrates.

He said the findings raise the possibility that cocaine could sometimes be good for health but that his study wasn’t designed to examine abuse of this plant in its various forms. Cocaine is one of the most potent of 14 alkaloids in the Coca plant.

In his continuing studies with rats, he noted, those on a high-carbohydrate diet that did receive the drug cocaine experienced a metabolism shift that left them leaner and healthier.

He warned that current efforts to eradicate coca growing could “bring on one of the major health crisis in the entire world.”

Burchard, a University of Manitoba professor on sabbatical at UC, said extensive medical tests on the Andean natives – the first such exams – showed that Coca slowed the transfer of carbohydrates into blood sugar and helped stabilize insulin flow.

Many Andean natives he said showed initial insulin responses that would indicate the presence of diabetes but were free of the disease because of the “buffering effect” of Coca.

“There’s no question that Coca regulates energy metabolism and glucose response and insulin response,” he said.

The research refutes assumptions cited as early as Sigmund Freud’s time that Coca chewers are malnourished mountain dwellers who use the plant as energy to compensate for lack of food, Burchard said.

“It’s commonly thought that Coca is only used at the high altitudes of he Andes, but that is not true. It’s used at all altitudes.”

Moreover, he said, Coca chewers, on the average, eat at least as well, if not better than non-chewers. He showed a photo of one 80 year old male Coca chewer who had a full head of black hair and skin and muscle tone akin to a 30 year old.

Nearly 90 percent of Indians in Peru and Bolivia depend upon Coca as part of their diet, chewing an average of 35 to 40 grams a day. He said that amount would contain about a fifth to two fifths of a gram of cocaine, which is a considered a high dose for cocaine abusers by drug officials.

But a wad of Coca leaves in the mouth – called a Coca quid” is the prototype of an implanted time-release device,” Burchard said. He likened it to experimental drug implants designed to release small amounts over a long period.

Burchard said he completed his field tests in 1979 but was delayed in reaching his findings, partially because it took two years to get permission to import Coca leaves to Canada.

He’s now finishing a book tentatively titled “Coca As a Gift From God. It’s Our Medicine.” Burchard said the title came from the answer one Indian gave him when asked why he used Coca.”

Burchard said his field studies included the only comprehensive medical examinations and diet histories of Indian Coca chewers but were not received without risk.

Taking blood samples, for example, “almost got him and his colleagues all killed,” he said. “Our lives were within five minutes of being taken” by the Indians, who did not understand what was happening.
Posted by Douglas Andrew Willinger at 12:00 PM