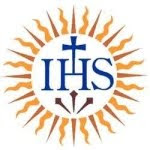 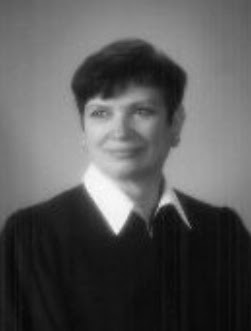 Nebraska Judge Mary C. Mcbride
This is the judge who disregards the U.S. Constitution to uphold illegal searches and seizures of Cannabis in eastern Nebraska, such as that victimizing Dana Beal and his companions in the fall of 2009. A group of us, including those from a local law school, saw her at the suppression hearing in early 2010, where we heard about:

- a 'drug' dog without certification
- a police officer - Engel - who is revealed by Dana's attorney to be a perjurer (liar) in past cases
- a command from the police that 'you are free to go' which the police than ignore and tackle the victims stealing them of liberty and property.
- the fear of the prosecution of inquiry into such behavior as a part of police training (as a response to all of those 'how to deal with the police' video)

Mary Mcbride's unconstitutional decision upholding this search and seizure was only issued later, resting upon testimony that there were multiple cell phones in the vehicle, more than the number of people in the vehicle, hence somehow establishing 'probable cause'. The stop itself, with its multiple interviews (questionings of the vehicle occupants) was predicated upon the driver (Chris) exceeding the speed limit by one mph before slowing to a few mph under and a partially obscured license plate, upon a two lane road paralleling I-80.

Mary Mcbride's decisions appear to be motivated by her personal opposition to Medical Cannabis.

Mary Mcbride committed perjury and conspiracy to commit such against Dana's companion Chris, sentencing him to 1 year in prison for refusing to state that Cannabis is not medicine. She is delusional, if not consciously dishonest, insisting that Cannabis is not medicine, and commits perjury by so insisting that in court, and in insisting that those before her conform to her perjury, even confusing per se bad acts (such as theft and murder) with those that are simply somehow illegal (substance possession and/or commerce).

Mcbride began her legal career in 1982, as a law clerk to Justice Boslaugh of the Nebraska Supreme Court. In 1984, she became corporate counsel to Peter Kiewit Sons', Inc, until being appointed County Court Judge (5th District) in 1992, and in 1998, promoted to the position of District Court Judge in 1998.

Mcbride got her formal legal eduction from Creighton Law School- a JESUIT ORDER institution which is supremely influential though the U.S. via such JESUIT institutions as Fordham and especially Georgetown University.

Located in Omaha, Nebraska in view of the Missouri River and the Loess Hills, Creighton University School of Law is a Jesuit Catholic institution educating aspiring attorneys in the theory, practice and ethics of lawyering for over 100 years. Consistent with its mission, the Law School's motto is "educating for service and justice" and its goal is to produce attorneys who not only meticulously care for their clients' needs, but also recognize their own over-arching duty to the profession and society at large.

In 1903, Creighton's president, Rev. Michael Dowling, S.J., began formulating plans for a Department of Law. He sought advice from the local Bar and the University’s major benefactor and namesake, Count John Creighton. The Count is reported to have said: "Why should I lend my support to such a project when it is common knowledge that all lawyers are scoundrels?" Father Dowling responded, "that is one of the best reasons why Creighton University should undertake the education of your men for the legal profession." The support was forthcoming and on October 3, 1904, twenty-three law students were welcomed as the first class. This first group of students was welcomed by a dean, an associate dean, and 31 practicing attorneys who donated their time to teach.

Much has changed in the past century, yet much has remained the same. Coursework for first-year law students at Creighton in 1904 included constitutional law, torts, property, contracts, criminal law, and moot court. That same curriculum is reflected in law schools across the country today with the exception of criminal law, the inclusion of civil procedure, and the addition of a moot court component of the legal writing class. In 1904, the faculty consisted of a dean, associate dean and 31 practicing attorneys who donated their time to teach. Today, 30 full-time professors who are experts and published authors in their fields and who are dedicated to training Creighton's 480 students.

These 480 students are among the best in the nation. Drawn from over 40 states, 7 foreign countries and 165 undergraduate institutions, they move into judicial clerkships and jobs at top law firms in Omaha, Chicago, Denver, Houston, Kansas City and beyond. With three fully functioning courtrooms and a state-of-the-art wireless technology Law Library, students leave Creighton prepared to enter practice and succeed. Anchored in its humble beginnings a century ago, Creighton has emerged as a leader in Catholic legal education and is moving forward boldly into the 21st Century. In 2009, the law school again hosted Supreme Court Justice Clarence Thomas as he taught a supreme court seminar to second and third-year students, celebrated third-year student Joseph Larson as one of 15 students nationwide selected for a Burton Award for Excellence in legal writing, and sent a student from the Milton R. Abrahams Legal Clinic to argue in front of the Nebraska Court of Appeals.

Creighton is one of fourteen Jesuit Catholic law schools in the U.S. One out of every ten American law students is enrolled in a Jesuit law school. Situated primarily in urban centers, these schools were traditionally among the first to provide women and minorities access to high-quality legal education. With a reputation for rigorous study, Jesuit law schools value the pursuit of academic excellence and preparation for public service. ...

Ironically, this Jesuit law school opened the very same year that such "knights having shown great prowess" as Harvey Washington Wiley began the crusade for the pharmacratic inquisition cigarette racketeering scheme later known as the 'drug war'. It is a scheme that has cost over 100 million lives via protecting cigarette markets protecting the most dangerous from the safest -- Tobacco from Coca, far worse than commonly seen than simply prohibition's iron law of shifting markets towards more concentrated forms of the banned drugs, yet one which has been deceitfully presented as somehow protecting people's health.