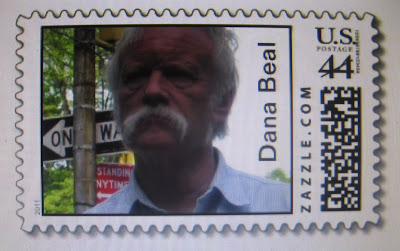 A strange thing happened to me right when they were taking me to prison... They had to let me go cause I up and died on them (heart attack.) I have zero memory of what happened. I think the attack was triggered by a panic which caused shortness of breath because they never tell you they're moving you (security). I had already been in the hole twice for saving food; twice for religious dispute over the Koran. Suddenly I'm on the floor and one of the same guys who put in last time is giving me cpr. They transferred me to the hospital in Dodgeville, which was inadequate, so I ended up waking up in St. Marys in Madison, under guard of a Sheriff's deputy.. St Marys does hearts, and after about a week the DA and Sheriff let me bail out, cause Iowa county couldn't afford to keep a deputy in Madison.... A few days later I'm doing a double bypass. After a week they kicked me out...

The thing is, I kind of warned the Judge about my bad health. Both my dad and my mother's dad died of stroke at 65. (I forgot the grand dad also died of a heart attack.) So instead of going to prison for 20 more months, it all became probation. I'm still facing Nebraska charges, and there's no guarantee they're giving me credit for the 9 mos I spent on hold in Wisconsin on their charges. They gave a co-defendant 17 mos. and he didn't even exercise his right to put on a medical necessity defense. I may have to do the same sentencing hearing all over again, with some what different witnesses.

You are so right Dana. We cannot pretend not to know about the flat our greed and other forms of fuckery behind the drug war.

We've marched, voted, boycotted, reason, petitioned, begged, worked within the system and without, sacrificed everything and the politicians are still owned by big business.

The time for change in NOW!