The 'Drug War' PROMOTES Drug Abuse Over Drug Use

From Undoing Drugs: Beyond Legalization; How We, The People, Can Retake America From The Drug Dealers, Drug Addicts, And Drug Enforcement Agents, by Daniel K. Benjamin and Roger Leroy Miller, at page 23

Penalties against users also encourage a change in the nature of usage. Prior to 1914, cocaine was legal in this country and used openly as a mild stimulant, much as people use caffeine today. Cocaine [in the form as a component of Coca extract] was even an ingredient in the original formulation of Coca-Cola. This "extensive" type of usage - small, regular doses spaced over long intervals - became more expensive when a substance is made illegal. Such usage is more likely to be detected than is "intensive" usage (a large dose consumed at once), because the drug is possessed longer and must be accessed more frequently. Thus, when a substance is made illegal there is an incentive for consumers to switch toward usage that is more intensive. In the case of cocaine, rather than ingesting it orally in a highly diluted liquid solution, as done before 1914, people switched to snorting or even injecting it after the passage of the Harrison Act. During Prohibition, people dispensed with cocktails before dinner each night; instead, on less frequent occasions when they drank, they more often drank to get drunk. The same phenomenon is observed today among teenagers who (illegally) consume alcohol: People under the age of twenty-one use alcoholic beverages less frequently than do people over the age of twenty-one, but when they do drink, they are more likely to drink to get drunk. Even Communists seems to respond to incentives. During the first two years of Gorbachev's war on vodka, the number of cases of drunkenness on the job more than doubled. 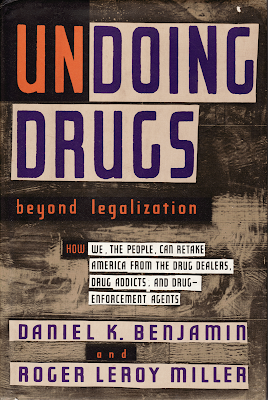 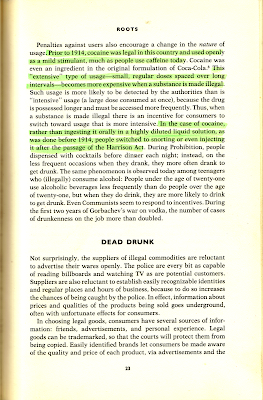 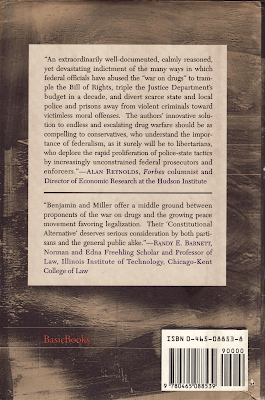 Posted by Douglas Andrew Willinger at 5:25 AM