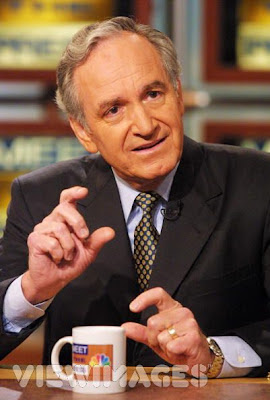 Here at NORML we are used to seeing some hysterical, unfounded claims made about the ills of cannabis. However, even we were shocked when a supporter from Iowa sent us Senator Tom Harkin’s (D, IA) raging, reefer madness-esque reply to his note asking him to justify why medicinal cannabis is still illegal after the second largest medical association in the country, the American College of Physicians, publicly backed rescheduling of cannabis and the protection of patients who use it for medicinal purposes. Here’s the highlights of the reply he received (full text here):

Thank you for contacting me. I am always glad to hear from you.

I was deeply troubled when I learned of another recent study which found that nearly one-third of all eighth graders had tried marijuana. As the father of two daughters, it greatly disturbs me that children are exposed to drugs at such a young age. I am concerned that legalization of this drug will only increase the number of children who gain access to its harmful effects.

The victims of the drug war are many -- the small child whose parents are so addicted to illegal drugs that they sell everything including perhaps their own children to obtain a fix; the police officer’s family which must now learn to cope with the loss of their loved one as a result of a violent drug bust gone awry. These are the people I think of when I say that drugs pose a significant threat to the security of this nation.

Legalizing drugs is equivalent to declaring surrender in the war on drugs. However we may differ in tactics, I am hopeful that we can work together to fight drugs in our communities and to make Iowa drug free.

Again, thanks for sharing your views with me. Please don’t hesitate to let me know how you feel on any issue that concerns you.

Okay, so setting aside the fact that Senator Harkin’s response pertains to legalization of marijuana, and not medical cannabis as the constituent asked about, let’s deconstruct some of the myths propagated in this letter.

This is an untruth propagated by the drug czar’s minions. The Drug Abuse Warning Network (DAWN) collects its data on ‘marijuana related emergencies’ by noting every single time someone tells their doctor that they use marijuana. So if I were to accidentally break my leg and go to the ER, and my doctor asked if I use any drugs and I say I occasionally smoke marijuana (as I should, as we should all be honest with our physicians), then this would be a ‘marijuana related emergency,’ even if I hadn’t smoked in weeks.

And fatal? Please! As Professor Emeritus of Psychiatry at Harvard Medical School Lester Grinspoon wrote in the Journal of the American Medical Association, “There is no known case of a lethal overdose; on the basis of animal models, the ratio of lethal to effective dose is estimated as 40,000 to 1. By comparision, the ratio is…between 4 and 10 to 1 for ethanol (alcohol).” Additionally, a 1994 report by the Australian National Drug and Alcohol Research Centre found that “There are no recorded cases of fatalities attributable to cannabis, and the extrapolated lethal dose from animal studies cannot be achieved by recreational users."

2. “I was deeply troubled when I learned of another recent study which found that nearly one-third of all eighth graders had tried marijuana.”

I do not doubt that marijuana is easier to obtain for minors than alcohol, which troubles NORML as well. But this problem is precisely why prohibition is a terrible policy-there is no incentive at all for suppliers to keep their product out of the hands of children. This is in stark contrast to alcohol, whose vendors must protect their valuable liquor licenses (often costing around $100,000) by ensuring they do not sell to minors. You didn’t think they did it out of the kindness of their own heart, did you? In a regulated market, government can incentivize suppliers in this way. On the black market, we leave kids out in the cold-and the prohibitionists point to us and say, “What about the children?” Which brings us to…

3. “The victims of the drug war are many - the small child whose parents are so addicted to illegal drugs that they sell everything including perhaps their own children to obtain a fix; the police officer’s family which must now learn to cope with the loss of their loved one as a result of a violent drug bust gone awry.”

Classic drug war rhetoric-let’s avoid serious policy discussion and instead flee to hyperbolic appeals to emotion, without serious examination of how these nightmare scenarios are facilitated by current policy. First, marijuana is less addictive than current legal drugs, according to the Institute of Medicine, let alone illicit drugs one might associate with the type of dependency described above.

While marijuana generally is not associated with the same level of violence that other illicit drugs are, there is no doubt that there have been fatal incidents (some involving law enforcement) involving marijuana. The tragic aspect of this fact is that given marijuana’s proven relative safety and lower addiction rates compared with legal drugs, the prohibitionist policy towards it-sustained by the same kind of rhetoric that Senator Harkin uses-has contributed more to the violence than any other factor. Indeed, when one looks at the alcohol industry today, there is no violent crime in the production and shipment of their goods; yet were one to see the same industry in the 1920s during alcohol prohibition, one might have seen other Senators making the same empty arguments about alcohol.

Another point, left out by Fisher is that the substances that people are "so addicted" are not only artificially expensive due to prohibition, but also hyper-glycemic -- aka rapidly absorbed for being hypeconcentrated -- again popularized due to prohibition with its favoring things as concentrated forms of cocaine and opiates over Coca and Opium.
Posted by Douglas Andrew Willinger at 6:33 PM