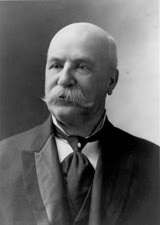 V. Congress, Homeopathy, and the HPUS

Shortly after the AIH acted in 1908 to strengthen the HPUS, Senator Jacob H. Gallinger (R-NH) a prominent antivivisectionist and champion of various reform causes, sponsored an amendment to the 1906 Act that would have recognized the HPUS alongside the NF and USP [59]. Gallinger was a homeopathic physician with a degree from the and served as 's surgeon general before entering politics [60]. Although the amendment was defeated, Gallinger became minority leader of the Senate in 1912. At that time, there was a concerted effort to repeal the variation clause that had authorized standards other than those of the USP and NF under the law [61]. He reintroduced the amendment recognizing the HPUS following hearings on the variation clause. The HPUS amendment was rejected by the medical profession and scorned by Harvey Wiley, father of the 1906 Act, and neither it nor the repeal of the variation clause was enacted [62]. Gallinger's death in 1918 left the AIH without a prominent sponsor to continue the political fight for recognition of the HPUS. It was not until another homeopath arrived in Congress, nearly a decade later, that the initiative was revived.

Posted by Douglas Andrew Willinger at 5:15 AM